Anorexia has the highest death rate of any other mental illness. So why is it still so misunderstood?

That's what filmmaker Laura Dyan Kezman will explore in her forthcoming documentary, "Just Eat." The film will follow two eating disorder sufferers, one man and one woman, as they navigate their illnesses and common roadblocks to recovery.

Kezman, who was diagnosed with anorexia in 2006, chose to make the film after realizing that her own struggle to access adequate treatment was far from unusual.

"I realized this wasn't just a thing that happened to me, it was an epidemic that is affecting millions of people," Kezman told The Huffington Post. "Insurance denials and uneducated medical professionals are getting in the way of recovery, every day."

Kezman says that her goal is to educate people about the reality of having an eating disorder, and raise awareness about the obstacles sufferers face.

"We can stop talking about eating disorders in this conceptual way, and instead talk about what they really are," she told HuffPost. "Scientifically, what are the things we know? At the federal level, where is the money going? Are we granting people access to treatment? If not, what can be done to change it?"

Learn more about the documentary here. 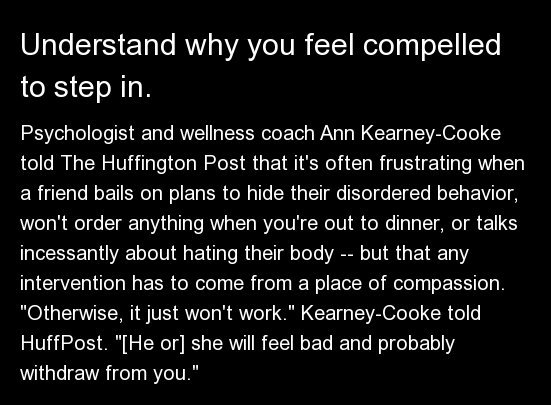