On Nov. 1, 1986, Ronda Morrison, an 18-year-old white woman and college student from a respected Monroeville, Alabama, family was found dead at Monroe Cleaners, where she had worked. She had been shot three times in the back.

Monroeville was famous for Harper Lee, author of To Kill A Mockingbird, where Atticus Finch, memorably portrayed by Gregory Peck in the film version, offered a tale about justice for the ages. For Walter McMillian, however, Monroeville spelled an extraordinary miscarriage of justice that put him on death row for the murder of Ronda Morrison, despite many witnesses that he was elsewhere, implausible testimony obtained by intimidation from a convicted murderer and bribery of another "witness," a discriminatory all-white jury in a venue to where the trial was (improperly) moved, suppression of exculpatory evidence by local officials, and Judge Robert E. Lee Key overriding a jury sentence of life in prison and ordering execution, among other gross violations of McMillian's rights.

Walter McMillian's "crime" was that he was poor, black, and known to have had an affair with a white woman in a state where, in 1986, its constitution prohibited miscegenation, despite a 1967 U.S. Supreme Court ruling that struck down anti-miscegenation statutes. As a former director of the Southern Prisoners Defense Committee (SPDC) once remarked, "capital punishment means them without the capital get the punishment."

Bryan Stevenson is the great-grandchild of a Virginia slave whose grandfather was murdered. He grew up in rural, impoverished, segregated Delaware and left his community -- but not his people -- to attend college at Penn and law school at Harvard. It was as an intern for the SPDC while visiting a death row inmate in a Georgia prison that he found his calling, for which thousands can be directly thankful for his legal representation over decades. Moreover, an incalculable number have known proper justice as a result of the state and national advocacy of The Equal Justice Institute (EJI), which he founded and grew to a staff of over 40 attorneys and a long line of students and volunteers, committed to the rights of those whose racial and social station in life was their sentence to the improper rule of law and the inhumanity of today's correctional system.

Walter McMillian's story is the running narrative in this book that mesmerizes the reader through his six years on death row, exoneration, and the deeply moving and complex process of reentry from prison. But his is not the only riveting story we read, as we meet many others for whom EJI fought: children, men and women whose liberty and dignity were stripped by a criminal justice system that reached epic proportions between 1990 and 2005, when a new prison was opened every 10 days in the U.S. Stevenson is as good a writer and story teller as he must be an attorney. 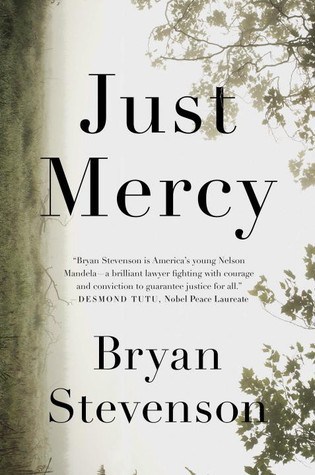 The EJI, over time, has served men and women on death row, worked to end the death penalty, battled racial bias in criminal proceedings, fought against excessive punishments, helped those with mental illness and developmental disabilities in correctional settings, changed conditions for incarcerated mothers, confronted police and prosecutorial abuse of power, challenged (successfully) the death penalty for children, and contested the many ways in which dark bigotry against the poor and people of color appears. EJI has argued five cases before the U.S. Supreme Court. It has won Sweden's Palme International Human Rights Award, in a country renowned for its commitment to rehabilitation and recovery of prisoners.

Yet, for all the extraordinary legal and societal accomplishments we read about in this book what stands out, front and center, is the humanity of one man, Bryan Stevenson. Not that for one moment does he do anything but tell us the facts, and reveal his struggles, doubts, and humility. There are many lovely anecdotes that portray this man and his mission. My favorite is when he is invited, in Montgomery, Alabama, where is lives, to come and "listen" when Rosa Parks visits with two other older, local women that Stevenson has befriended. He listens for two hours. Rosa Parks then turns to him and asks, "tell me who you are and what you are doing." He bursts forward with a laundry list of EJI activities before he realizes he likely has gone on too long, and stops himself. Ms. Parks looks at him and remarks, "Ooooh, honey, all that's going to make you tired, tired, tired." All laugh and then another of the women adds (reminding him of his grandmother), "That's why you've got to be brave, brave, brave."

Stevenson's conclusions bring light to the darkness he has witnessed, explored and labored to improve. Forgive them Father for they know not what they do may be his unstated but implied credo. He believes in the power of mercy, in the strength that derives from giving mercy, especially to those who may not deserve or expect it. It is Just Mercy, as his title exclaims, that is the path out of "victimization and victimhood, retribution and suffering." Ending violence and the abuse of power, he believes, lies in "just mercy." He has the wounds to prove his point.

P.S. In the wake of the Charleston killings of nine black churchgoers by a white man they invited to join their prayer service we see what Stevenson means. Instead of riots, more violence and racial polarity what happened were vigils and forgiveness. The Charleston black community and its leaders have declared that it is time to show that the hatred stops here and now. They are telling us, as well, that it is in mercy that all our salvation lies.

The views expressed here are entirely my own. I take no support from any pharmaceutical or device company.