Twelve years ago on June 11, 2001, the No Kill sheltering movement went from the theoretical to the real. As I drove into the parking lot for the first time as the head of the open admission animal control shelter in Tompkins County, New York, an agency which took in all animals for the 10 towns and cities that made up the County, I was met at the front door by a truck driver with five kittens he didn't want. Spaying his cat had not been a priority. And to him, the kittens were no longer "his problem." Whether they lived, died or anything in between was not his concern. By handing them over to us, in his estimation he had done his duty. He had brought them to the taxpayer-funded shelter, the animal control authority for the entire county, and they were now our responsibility.

For most shelters, this is the point at which the breakdown that leads to killing occurs, a killing that claims the lives of roughly four million animals in this country every year. The current view is that killing the kittens is, in large part, a fait accompli, and that the fault for the killing lies not with those who are actually doing the killing -- shelter workers -- but with the American public, in this case, the truck driver who was relinquishing his kittens. According to traditional sheltering industry dogma, it was his failure to spay his cat, his failure to make a lifetime commitment to the kittens that would have been to blame had the shelter in Tompkins County chosen to kill, rather than find homes for, the animals he no longer wanted. But this view, while endemic to the culture of animal control, is not accurate.

First, it is because of scenarios like this that shelters exist in the first place -- to provide a safety net of care for animals in need of a helping hand. Second, it is often the practices of the shelter itself that lead to killing, not the mere fact of animal homelessness. If a shelter does not maintain adequate adoption hours or has poor customer service, refuses to work with volunteers, foster parents, or rescue groups, fails to treat and rehabilitate sick, injured or traumatized animals, the shelter is not doing what is necessary to bring their killing to an end. And, unfortunately, this is precisely what is happening at shelters nationwide, including the shelter in Tompkins County before I became its Executive Director 12 years ago.

Thankfully for those kittens, on the day they were relinquished, the truck driver no longer lived in a community whose shelter still subscribed to those views. On that day, the Tompkins County SPCA explicitly rejected the policies legitimized and championed by shelters nationwide. Killing those kittens was not an option. Instead, we found homes for each of them. And from that humble beginning, the first full-service No Kill animal control shelter -- and thus the first No Kill community -- came into being.

Since that time, over 150 communities across the country have followed the same model that allowed Tompkins County to end the killing of healthy and treatable animals and have achieved the same level of lifesaving success. These shelters represent more than 400 cities and towns across America, with some posting save rates as high as 99%. To commemorate their success and the success of the first shelter to prove that a better, kinder, gentler form of animal sheltering is possible, animal protection groups declared June 11 a national "No Kill" day, a day that works to spread No Kill success to every shelter in America through a campaign called "Just One Day." 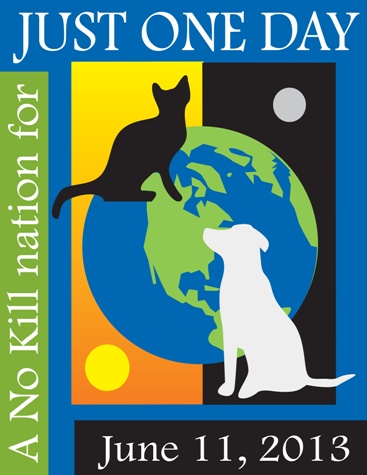 Just One Day asks shelters nationwide to explore and experiment with alternatives to killing that have already proven so successful in those communities which have implemented them so that they, too, can end the killing of the healthy and treatable animals in their care by finding them loving, new homes instead.

This year, roughly 1,200 organizations, including some of the largest animal control shelters in the nation, answered the call to participate. They put down their "euthanasia needles" and picked up cameras instead: to photograph and market animals. They reached out to rescue groups, hosted adoption events, stayed open for extended hours and asked their communities to help them empty the shelter the good way. And in communities across the country, that is what happened. Last year, this effort resulted in roughly 9,000 adoptions nationwide on June 11, erasing one day's worth of killing. This year, we hoped to save over 10,000 lives. And by all indications, we did.

In Boone County, Kentucky, row after row of kennels were empty by the end of the day:

In Roanoke, Virginia, there were banks of empty cat cages: 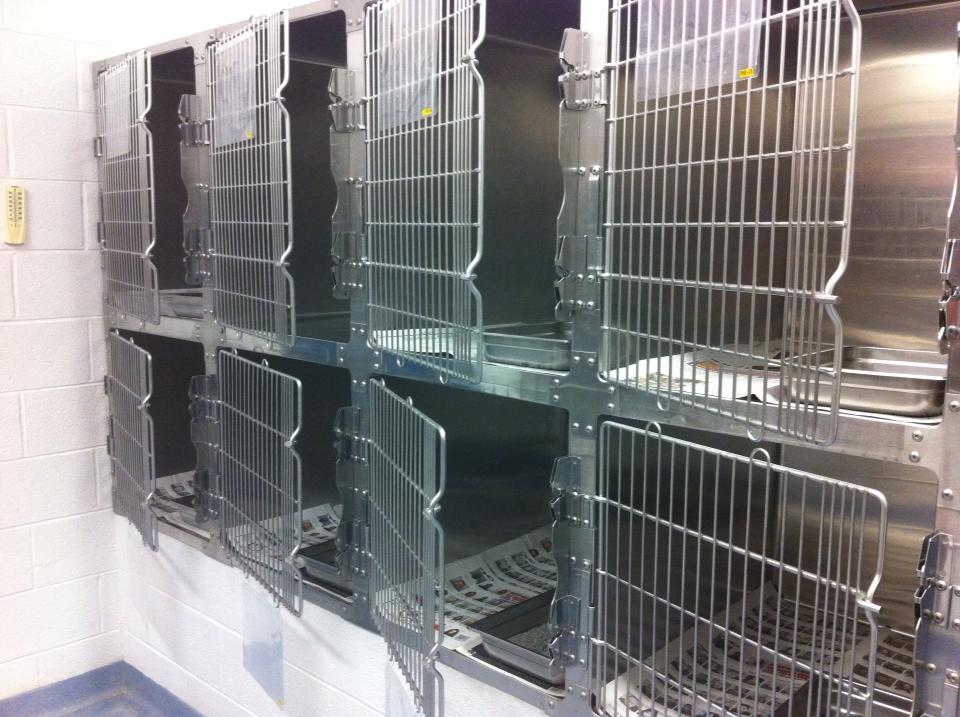 In Escambia County, Florida, they had their single best adoption day ever. In Jefferson Parish, Louisiana, 76 animals found a home. In San Antonio, Texas, 117 animals were placed. Similar stories occurred in shelters across the country, including shelters with historically high rates of killing and low numbers of adoptions. The number of groups participating and the number of animals finding homes was truly inspiring and showed what could be accomplished when groups come together, united by the common goal of saving lives, and laser-focus on that achievement.

But the news gets even better: If last year's success was any indication, many shelters will continue to save lives in the coming days, weeks, months and even years after experiencing first-hand the incredible potential afforded by appealing to the public's concern and compassion for shelter animals.

Indeed, one of the primary goals of the Just One Day campaign is to not only save animals through adoption on June 11, it is to get shelters resistant to the principles of the No Kill philosophy -- of marketing animals, of asking the public for help, of being open for adoptions at times that are more convenient for the working public and families, of using the media to save lives and of partnering with rescue groups -- to commit to trying these news ways of operating.

When they see the great potential afforded by these innovations, the hope is that many of them will continue to do those things not just on June 11: but on June 12, June 13, June 14, and well beyond. It's the first step in the larger journey to achieve a No Kill nation. In 2012, one new community per week achieved a save rate in the 90th percentile. This year's event, with 400 more participants, promises to continue that exciting trend.

In addition to the shelters and rescue groups participating, the media also picked up the baton as newspaper and television reports across the country reported on local Just One Day events and successes. And in Colorado, Governor John Hickenlooper even signed a proclamation declaring June 11 a No Kill day throughout the state.

Of course, the greatest appreciation belongs to those who opened their hearts to the animals -- the thousands of adopters who rose to the occasion and welcomed a new member of the family into their homes. One adopter wrote that they were so excited the entire family could not sleep the night before.

This family drove three hours each way to a participating shelter to adopt this dog: 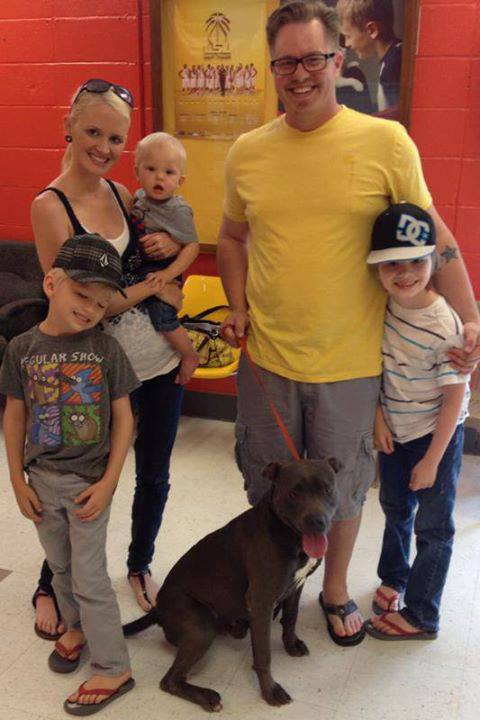 This dog is all smiles as he was one of many who found a home: 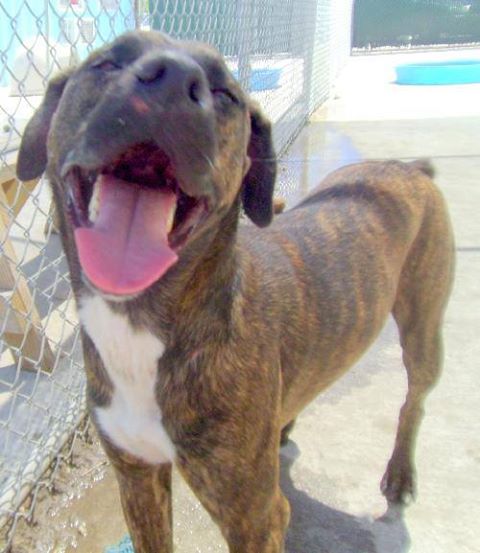 Lots of cats also left the building to their new lives as cherished companions, including this cat: 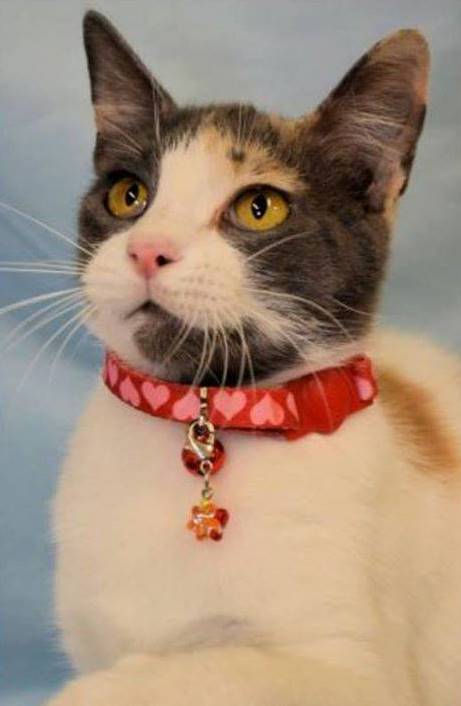 This kitten who was on the kill list at a shelter which refused to participate was saved by a rescue group which did: 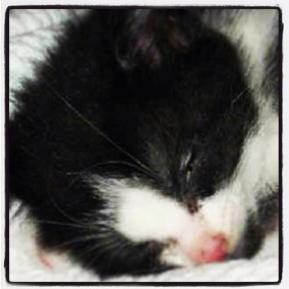 Nor were bunnies left behind. These two were spared the needle: 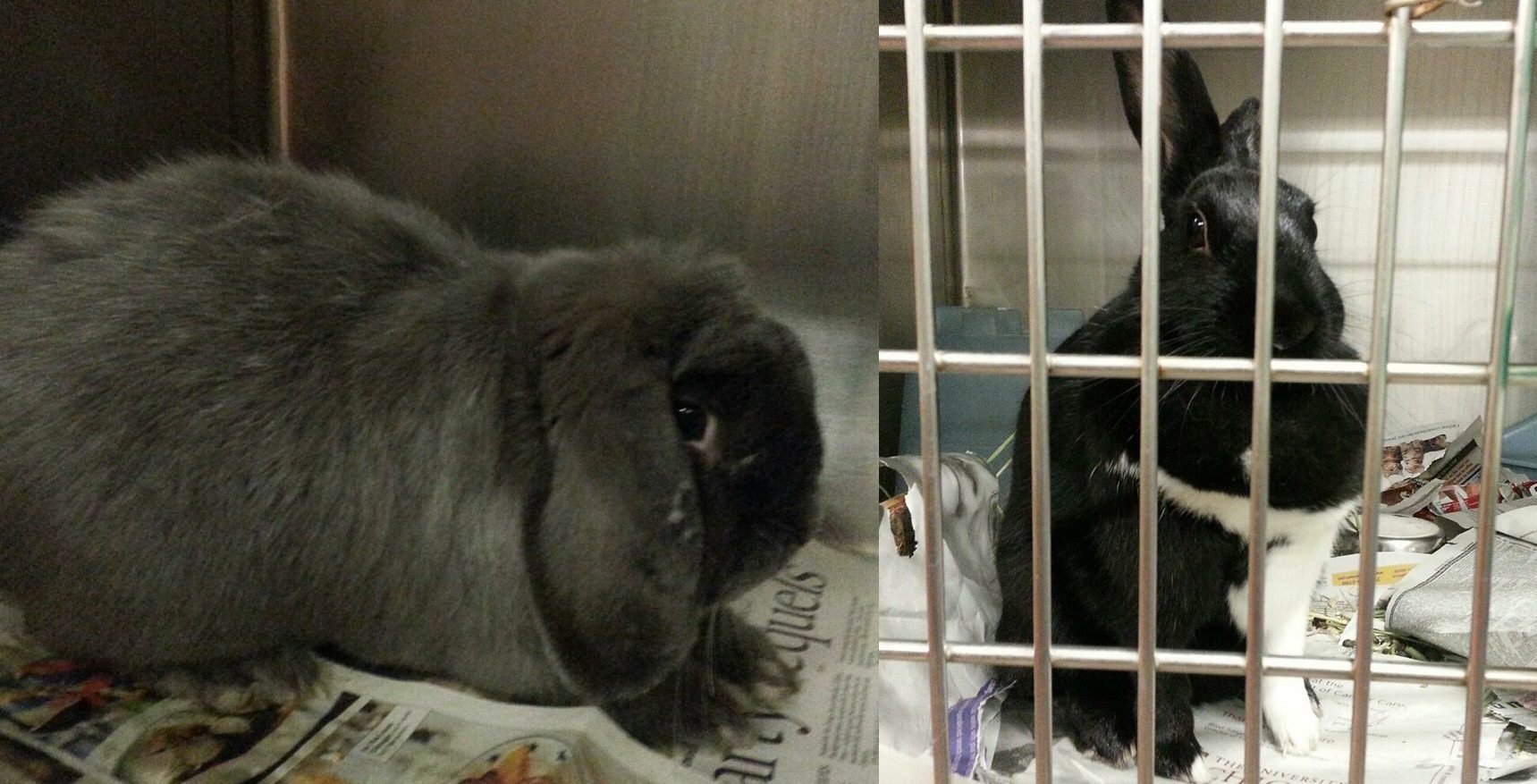 Tuckered out after a long day, these pups, adopted from a participating shelter together, spend their first night sleeping on a bed in their new home, rather than a kennel: 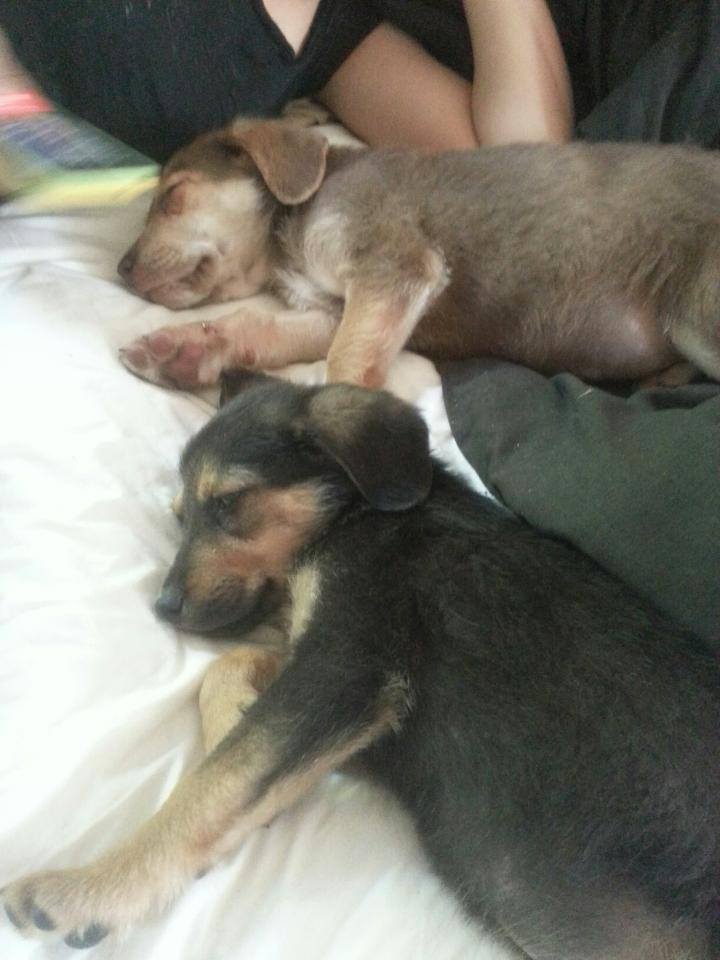 From the large and confident: 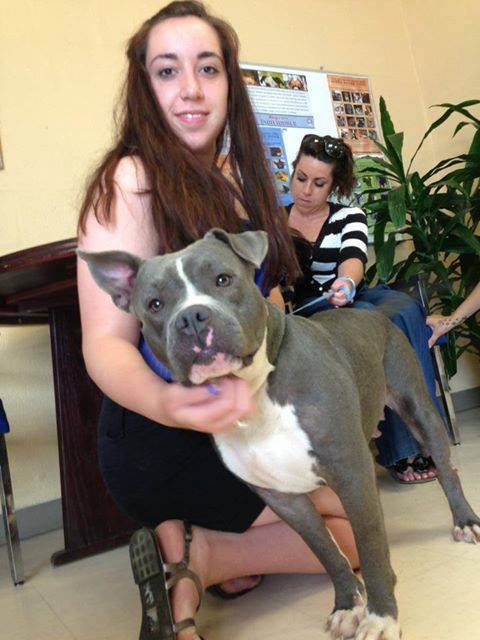 To the small and timid: 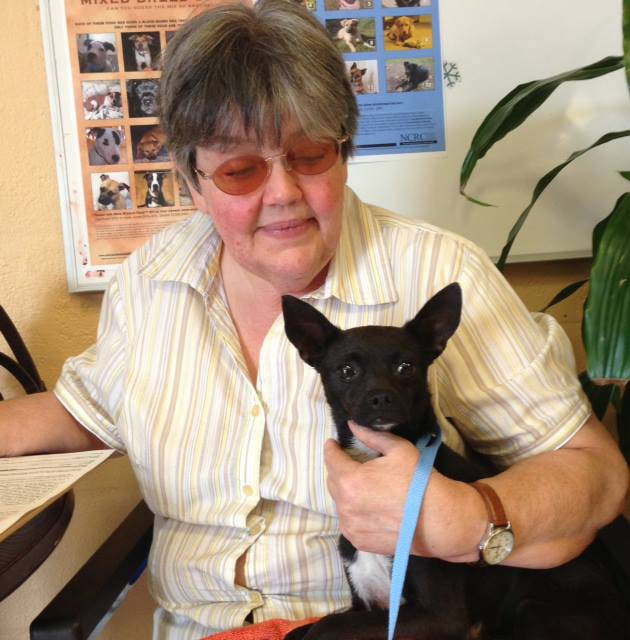 Sometimes one at a time: 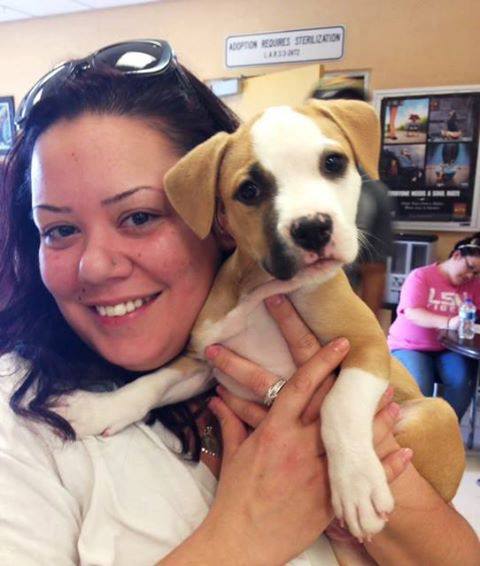 Sometimes in groups of two: 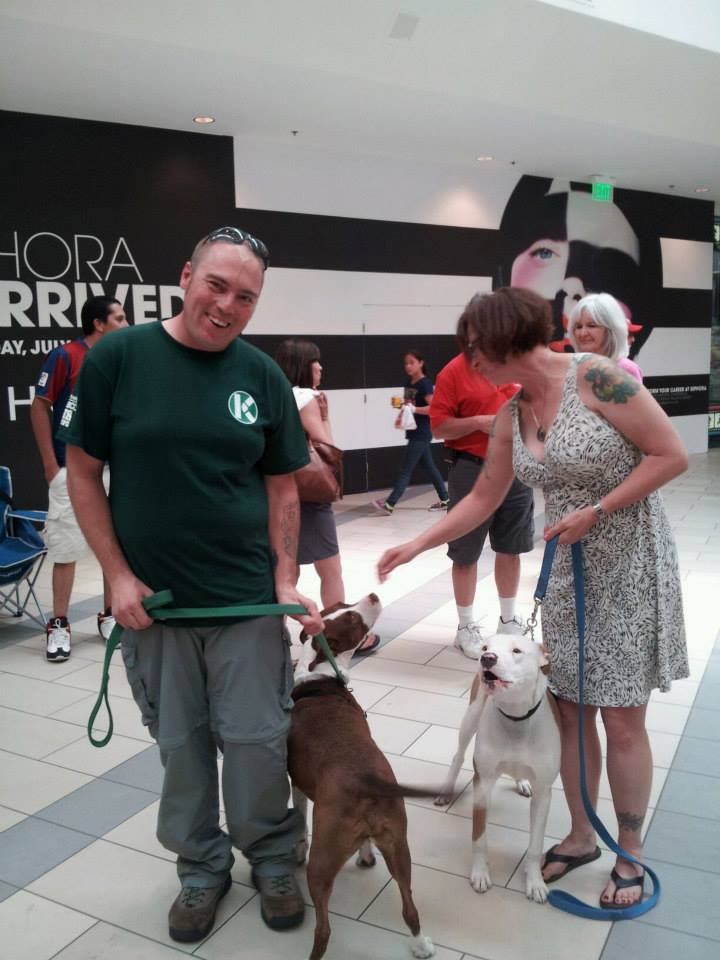 On June 12, shelters opened their doors, knowing with pride and satisfaction that they cleared out their shelter the good way and not by killing. And not only did they save precious lives, but they made it easier to continue saving even more, their cages and kennels were now ready and available to animals who need a helping hand. For the public, for shelters which willingly participated, for all those new adopters and most of all, for the animals, June 11, 2013 was a good day, a happy day, an important day, and an unqualified success: perhaps the safest day for animals in shelters in U.S. history. Thousands of animals were adopted, 1,200 shelters and rescue groups came together, adopters welcomed a new family member, the incinerators remained shuttered and the morgues stayed empty. We erased more than one day's worth of killing in the U.S.

It was a celebration of life for animals like this little dog, adopted on June 11, who danced his way into a loving, new home: 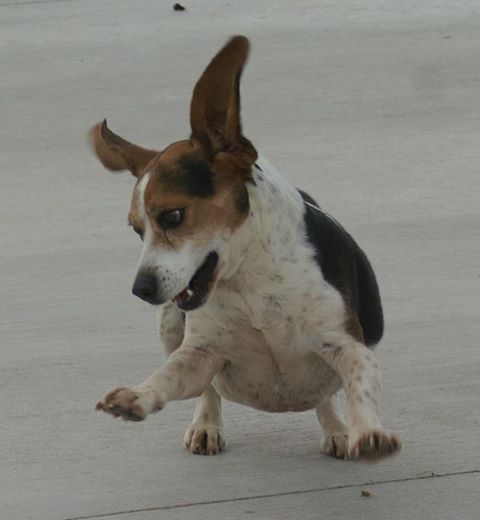