The eighth in a series on "born-digital" literature, this post is a continuation of my interview with digital poet Jason Nelson 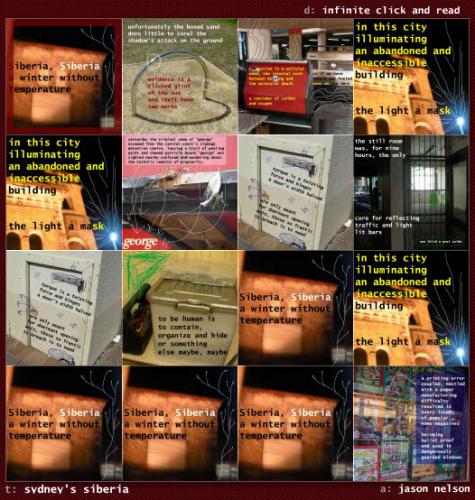 In this blog post, I continue my discussion of Jason Nelson's works of interactive poetry, which he affectionately calls his "creatures," by considering two quotes, the first from contemporary philosopher Giorgio Agamben, the second from poet Rainer Maria Rilke:

"Language itself... is perhaps the most ancient of apparatuses--one in which thousands and thousands of years ago a primate inadvertently let himself be captured, probably without realizing the consequences that he was about to face." Giorgio Agamben, "What is an Apparatus"

What is it that repeatedly presents itself to my mind? It is this: The coronal suture of the skull ...has..a certain similarity to the closely wavy line which the needle of a phonograph engraves on the receiving, rotating cylinder of the apparatus. What if one changed the needle and directed it on its return journey along a tracing which was not derived from the graphic translation of a sound, but existed of itself naturally-well: to put it plainly, along the coronal suture, for example. What would happen?" Rainer Maria Rilke, "Primal Sound", 1919, quoted in Friedrich Kittler's "Grammaphone, Film, Typewriter"

Whereas Agamben describes technology as a mechanism of "capture", Nelson, like Rilke--a poet working a hundred years before him--sees technology in a different way, as a means of unleashing new forms of poetry into the world. These dual forces--one of arrest and confinement and the other of poeisis--a bringing forth--were explored by Martin Heidegger in his seminal essay, "A Question of Technology" (1954) Although it is tough going, I quote it at length because it speaks to why born digital writing is the future of writing.

"Technology is therefore no mere means. Technology is a way of revealing. If we give heed to this, then another whole realm for the essence of technology will open itself up to us. It is the realm of revealing, i.e., of truth. This prospect strikes us as strange. Indeed, it should do so, should do so as persistently as possible and with so much urgency that we will finally take seriously the simple question of what the name "technology" means. The word stems from the Greek. Technikon means that which belongs to techne. We must observe two things with respect to the meaning of this word. One is that techne is the name not only for the activities and skills of the craftsman, but also for the arts of the mind and the fine arts. Techne belongs to bringing-forth, to poiesis; it is something poietic."

Heidegger does not think technology per se is dangerous, rather it is our relationship to it that endangers. Technology as enframing apparatus has the potential to order the universe in a single, unchanging way--unchanging because everything and every being becomes what he calls a "standing reserve" that is a resource to be used by the ordering system.

"The threat to man does not come in the first instance from the potentially
lethal machines and apparatus of technology. The actual threat has already
affected man in his essence. The rule of Enframing threatens man with the possi-
bility that it could be denied to him to enter into a more original revealing and
hence to experience the call of a more primal truth...Enframing does not simply endanger man in his relationship to himself and to everything that is. As a destining, it banishes man into that kind of revealing which is an ordering. Where this ordering holds sway, it drives out every other possibility of revealing." 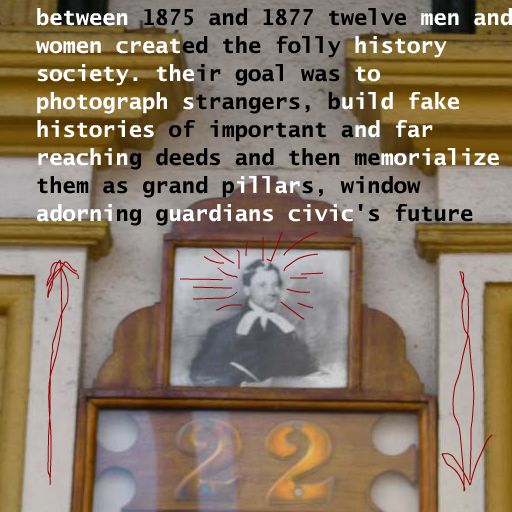 A fascinating example of these principles is Nelson's "Sydney's Siberia", an infinitely zoomable digital mosaic poem in which the player executes a literal enframing of image and text. Although the program overtly limits ways in which participants can view the work, (the zoom and surface movement are the only allowable actions,) at the same time, it encourages participants to organize information in a novel way. Without fixed spatial cues, color becomes the guidepost that allows the player keep her "place" in the vertiginous act of reading.

Here is Nelson discussing the telescopic character of his poetry:

"I like to think my work challenges or even redefines how we understand concepts like text or poetry. Most of the elements in my strange creatures can be considered vital poetic texts. Movement and interaction, sound and image, interface and data/code are all as important to the construction of a digital poem as words. Some do balk at this notion, because it does make the line between fine art and poetry very, very blurry and in some cases near invisible. But no one would question whether a poem could be written in sign language, with all its movement and symbolic imagery. Digital poetry extends the notion to an ever-expanding group of possible poetic texts." 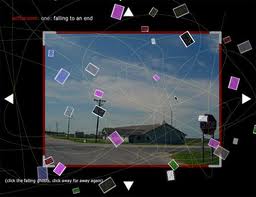 I asked Nelson about the relationship of language to technology in his work.

How do generate the texts for your poems? The cascade of card texts in "Wittenoom"(an interactive poem about the demise of an asbestos mining town in Australia) seem computer generated. Were they? In your process of making a work, do you go from the strictly sensible to the somewhat nonsensical or do you go from nonsense to some sense?

"Before I began exploring the combination of the digital and literature/art, I wrote these strange poems about engineering and medicine and physics. To raise the words into poetic adolescence, I would adventure into the old stacks of libraries and 'borrow' the loose pages of decaying 19th century science journals and books. I would lift out phrases and terminologies, sequences which seemed to translate the poetics of machines/chemicals/tiny bodies, with poems were formed around these, nearly, religious lines.

More recently, I've been experimenting with speech-to-text software. Even in their best behaviors, these programs spit out clumsy understandings of our warbling, with all sorts of biases for business and politics and premade intelligences. So, I use the software, with its most tolerant settings, to record movies, radio, speeches and other audio texts. Then, I mine these long and indecipherable strings of language for beautiful and alluring poetry, cutting, replacing, reforming into my own creations.

Having said all that, only a few of my digital poems have language farmed in generative, computer aided methods. And as such, I am struck by your comment, as its something many others have suggested, mirroring your sentiment of the nonsensical. Well (a deep hole for reaching water tables), I do find our builtscape a largely nonsensical mess. The way roads and churches and slushy machines materialize might appear to be well planned and even obvious. But everything we do and create and live around and within happens because of accidents and haphazard choices made real from repetition. (Oh crap, I'm beginning to sound like a crazy hobo diagramming the world's end on a flyer for cheap chicken wings, alas).

Suffice it to say, the nonsensical is just as vital as what appears to make sense. So much of my work embraces the handholding conflict between neatly defined story and tattered branches, between absurd digressions and clean lined clarity. Imagine the narrative of walking to the store. Sure there is a beginning, middle and end, a trajectory and goal. But along the way, stories arrive and fail, incomplete thoughts, half-recalled memories tentacle themselves from the path. I want to know why I looked more closely at a receipt in the grass as much as I want to buy mangos and macadamia nuts."

How do we start to talk about this? Is the vocabulary to be adopted from film, music, literature, an entirely new vocabulary? What unique aspects do games possess that should be considered in talking about your work as poetry?

To be broken apart or taken as a whole. Often the power of my digital poetry arrives from its multiple path/doorways, its numerous ladders and entry points. Some can digest the game or interactive elements, others are allured by the sounds and blinking, calling imagery, or sometimes the words, their crossed-out, absurdist charm coaxes the reader. Hopefully, once they break into the work, storming the second story, they are burglars of other elements, and can conceive of the artwork/poetry's whole.

And developing a vocabulary is a nigh impossible endeavor, unless you cease to think of the needed language as static or clearly defined. Unlike other forms of literature or art or music, digital forms are not only yanked and pummeled in multiple directions, but they are also incredibly quick to change. Indeed one way of defining digital poetry is through its perpetual reinvention and experimentation. A forever swimming winged shark driving an amphibious tank through the library while drinking absinth and singing about doppelgangers.

There are, of course, dangers in this continual rethink. The worry, the waking nightmare making me sweat heavily on cold train trips, is digital poetry might struggle to birth many masterpieces or reach a near-genius and beautifully crafted creative land/digitalscape. In traditional literature, it is rarely the writer who does something first, who does it well. Decades of other writers stretching and expanding and mining the original literature will ultimately arrive at something close to canonical. And if we, as digital writers, are morphing creatures, leaping from water to land, from mall escalators to train depots, rethinking how and what we create before we even create something, then will be dooming ourselves?

Although, there are moments when I feel we are the voice of the contemporary condition. Increasingly our worlds, mini and maxi, are shifting planes/plains, jumbled messes of messages and platforms, cultures crashing, moving so fast anything but blurry images aren't possible. In that case, our continual rethinking the rethink might just very well be the global voice literature/art has so desired and disdained.

My next post "Killing the Literary: the Death of E-lit" will explore the challenges and obstacles of writing "born digital" literature. It features an interview with novelist Paul LaFarge, one of a few print writers who has made the leap to e-lit.

Mark your calendars! Join me, Paul LaFarge, Mark Amerika, Yael Kanarek and Ian Hatcher for an evening of e-lit reading and performance at The Kitchen in NYC Monday, March 25th at 7pm. Free.