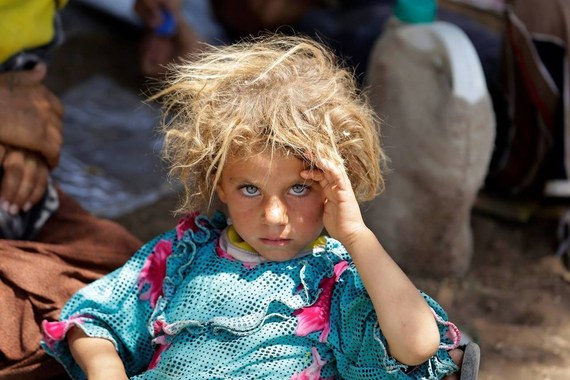 A year ago, on November 27th, 2014, I testified before the House of Commons Foreign Affairs Committee on Canada's Response to the Violence, Religious Persecution and Dislocation Caused by the Islamic State of Iraq and the Levant (ISIL). On that occasion, I noted that aerial bombardment of ISIL is a "relatively effortless micro-crusade against savagery" that does not provide a meaningful solution to the "dialectics of extremism" - the competing Sunni-Shia sectarian ideologies - that is ripping the region apart. As recent events demonstrate - whether in Paris or Beirut, Syria or Iraq -there is no doubt about the immediate necessity of defending civilians, both in the Middle East and the West, against further terrorism and atrocities. But this must be weighed against ISIL's deliberate policy of provoking and exploiting foreign intervention to recruit more warriors in pursuit of its apocalyptic global jihad. Beyond military measures, an essential component of fighting against the hateful propaganda poisoning young impressionable minds is a counter-ideology of human rights and religious pluralism; and there is nothing better than giving a platform for the voice of victims to help people internalize such values. In the long-term struggle against ISIL, justice may be the underestimated weapon of choice.

A few days ago, exactly one year after my testimony in Ottawa, I spoke with a courageous and dedicated official from the Kurdish Regional Government (KRG) in Erbil, northern Iraq. This was shortly after the military victory of the peshmerga forces in Shingal ("Sinjar" in Arabic) and the discovery of mass-graves containing the remains of hundreds of civilians belonging to the Yazidi minority. Many of these were women between the ages of 40 and 80 that ISIL deemed "unworthy" of the rape and sexual enslavement that befell younger women and girls that they captured in recent months. There were long pauses in our conversation as we both tried to fathom the unspeakable inhumanity of the perpetrators and how these women and girls can begin to heal their deep wounds. A UN Report recently concluded that extermination of religious groups such as the Yazidi qualifies as crimes against humanity and genocide. Christians and other minorities are also violently persecuted. But no legal epithet, no amount of righteous indignation, can capture the horrors inflicted on these hapless victims of fanaticism and misogyny.

As I attempted to advise the KRG on accountability for these crimes, I pondered the meaning of justice in such extreme circumstances. Is it possible to adequately punish someone for a crime as extreme as genocide? What penalty deters a suicide bomber whose highest aspiration is to become a martyr? What are the chances of catching him alive? Without a defendant in the dock, how can victims have at least a small measure of accountability? Why is exposing such atrocities important for the future of the region? In pursuit of justice, there have been calls for the Government of Iraq to become a party to the Statute of the International Criminal Court (ICC). In this way, the Court could exercise jurisdiction and investigate the crimes committed in the KRG's territory. Even if Iraq agreed to sign the Statute however, it appears that such judicial intervention would have a largely symbolic value; the execution of an arrest warrant obviously requires the arrest of an accused person - preferably a senior ISIL commander - which appears unlikely at present. Iraqi courts, or the KRG courts in particular, would face a similar problem of enforcement, even if they received international support and expertise to investigate and prosecute such cases.

As a former UN prosecutor at The Hague, I have spent much of my career promoting the ICC. I am of the view however, that exclusive focus on criminal trials in the context of ISIL crimes is misplaced. First, even without a prosecution, the KRG should receive assistance for the exhumation of mass-graves, systematic collection of witness testimony, and establishment of a centre for documentation of these crimes. It is necessary, at the very least, and as a first step to achieving some measure of accountability, to objectively establish the historical record, both for the victims and for future generations. Second, giving a platform for the voice of the survivors to be heard does not need to await the capture of ISIL perpetrators. In particular, consideration should be given to an International Truth Commission for the KRG. Its purpose would be to give the survivors an opportunity to tell their stories before a prominent and reputable panel for widespread diffusion and broadcasting by media around the world. No expert report, not even a formal judicial process, can convey the intimate reality and repugnance of these horrors as powerfully as the spontaneous unmediated testimony of those that have suffered such shocking cruelties. The crimes against the Yazidi and other religious minorities are the result of a hateful ideology that totally dehumanizes its intended victims, both as religious minorities and as women. The beginning of justice is to rehumanize the victims and survivors. Creating a lasting culture of religious pluralism, gender equality, and non-violence, requires a sustained educational process, the popularization of human dignity as the cornerstone of a just society, without which the future of the region will remain bleak.

There are valuable precedents that illustrate this wider concept of justice that is not limited to the strictures of criminal trials and punishment. In contexts as diverse as post-apartheid South Africa and Canada's residential schools for indigenous children, Truth and Reconciliation Commissions have played an important role in collective therapy and social transformation. Each context is unique, but the common thread is the combined cathartic and socio-pedagogical effect of exposing the public to the simple and accessible but powerful and transcendent message of redeeming human suffering.

As Canada ponders its multiple options for assisting the KRG, the empowerment of victims and popularization of human rights ideals through a credible process of truth-telling should be given serious consideration. I have often seen how "soft power" is overlooked in dealing with violence. But it is clear that beyond bombs, ISIL can only be defeated by a concerted awareness campaign that restores and reinforces the dignity of the victims of religious and gender violence. I noted last year to the Parliamentary Committee in Ottawa that ISIL "was a long time in the making" and that any lasting solution for the region "will require a new vision based on pluralism and interdependence". The short-sighted cynicism of the past that tolerated and even encouraged religious extremism in the name of "brilliant" geo-political strategies, is no longer an option. Looking forward to the day when the rich multicultural tapestry of the Middle East will become a cause for celebration rather than bloodshed, I repeat here the conclusion of my testimony:

It cannot be accepted that it is this region alone that is somehow immune from the historic forces of integration that have elsewhere shaped the world. The forging of a new unified Middle East can be achieved either through sustained engagement and courageous leadership, or otherwise, after more, yet unimaginable calamities leave no other choice. 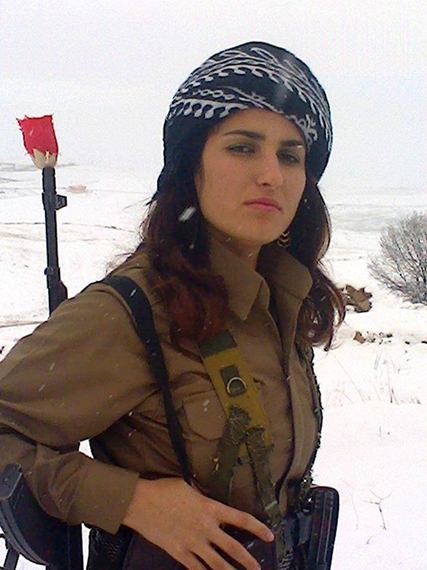