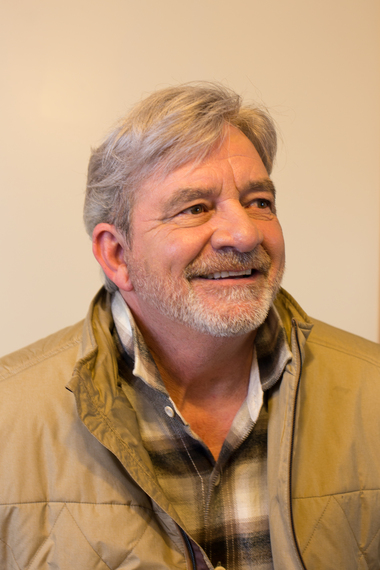 Scott Pratt, the bestselling author of the Joe Dillard series of legal thrillers, worked as a criminal defense lawyer before writing his first novel, An Innocent Client.

His new novel, Justice Redeemed, published by Thomas & Mercer, an imprint of Amazon is the story of Darren Street, a hotheaded young lawyer, known for rooting out corruption in the District Attorney's office. Jalen Jordan retains Darren for what seems to be a minor traffic violation, but evidence turns up linking Jordan to the death of two boys. Because Darren refuses to suborn perjury, he drops the case. In a horrifying turn of events, to ensure Darren's silence, Jalen threatens to make Darren's son his next victim. Soon afterwards, Jalen Jordan is found shot to death while hiking on the Appalachian Trail. Evidence points to Darren as the killer, and the enemy he made in the DA's office is out for blood.

Justice Redeemed begins with a quote: "Justice is like an abandoned child in a dark forest. She meanders slowly in search of the light. One must hope she will eventually find her way." Will you talk about that?
I think it's an accurate assessment of the way justice works in our system. Sometimes, you never know if the right thing will happen; and the right thing is justice. It is like a child wandering through a forest trying to find its way out. You can only hope people involved in the process and the process itself will do what they're supposed to be doing. Much of the time, the just result is achieved. Occasionally, the child never finds its way out.

And, of course, in very important ways, the analogy of the wandering child pertains to Justice Redeemed.
Yes, because Darren finds himself in a terrible situation. The book takes place over a few years, and in this case, justice takes a long time to find its way.

The Joe Dillard books have been a bestselling series for some time. What made you decide to write a standalone novel?
A couple of things.

I felt like I needed a break from the Dillard books. I'd been writing them since 2006, which is a long time to write about the same characters.

A few years ago, I bought the rights to my books from the publisher, because I wanted to have more control over the novels. While being self-published, the series began to do very well. It was then that I was contacted by an acquisitions editor at Thomas & Mercer, the publishing house of Amazon.

Then, last year, I had this idea for Justice Redeemed. I wrote a synopsis and sent it to the same editor.

'We'd love to publish this' was her reply. I finished it up and they hooked me up with a developmental editor who vastly improved the novel. I'd forgotten how valuable a good editor could be.

Darren Street is a very different protagonist from Joe Dillard. What went into your decision to create him?
I wanted to appeal to a younger audience. Part of it was a commercial decision, but I also wanted to write something reflecting some of the anger and frustration I used to feel when running into windmills by going up against judges and prosecutors. At the time, as a young attorney, my reaction was to get angry, so I took Darren in that direction.

I gave him some anger issues, and made him hot-headed enough to get himself falsely convicted of a murder. I wanted him to mature over the course of the book.

Of course, I was really hard on him, and put him in some perilous situations.

Speaking of a difficult situation, the novel has a harrowing description of "diesel therapy." It's difficult to imagine this actually happens. Will you describe it for us?
'Diesel therapy' is done on some occasions in the federal system. If you won't tell federal prosecutors what they want to hear, or if you're a discipline problem in a federal prison, they put you in handcuffs and shackles. Then, you're loaded on a bus and fed a box lunch every day. They take you around the country, from prison to prison, or to county lockup facilities, where you're allowed to get off to use the bathroom, and that's it. They ride you around until they feel they're done with you, or until a lawyer--if you have one--forces them to stop. This can go on for as long as one year.

As usual in your novels, the trial scenes in Justice Redeemed are electric. Your portrayal of expert witnesses is spot-on. As an attorney, what do you think of retained experts in court?
I think they're extremely important to the process so long as they tell the truth and don't gild the lily. If they're nothing more than hired guns, they do your case more harm than good. But they can genuinely help jurors understand complicated issues. I've used them, as most good attorneys do.

In contrast to the Joe Dillard books, the trial and certain prison scenes in Justice Redeemed take place in the federal system. What are the differences between federal and state criminal cases?
Federal cases are far more difficult for a defendant to win. In federal cases, the prosecutors are typically better educated, better prepared, and better trained than state prosecutors. State prosecutors are often elected and there's a great deal of patronage. The federal system is more streamlined and efficient. The federal system is scarier than the state systems. As the saying goes in the legal profession, 'A federal judge is the right hand of God.'

Do you ever struggle with the nearly universal human tendency to procrastinate?
Oh, of course. (Laughter). I basically look at myself and say, 'Look man, you're a writer. It's what you do. Get your butt out there, sit down, and go have some fun.' There are times when it is a lot of fun, but there are other times when it's emotional and draining. Sometimes it's like what Hemingway said, 'Writing is easy, you just sit at the typewriter, open up your veins and bleed.' It can be extremely difficult, and anything that's difficult will often make people procrastinate. Generally, I'm disciplined enough to get another book written.

I write what I know. The legal thrillers I write incorporate theme, metaphor, and character development. I do the same things literary writers do. I have no problem with being labeled a genre writer. I do what I do because I enjoy it and it provides for my family.

As a bestselling author in your genre, what advice would you give to young writers?
I'm actually working with a couple of young writers now. The best advice I can give them is to stick with it. Many of them want to write five-thousand words and stop. I tell them they have to stretch it and stretch it even more. They must believe in themselves and be persistent.

Congratulations on writing Justice Redeemed, a tension-filled tale that sheds light on the criminal justice system, and shows how one bad decision can lead to life-altering consequences.