While poaching in KwaZulu-Natal is in fast forward, the prosecutorial system in some areas appears to have gone into reverse. Many of the worrying poaching cases are linked to a magistrate, Deuteronomium Ngcobo, and a defense attorney, Mr Z.W. Ngwenya. This is of concern to police officers who mounted a successful sting operation to arrest an alleged rhino poaching kingpin, Dumisani Gwala, who Ngcobo then released on R10 000 (US$650) bail. 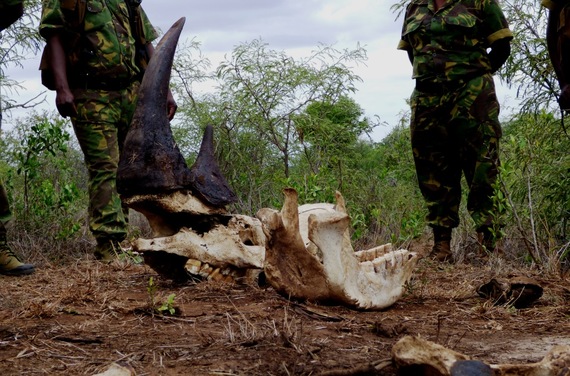 The problem of questionable legal decisions goes back several years. In Hluhluwe in 2014 three men were accused of conspiracy to hunt rhino. One of them, Ngubane, pleaded guilty and was represented by Ngwenya. Magistrate Ngcobo released him on bail and then later issued a small fine. The other two, Sikali and Mdule, pleaded not guilty. They were represented by a different defense attorney before a different magistrate. Bail was denied and they are still in jail. [CAS 25 / 06 / 2014]

The following month four men were arrested inside a private Zululand game reserve and charged with conspiracy to hunt rhino. The case was split between two courthouses. Accused Sipho Hlope and Zakhele Joko Khumalo were represented by advocate Ngwenya before Magistrate Ngcobo at Mtubatuba courthouse. They pleaded guilty and were given the option to pay deferred fines over an extended period.

The other two accused, Sibusiso Mthembu and Zakhele Masinga, pleaded not guilty. Their case was moved to Empangeni Court under a different magistrate and they were sentenced to eight years imprisonment without the option of a fine. [CAS 78 / 07 / 2014]

Several months later Michael Hlatswayo, Mbongiseni Masondo and Mhlonganani Ndlovu were arrested for unlawfullly hunting rhino. With Ngwenya as their defense attorney they appeared before Ngcobo and were given a small fine. [CAS 9 / 11 / 2014]

In January last year Warrant Officer Christopher Gumbi from Jozini Crime Intelligence was arrested near Ubombo in KwaZulu-Natal after allegedly pointing a weapon at two undercover agents posing as poachers. He then fled with the 'sting' rhino horns in an unmarked police vehicle carrying fake registration plates. According to the media statement from KwaZulu-Natal South African Police, 'The suspect was charged for armed robbery, possession of horn and defeating the ends of justice.'

Represented by Ngwenya, Gumbi was granted R500 (US$32) bail by Ngcobo who later acquitted him of all charges, claiming that the police fabricated the story. A police spokesman at the time commented that 'poaching syndicates appear to have infiltrated the country's judicial system,' saying the case 'speaks of endemic corruption'.

In December 2014 Ngwenya represented Gwala after he was arrested in a complicated sting operation. Dockets of conspiracy to deal in rhino horn, dealing in rhino horn, attempted murder and resisting arrest were opened. Magistrate Ngcobo granted him R10 000 (US$630) bail and released six of his implicated luxury vehicles seized under the Prevention of Organised Crime Act.

The South African Police Services immediately obtained a court order to repossess the vehicles, but when the Asset Forfeiture Unit arrived at Gwala's house, he had a five litre container of petrol and threatened to burn the vehicles if the officers didn't back off. The vehicles then 'disappeared' and only one has been recovered.

To put the fines and limited bail bonds into persepctive, rhino horn is, per weight, worth more than diamonds or cocaine on the black market in China and Vietnam, fetching up to US$100 000 a kilo. An average of one rhino is killed every nine hours and there are only around 20 000 left in the wild. Yet poaching in certain KwaZulu-Natal courtrooms continues to be treated as a petty crime.

Impoverished former poachers I spoke to who had been recruited from rural communities bordering wildlife areas in KwaZulu-Natal told me that when they were given a fine, they had to kill another rhino to pay off their debt to Gwala. They asked that their identities be withheld for fear of their lives.

Rhino owners in the region are now deeply concerned about the outcome of Gwala's case. Most of them claim to have been victims of Gwala's alleged poaching syndicate. They say they will be attending Gwala's trial.

Trial dates for Gwala's appearance are expected to be announced on March 9 at his next court appearance. The court house has been moved to Ngwelezane in Empangeni where he will be represented by a new defense attorney Mr M. Ntshangase. A new magistrate is being assigned. This time, justice may be done. 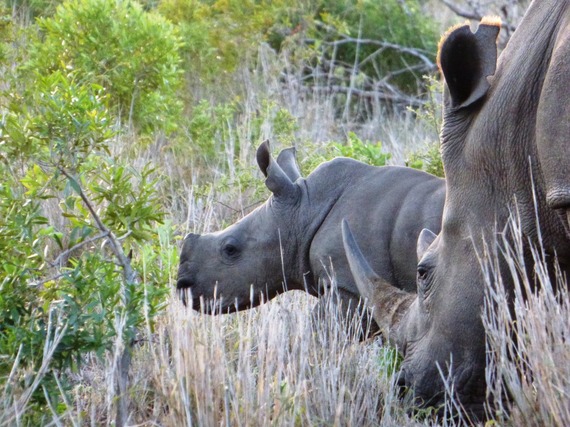