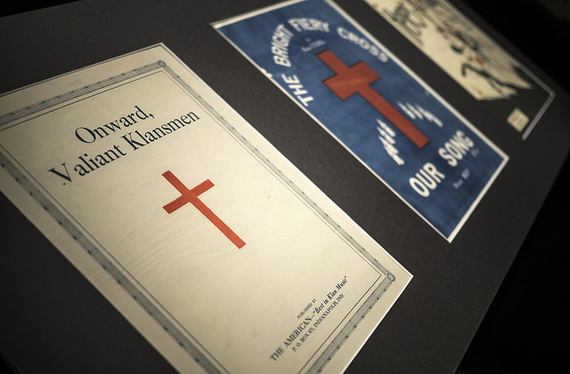 My friend, Suzanne Marie Dewitt-Hall, posted an article a few weeks ago called Jesus: The First Transgender Man, a thought-provoking expose on how we think about gender. She soon found herself lambasted by Christian extremists, who called for burning down the Huffington Post headquarters and raping her, along a with a list of other vile acts.

Growing up in a Christian home, and then becoming a Christian minister for 25 years, I'd been horrified by a lot of things, but my Christianity, as misguided as it was perhaps, was about God's love. So on my Facebook author page, I posted some of the responses Suzanne received.

One person wrote to me, "You've never experienced the new birth and have nothing in Christ to protect, or you wouldn't think so lightly of Christians who are angered by the foolishness of your accusations...and neither would you be vilifying Christians instead of LGBT beliefs."

I understand faith and belief well enough, but being accused of "vilifying Christians" who call for death and rape of an individual is unconscionable! And perhaps in my backwards opinion, it's un-Christian.

Extremists have overtaken the Christian community, to which I belong for decades. Pastor Kevin Swanson, who hosted three of the fundamentalist Christian presidential candidates, has famously called for the death of gays who don't repent. None of the candidates denounced his statements. To do so, would almost certainly have caused them to lose their targeted supporters. Fortunately, those candidates are out of the race.

The Gospel of love has been turned into a religion of dogma. The purported great and powerful Son of God, has been reduced to an overly-sensitive, frightened, angry, hateful and vengeful overlord, incapable of standing up for himself. He's looking more and more like the ISIS version of Allah.

Refusing to let people use the restroom, serve them meals, give them flowers, or bake them cakes while citing Scriptures doesn't make someone spiritual, it makes him a sociopath. Invoking the name of God doesn't give a person authority it makes her an ass.

One Christian sent a message to me justifying her vote for Donald Trump by saying, in spite of all his faults, "at least he's pro-life." Trump has changed his position on abortion more times then some people change underwear. Still, whatever his position, it does not justify his racism, sexism, xenophobia and barely discernable religious affiliation. Building walls, and a political career on the backs of people's fears isn't Christian, it's unscrupulous. On a side note, as I've written before, many Christians who call themselves pro-life are really just anti-abortion. Supporting Donald Trump on this single issue only proves my point.

There are nearly as many versions of Christianity as there are followers and perhaps even more versions of Scriptural interpretation. Calling one version un-Christian, as I am here, will indeed evoke backlash by those who believe they hold THE TRUTH.

Why do we tolerate the evil and hatred of those who identify as Christian, while refusing entrance of others into our country we fear hold the same beliefs, but who identify as Muslim? Indecency does not discriminate, nor does a religious label make someone less indecent.

Violently forcing people to believe the way we do, or taking away their basic human rights because they believe differently cannot be humanely justified, no matter how much we invoke the name of God or religious freedoms.