Justin Bieber certainly got a little cheeky over the weekend.

Bieber showed off his bare butt in an Instagram photo on Saturday, according to Us Weekly. In the shot, the 18-year-old peers over his shoulder and moons the camera while standing in front of a "Justin Bieber" LIVE poster.

The photo was posted to Bieber's official Instagram account and received 86,000 likes before it was quickly deleted, reports Zap2It.

The "Beauty and a Beat" singer's manager, Scooter Braun, later took to Twitter to say Bieber's mooning was all in good fun.

as a prankster u have to respect another good prank. only makes sense. #crackdealer

Flashing his behind on Instagram wasn't the first time Bieber was caught with his pants down over the weekend.

Hollywood Life reports that Bieber stripped off his shirt and bared his red box briefs, peeking out of low-slung zebra-print pants, while on stage at his Jan. 18 concert in Nashville, Tenn.

Back in November, he tweeted a photo of his six-pack abs just days after his first breakup from Selena Gomez. He reportedly told Canada's Macleans magazine that he had been trying to get into better shape.

"I’ve been working out in the gym, getting bigger," Bieber revealed, "trying to get sexy for the ladies." 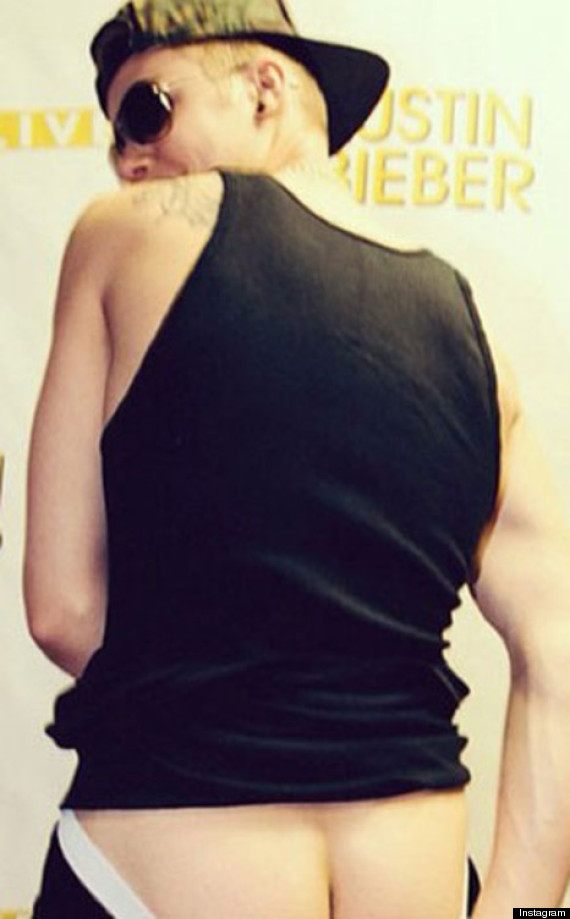