The 15-year-old who's been spotted everywhere from the People's Choice Awards to Milan Fashion Week to a recent Kelly Clarkson concert is making her latest appearance on the cover of Seventeen Magazine's May 2012 issue, which hits newsstands April 17.

Chloe Moretz is making a serious bid for big-screen stardom with a handful of buzzworthy films in the works. She's starring alongside Johnny Depp in Tim Burton's upcoming vampire/witch/soap opera thriller Dark Shadows, playing the rebellious teenage daughter Carolyn Stoddard. She'll also be showing her dark side in an upcoming remake of the classic horror film Carrie. Chloe will be playing Carrie, the girl who turns her high school prom into a total blood bath.

But in real life -- and on her Seventeen cover -- Chloe is full of bubbly energy, stellar fashion sense, and smiles. Like her Hick co-star Blake Lively, Moretz has quickly established herself as a darling of the fashion world. Chloe told Seventeen:

"[Blake] wears the most amazing clothes every day of her life. I went into her closet one night when she was trying things on for an event, and she was getting dressed, and I was helping her choose what dress to wear. She had brought probably a hundred pairs of Louboutins, and she was like, Try these on, try those on. We basically had a little shoe party!"

But when she's not sitting front-row at fashion week and hitting the red carpet, Chloe spends much of her time playing video games.

"I just got my phone back yesterday. My mom had it for like two days. I was supposed to read a book and I really wanted play 'Call of Duty.' It’s not like I want to go read the hot story in Cosmo and get locked up! No, I get caught playing video games. I probably play video games more than any guy does!"

Fellow "Call of Duty" enthusiast Justin Bieber is the face of the second Seventeen cover. In his interview, the "Boyfriend" singer opened up about his relationship with girlfriend Selena Gomez.

Always the model boyfriend, Bieber said of Selena: "I’m just trying to make her happy, that’s all. I think it’s important to make all women feel like they’re princesses, because every girl is a princess. I’m serious."

Check out the slideshow below to see Justin and Chloe's Seventeen covers, as well as our picks Chloe's 10 best looks! 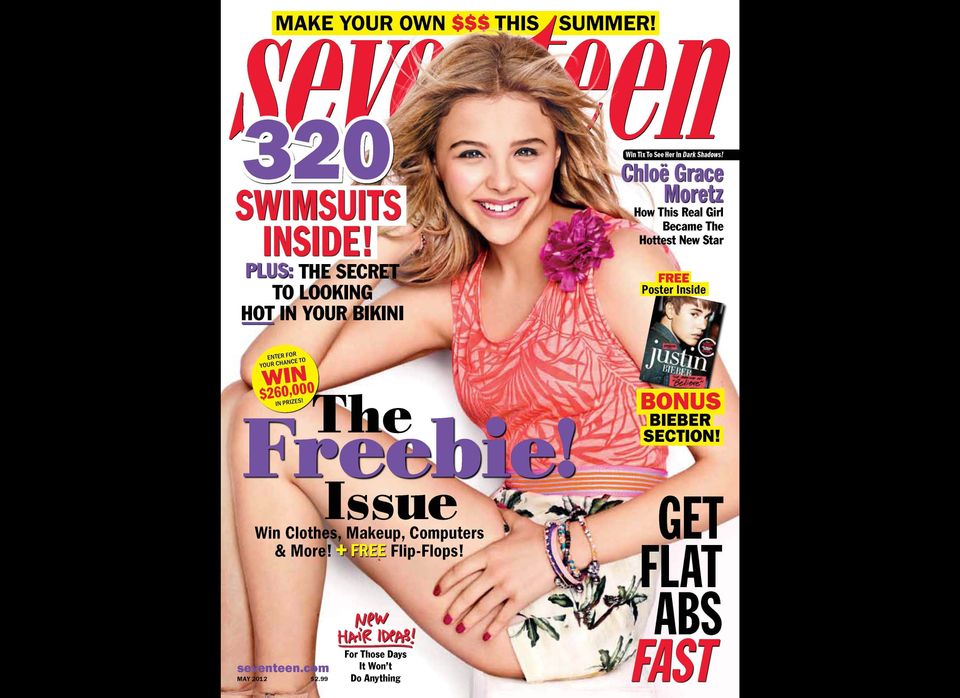