Is Justin Bieber unraveling before our eyes?

Just hours after he passed out backstage at his London concert and was rushed to hospital, the teenage pop star almost got violent with the paparazzi. Photos show the 19-year-old lunging at photographers, and he evidently had to be restrained by his own bodyguard.

Video footage of the altercation shows Bieber angrily responding to a photographer's insults, by yelling "I'll f**king beat the f**k out of you."

The pop star almost immediately realized this was not his best move and turned to Twitter to do some preemptive damage control. In a series of tweets he wrote:

Ahhhhh! Rough morning. Trying to feel better for this show tonight but let the paps get the best of me...Sometimes when people r shoving cameras in your face all day and yelling the worst thing possible at u...well I'm human. Rough week. Not gonna let them get the best of me again. Gonna get focused on this show tonight. Adrenaline is high now. Gonna put it on the stage. Only way someone can break u is if u let them.

Rough week, indeed. Ever since Bieber trekked across the pond it's been nothing but problems. First Bieber turned 19 and proclaimed he had the "worst birthday." Then he was told to put his "f**king shirt on" by Olivia Wilde, and angered fans when he showed up late at a London gig. Then on Wednesday, he had a mini-meltdown on Twitter, slamming "fake stories" that are used to sell papers.

Just prior to the singer's collapse on Thursday, came reports that Bieber had been warned by his record label to cut back on the partying:

“After an emergency meeting in the U.S., Justin’s people had him on Skype to bosses and he was given a serious talking-to," a source told the U.K. paper the Mirror. "It was suggested he start staying in more and basically cleaning up his act. He’s kicking off the European leg of his tour next week and has been told to stay in more when he’s not performing. Justin took the news well and has promised to go back to putting his fans first.”

With Bieber displaying such uncharacteristic behavior, some are worried that he's quickly spiraling out of control. 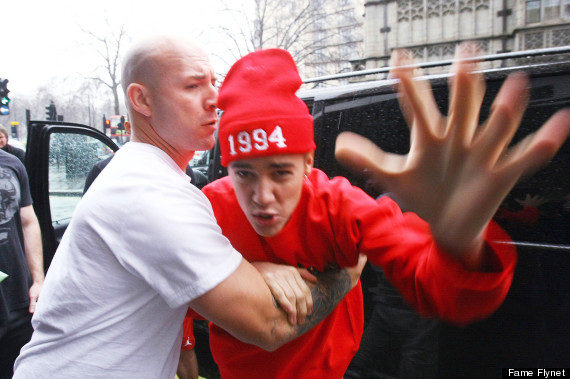 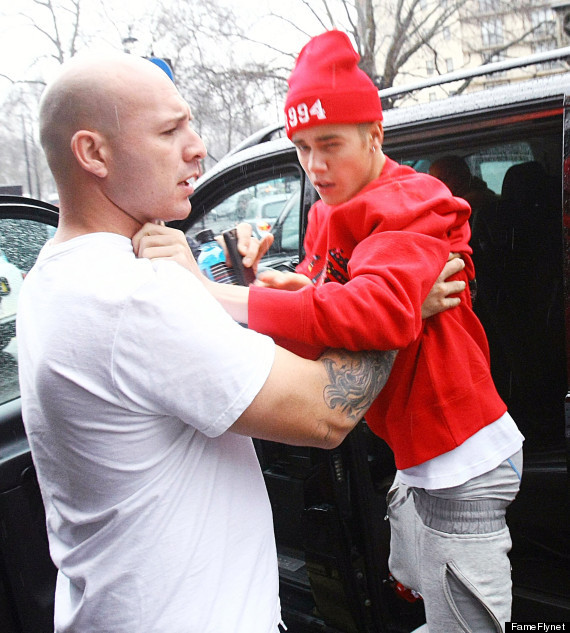