Barely-legal Justin Bieber is being initiated into adulthood with his very own sex doll.

The plastic, bisexual boy toy, touted to be "Finally 18!" and "Ready to Rock Your World!," is modeled by a Bieber lookalike wearing a sideways hat and a boyish grin.

The "Girlfriend" singer celebrated his 18th birthday back in March, and now the sex toy industry is celebrating Bieber's manhood with a "love doll" in his likeness.

"Meet Just-In Beaver, the barely legal boy-toy who's waited 18 long years to stick his lil' dicky in something sticky!" reads Pipedream's description of the Bieber sex doll. "When he's not busy beating up paparazzi or beating off, he's up to his high-tops in hot Hollywood tail! But the Beave-ster doesn't have this effect just on women -- he turns straight men gay faster than you can peel his skinny jeans off! So what are you waiting for, inflate this lil’ pricks's ego even more and have your very own Beaver bash!"

Just-in Beaver is available for purchase on Amazon, with prices ranging from $20 to $138.

Bieber's kinky counterpart may not be available for long. Even though Bieber himself is not named in the product or product description, the teenybopper could sue for the company's use of his celebrity. "Considering the doll is unlicensed, chances are it won’t be available to the public for very long," ONTD notes.

In February, Bieber and his people handed a cease and desist order to RC3 for developing a mobile game app called "Joustin' Beaver," TMZ reported. The cartoon game features a beaver Bieber, dressed in a purple hoodie and rocking a mop of tousled hair, that gamers must defend from the "phot-hogs." The company rejected the demand, claiming its game is a parody and protected under the First Amendment.

While the sex doll may be marketed toward gay men, Bieber is already a hit with many lesbians -- or at least his once famous haircut is. The tumblr blog "Lesbians Who Look Like Justin Bieber," which has been featured in NY magazine and GQ as well as on "TMZ" and "The Insider," was created more than two years ago by Dannielle Owens-Reid, "a biebian from South Carolina who loves Justin Bieber and the lesbians who look like him." 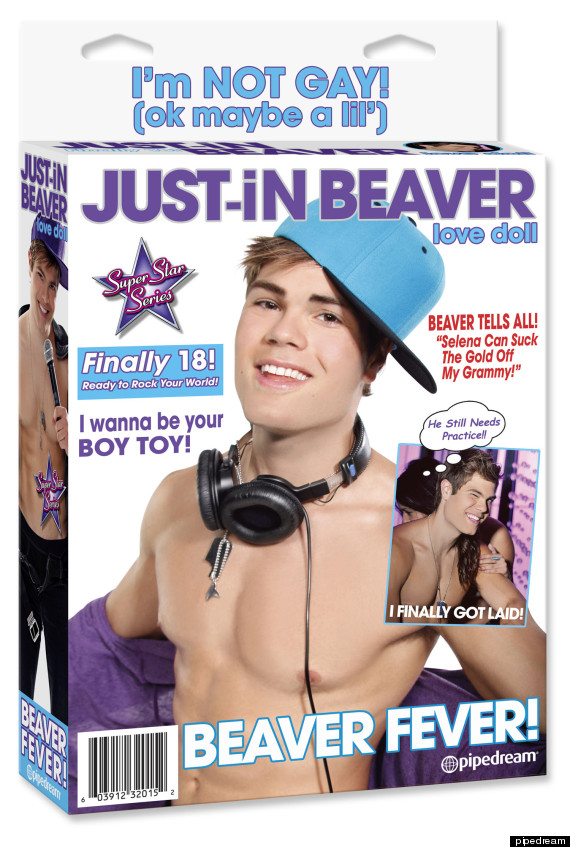