Thirty-three-year-old Justin Jedlica has been on a mission to achieve physical perfection -- but he isn't simply devoting his efforts to exercising and eating healthily. Jedlica's quest for youth and beauty has taken him to the extreme, to a world of silicone, incisions and implants.

To date, Jedlica has undergone more than 150 plastic surgeries and has been dubbed "the Human Ken Doll." Yet the New York native tells "Oprah: Where Are They Now?" that he never set out to look like the plastic figurine.

"Ever since I was in my teens, I wanted to have plastic surgery. To me, it meant luxury and it meant wealth, and that was something I wanted in my life," he explains in the above video.

Jedlica says he got his first of five nose jobs shortly after his 18th birthday, costing him nearly all of his savings at $3,500. Afterwards, he experienced a sense of empowerment.

"I felt really euphoric," he says. "I felt important to myself for the first time."

Since then, Jedlica has gotten bicep implants, triceps implants, pectoral implants, shoulder implants and more. His husband, a successful businessman, helps pay for Jedlica's procedures, but others haven't exactly been supportive.

"I've definitely been on TV shows where we've had 'professionals' try to diagnose me as having mental illness," Jedlica says with a chuckle. "I find it funny because those professionals have never seen me outside of the studio... I mean, I do understand the basic notion of body dysmorphic disorder and OCD. [But] I think I have a very clear picture of what I look like. I'm not unhappy with the way that I look."

That said, Jedlica has no qualms about going under the knife again. "If I choose to express my creativity through my plastic surgery, it's no different than someone in fashion who deals with trends," he explains. "Standards of beauty change, ideals of beauty change. I don't understand why people think you have to be committed to the human form and that you shouldn't be able to retain control to change it."

"I want to put out a silicone implant line that would be custom, because I have a lot of people write into me and say, 'Hey, where can I get shoulders like yours?'" he says. "Piece by piece, things I'm doing can be something that other people can benefit from."

For all of the media attention he has received, Jedlica adds that he still feels misunderstood by those who assume he is narcissistic and stuck-up.

"If people come up and talk to me for five minutes, I think they'll find that those things are not true at all," Jedlica says. "I'm really interested in... possibly altering people's thoughts on what beauty is or what is beauty supposed to be. It is for personal validation, but in the same way, it's also to push other people to accept and understand and broaden the spectrum of what beauty is."

More: Whatever happened to the mother addicted to plastic surgery?

Where Are They Now? OWN Video Own Oprah Winfrey Network Plastic Surgery 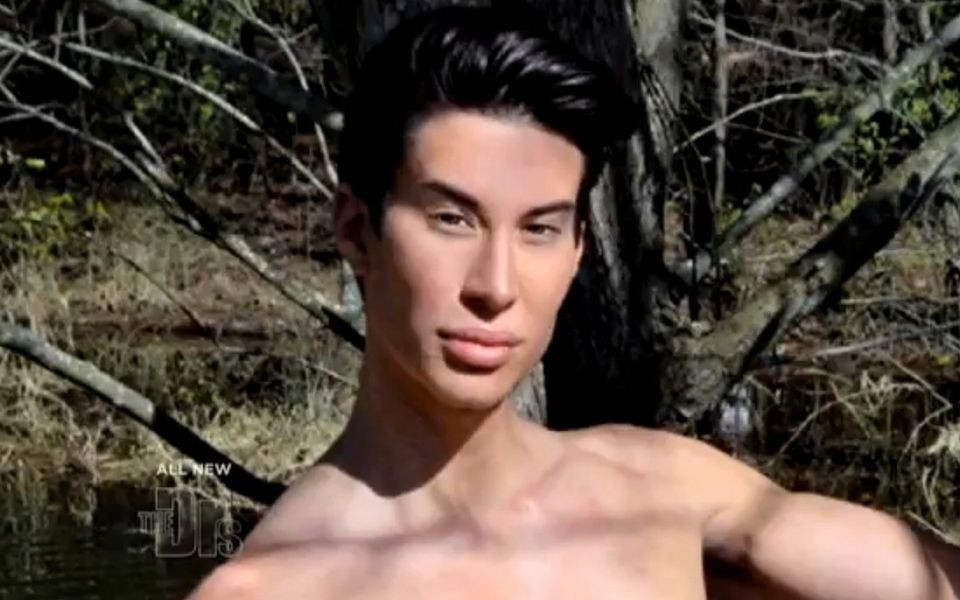