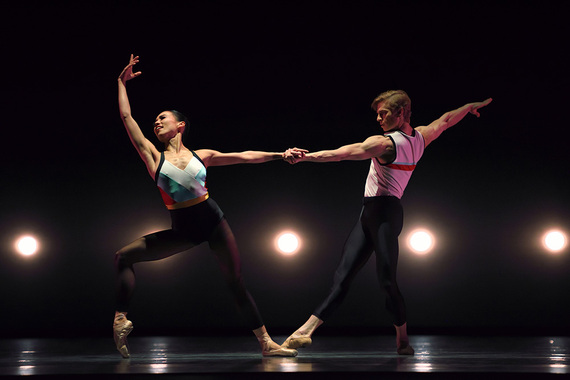 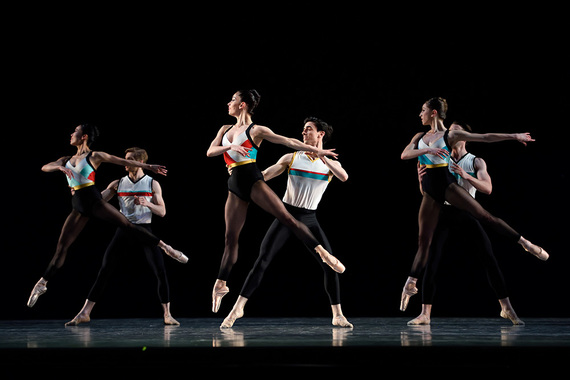 Two-thirds of the way through Justin Peck's highly caffeinated new creation for San Francisco Ballet, the ensemble of 18 collapses onto the apron of the stage like a row of dominoes. On their bellies, hands propping up their chins, they hang over the orchestra pit, staring out at the house. A bank of floodlights is trained on the audience. Have we been teleported to A Chorus Line, Ballet to the People wondered, half expecting the dancers to rise one by one, whip out a headshot and resumé, and start belting out their life stories. Blame Sufjan Stevens' heavily Broadway-influenced score for planting the seed.

What actually followed was a thrilling, explosive finale to this urban jungle paean. Its witty title, In the Countenance of Kings, is drawn from a track of Stevens' orchestral suite The BQE, an oddly romantic tribute to the much-despised Brooklyn-Queens Expressway. The title can perhaps be understood not as a reference to aristocracy but as a play on (the now ultra-hip) Kings County -- as the English renamed the towns it wrested from the Dutch settlers of "Breuckelen" in the 17th century.

The curtain rises on what appears to be a multi-vehicle pile-up. The bodies of dancers peel off to reveal the winsome young Joseph Walsh ("The Protagonist") who we are relieved to discover is not dead. Rather, he has just been born, and -- like Balanchine's Apollo -- is tutored by three glamorous and feisty Muses.

Jennifer Stahl ("Botanica") radiates generosity, in the eloquence of sweeping arms, the noble freedom of neck and shoulders, and expansiveness of collarbone. The sinuous Dores André ("Quantus") and electrifying Frances Chung ("Electress") complete the trio. André takes Walsh out for target practice: she momentarily becomes a machine gun as he grips her outstretched leg and aims it at waves of women advancing on pointe. Chung builds up to a virtuosic frenzy, masterfully partnered by Gennadi Nedvigin, that eventually silences all the instruments in the pit save for the percussion. 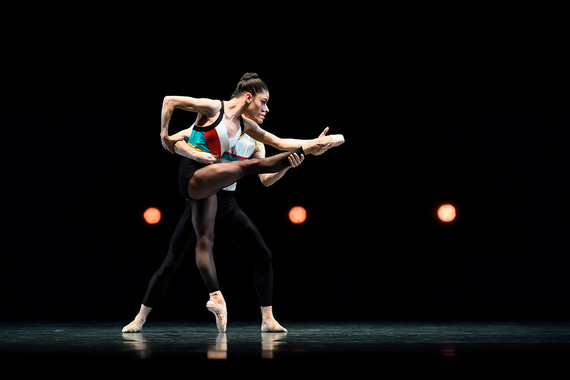 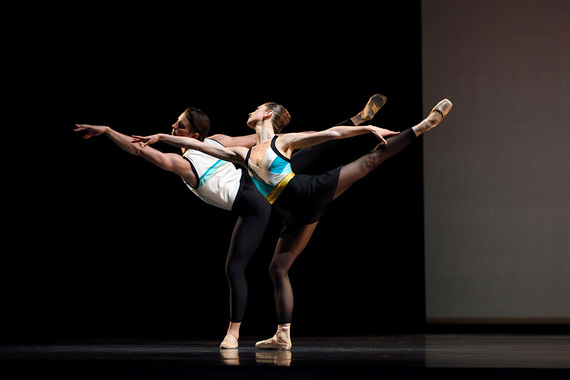 If this sounds ominous, it isn't. It's an exhilarating demonstration of the illusions that the relatively limited vocabulary of ballet can create. Explosive little sideways jumps, with just a slight push from a partner, turn bodies into machine parts. Turning jumps that circle the stage seem to produce vapor trails like an aircraft in the sky. Ambulating ensembles expand and contract like a caterpillar -- or like those articulated buses that regularly clog the BQE.

What sets Peck apart from many choreographers making work today is his imaginative use of the ensemble. They are an ecosystem from which his soloists suddenly spring and into which they abruptly disappear. He rarely employs symmetry in organizing the corps; he abandons the concept of order that is so critical to classical ballet, and yet keeps chaos at bay. So perhaps In the Countenance of Kings is a reference to a king after all -- a sly "in-your-face" to Louis XIV, who codified the principles of classical ballet in the 17th century.

Long on wit and pyrotechnics, In the Countenance of Kings does not pack the emotional punch of Peck's 2014 Everywhere We Go, with its marvelous visual imagery of a community fighting for survival. 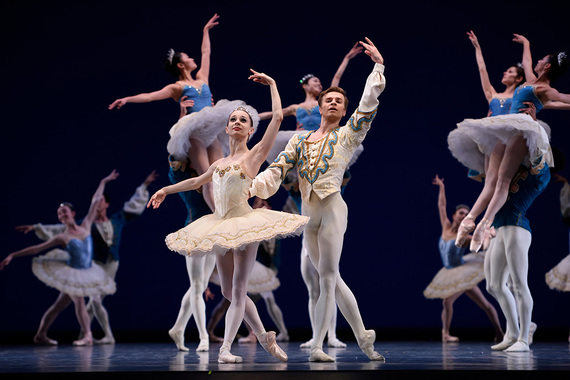 The timeless Balanchine-Tschaikovsky classic, Theme and Variations, proved a tame program closer. The ensemble and demi-soloists flaunted bulletproof technique but looked unexpectedly subdued. Lead ballerina Maria Kochetkova was unflappable and every inch the queen in her extended balance on one leg on pointe, supported only at her fingertips by a constantly winding line of ladies-in-waiting. But she and her prince, Gennadi Nedvigin, lacked chemistry and the insouciant elegance that these roles demand. She barely fired her trailing leg in gargouillades, and when moving speedily, she flapped her hands like ping-pong paddles. The knife-edge precision and crispness of attack essential to this piece were missing -- though a lack of oomph could not diminish the gleam of the kaleidoscopic, high-kicking finale. 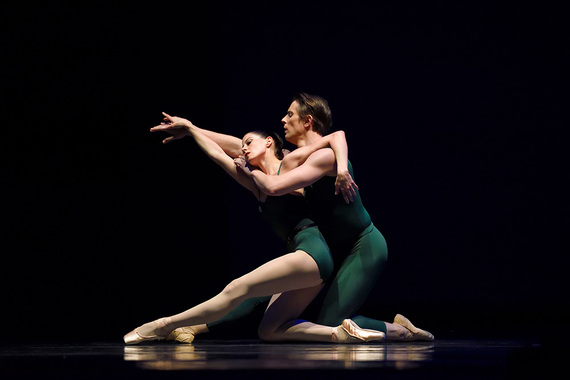 The most absorbing work of the evening was Christopher Wheeldon's Continuum©, set to a thorny assortment of piano studies by György Ligeti. Four brilliantly matched couples propose ballet in abstract, almost inhuman dimensions. Vanessa Zahorian and Luke Ingham vaporize it down to intersecting lines and curves. Moments later they morph into water striders on the surface of a pond, to the chirping of what sound like crickets emanating from the piano. Dores André and Steven Morse divulge the skyward yearning in balletic lifts -- but gravity reigns supreme, and they bow to the earth. Sofiane Sylve and Tiit Helimets reveal the inner workings of a clock, the hour and minute hands formed by Sylve's marvelously sculpted legs.

At the close of each dispassionate experiment, each couple takes shelter in a coiled embrace. But not Frances Chung and Joseph Walsh, who twist themselves into spectacular knots as two unhappily married pianos bicker. The movement is jazzy and inspired -- but jazz alone cannot save a marriage. They retreat into opposite wings, eyeing each other warily.

Programme notes advise us that the spectre of 9/11 hangs over Continuum©, conceived just months after the attacks on the World Trade Center. In the finale, the four whirling couples cast giant shadows against a deep red backdrop. A dark screen descends, slowly cutting off the light. The pianos are silenced, too, and the dancers sink to the ground, staring up at the eclipse, fingers fluttering like the wings of birds who have lost the power of flight.