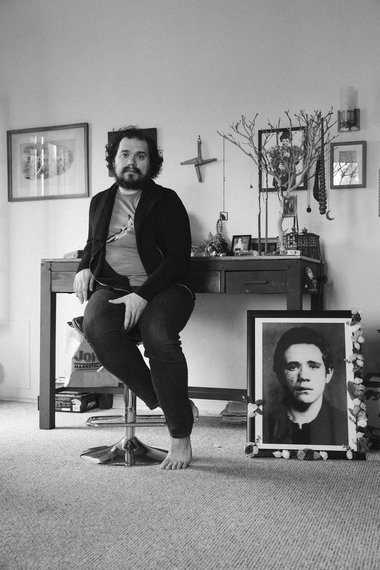 I've been a fan of Justin Sayre's work for a while now. I watch his stand up on YouTube and love his podcast, "Sparkle & Circulate." His spot-on analysis of gay culture is always a treat and was exceedingly excited when I learned Sayre was working on his first novel for young adults.

Sayre's novel, Husky comes out September 22nd and definitely worth checking out. If you haven't heard about the novel, here is a short description:

Twelve-year-old Davis lives in an old brownstone with his mother and grandmother in Brooklyn. He loves people-watching in Prospect Park, visiting his mom in the bakery she owns, and listening to the biggest operas he can find as he walks everywhere.

But Davis is having a difficult summer. As questions of sexuality begin to enter his mind, he worries people don't see him as anything other than "husky." To make matters worse, his best girlfriends are starting to hang out with mean girls and popular boys. Davis is equally concerned about the distance forming between him and his single mother as she begins dating again, and about his changing relationship with his amusingly loud Irish grandmother, Nanny.

Ultimately, Davis learns to see himself outside of his one defining adjective. He's a kid with unique interests, admirable qualities, and people who will love him no matter what changes life brings about.

Sayre and I had a conversation about the book launch and the state of queer culture.

Phillip M Miner (PM): Your book is fantastic. Who did you write your book for?

Justin Sayre (JS): I think I wrote it for kids who feel outside, but are not necessarily ultra-aware of being outsiders.

I wanted to write a book about a series of incidents that make up this kid's life at a specific moment in time. I didn't want to write about some grand ordeal because people's lives change in very simple ways through very simple interactions.

It isn't a coming out story. It isn't about bullying -- I didn't want to write a book about a kid being aggressively bullied in school. I don't say this to disparage anyone's personal experiences with bullying, and I think kids who get picked on will get into it and find solace in the book. But, I think a lot of times when growing up, the things that hit home are little micro things that start to change and evolve as people go into puberty and their bodies start changing. I think that type of story really hits very close to home for a lot of people.

PM: I like that it isn't just about any queer kid, it's about a weird queer kid. And it's not about him coming out.

JS: That was important to me. It's not a coming out novel. I don't know if he knows he's a gay person. He has a sensibility that's beyond him. He has a certain outlook on the world. I know that's how I was before I realized, "Oh, yeah, I'm going to end up with boys."

PM: I think keeping it a little ambiguous is smart. Being different hits home for a lot of kids, not just gay kids.

JS: Absolutely. Every kid experiences a sense of "Oh, I'm not . . ." As you grow up, you slowly realize you're a particular thing or a particular entity.

PM: When did you decide to write a kids book?

JS: I didn't really decide. [Laughs] I was doing something funny at a book kick-off for a book created by a friend of mine (who ended up becoming my editor). He came to me and asked if I ever thought of writing a Young Adult novel. I hadn't. At all. [Laughs] So, he asked me to write a chapter and see if it was something that sparked some interest. I wrote what ended up being what's now the first chapter. The folks at Penguin liked it and here we are. 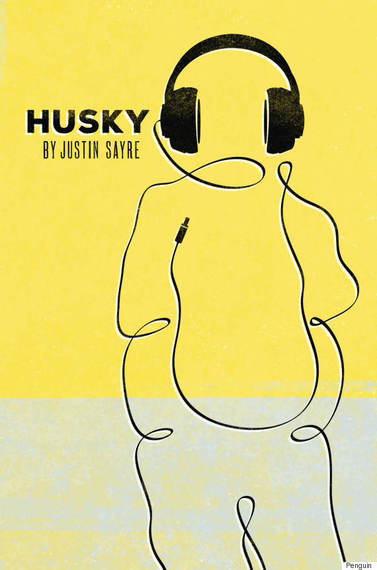 PM: So this is your first time writing something for kids.

JS: I care very strongly about queer kids. I've done this event, Night of a Thousand Judys for years, which raises a bunch of money for The Ali Forney Center, a homeless shelter for runaway LGBT youth. We're going to partner with the Trevor Project for my upcoming book appearances as well, allowing readers to make contributions.

I tried to get involved because I believe in that so strongly. As kids come out earlier and earlier, they need our support, especially as gay elders.

In a weird way that comes from me not having any gay elders. I moved to New York in 1999, which was kind of the tail end of the AIDS epidemic and there was this huge gap of gay identity. A whole generation of people were gone. And I think out of that has come, in all of my work, this real need to connect and watch out for queer kids.

PM: Ours is a generation without mentors. Or very few.

JS: Without a doubt.

PM: Will you take on 30 mentees per year at little queer training camps?

JS: I'd love to! Of course I would!!! Of course! That would be great! If I ever had a gay camp that would be marvelous. Wake up late, watch Valley of the Dolls in the afternoon, it would be wonderful.

PM: Arts and crafts would last for hours.

JS: Hours!! It would be wonderful. I'm ready.

PM: You've talked a lot about the current generation and the generation that came before us and their struggle to relate to each other. For the kids who are queer who read your book, do you have any idea what their generation is going to be like when they grow up?

PM: And if it doesn't please you, you can just make it disappear.

JS: Exactly. But, I think there is a real, wonderful thing about involving yourself with things that don't please you or challenge your ideas or make you think in a different way. From an artistic point of view, even when you see something bad you can learn from it even though you hate it.

I worry a little bit about the younger generation because I see a lot of them just knowing what they want to know and being satisfied with that. I think that we all, myself included, could be stretched a lot more and evolve a lot more and hear from people with different experiences and voices. So, I would hope that they use the tools they have like Twitter and YouTube to involve themselves a little more.

PM: I think that's true for all of us, not just the younger generation.

JS: Absolutely. That's part of the reason I wanted to write this book. I think we all need more empathy -- not pity -- actually feeling for someone else and being involved in their emotional experience. The world is a scary place. The less we communicate with each other and the less amount of empathy we have, the scarier it will become. As things progress in both great and darker ways, we'll have to rely on each other more.

Those are things I hope, not just for queer kids, but for everybody.

For queer kids, I hope for them that they still, even as queer becomes more normalized, they aren't going to have to search for gay undertones in movies, I hope that they continue to see that their queernesss and otherness is their power, not something that needs to be excused or catered to in a different way. Really, as a queer person in the world, you stand in a great position of power. I see that with a lot of young queer people and I hope that trend continues.

PM: I hope they get to experience the gift of freedom to build your own life and make your own rules.