"Use your life as a class." That is what Oprah's Master Class is about, what arrived to it's fourth season last year. They started the new season with a premier of Justin Timberlake. With the person who makes you feel that what he does is easy while you are watching him performe. As he says he hears it often: "You make it look so easy". But clearly it's not even close as easy as you would think. We just can't forget one thing. There are people borned to do this and there are ones who are not -- but the ones borned to do it put a lot of effort and energy in it and go through on bigger battles than what we could ever imagine. 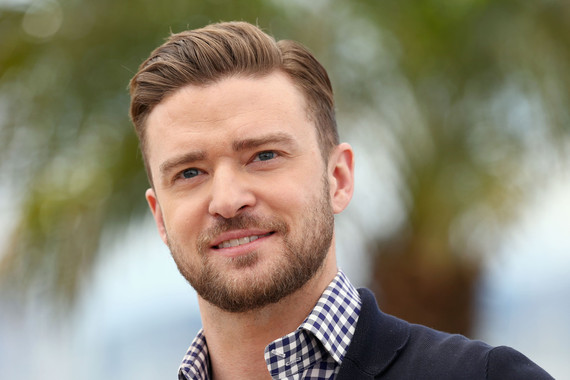 Justin was born to be a performer. He already felt the difference between him and the others while just being a kid. He hardly found a place to belong. He was very different. He soon found himself in the choir of the church, where he fastly created a good relationship with the world of the stage. He also mentioned it, laughing : "It doesn't matter how you sing, good or bad, there is an Amen in the end of each song." The fact that he was standing on stage and sang meant a lot more to him than playing with the other kids.

The big turn in his life arrived when he didn't win on a talent show - as this is what led him to the Mickey Mouse Club. He asked his mother to pass a weekend at Disney World, so they got into the car and went there immediately. But there was a half a minute spot through the annuncment section what also made Ryan Gosling and Britney Spears to audition. Than Justin looked at his mom and they decided why not to try. He started to prepare himself just an hour before the audition, he showed what he got and he got chosen.

Even though the show just lasted two years it had a huge effect on the lives of the people taking part of it, putting them on the map forever. With closing one door, there is an other one opening. The first big lesson of Justin's life is exactly about this:

Believe that life always has a better plan for you. If he doesn't open a door for you, that's because you need to keep on going, passing it and finding the door that was meant to open for you. You just and only need to step in and do your job.

He learnt a lot through the two years especially about what looks good on stage and what doesn't. He fell in love with acting for a lifetime and more. But as they just shot two seasons acting ended pretty soon as well. That's when he started to go to school again, but he was never the same child from before - he was the guy from the TV who had to work twice as hard to get friends.

His mother only told him this:
"..you have to know that there is something in you that you need to get out and show the world but it comes with challenges. It's testing your character, but just to know how serious are you taking it. It is normal for you, but not for the others. NEVER forget that it doesn't mean that you are more than anybody else. There is going to be a point when you will realize that you will always have to work harder than the others." 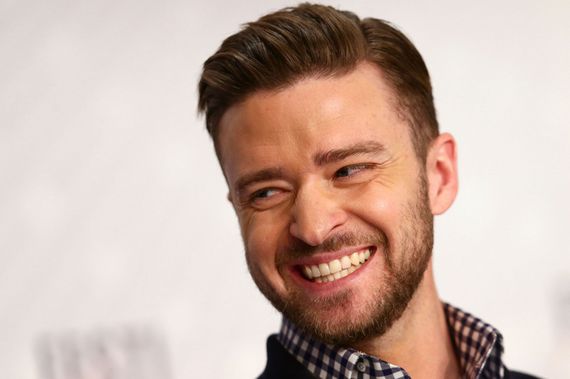 That is when (being 14) he got an other phone call from a guy who really wanted to make a band. They called Justin to ask if he was interested in being part of it. They realised that they still need more people and his mother was supporting him all along the way. If they succeed, it's good, if not, that is fine too. As they had the weekend at Disney World before now they had one with the guys that turned to be a full week . By the end of that week all five members of the freshly created N-sync was there together.

They decided to try and give a chance for themselves. They signed down a contract and went on a trip to Europe. By the time they got back to the US, they were already superstars. They got their first 10 000 dollar cheque. They couldn't even believe that this whole thing was happening to them. The next album made an even bigger excitement. The whole Times Square was closed from traffic because of them. Justin even said: "Look at this and remember to this moment, because you won't see anything like this ever again." They sold one million from the new album in two days. "I remember to that feeling, that's when I realised that nothing is going to be how it is like now anymore".

But still everything kept changing. They arrived to the point when they performed in front of hundred thousands of people, that was when Justin first felt that he is not able to keep doing it for much longer now. A little voice in his head was always telling him to "TRY YOURSELF OUT". And he did it because there was no other choice. He had everything, they were super famous and successful but he still wanted to find his own voice somehow. It was incredibly hard for him to leave from one of the most famous bands of the world, but he felt that the music what was keeping him alive and his style was changing and it didn't make more sense for him staying in the band. Just look at all the success he is reaching right now. Sometimes you just need to be brave enough to step out from the safe, successful, comfortable way of life and risk, listen to your guts that are saying that you belong to somewhere else. If that little voice is telling you to go somewhere else - it might be right, so just listen to it and go on the way you want. It might worth it. It worthed it in Justin's case.

And that is where he got a phone call from Michael Jackson who wanted to record a song with him. Justin was trying to make it happen together with the band , but Michael was convinced about the fact that he has to do it only with Justin. That is when the idea first came up in Justin's mind that he could be able to do a solo career just by himself. He've never seen Michael Jackson on stage before they would actually perform together. For him the motivation was always the song or the movie itself. He wasn't fancying a performer as a person but loved the result of a creating process. 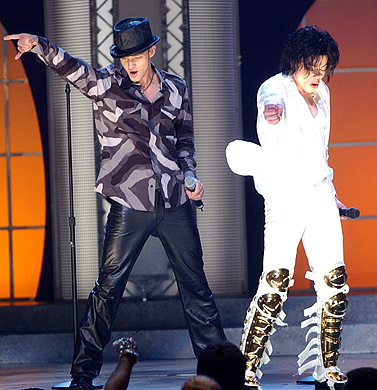 The next phone call came from Mick Jagger. He wanted to invite Justin to a festival to perform what was a huge surprise and excitement for him, but obviously he said yes. The first time he saw his name next to AC/DC and The Rolling Stones, he walked to the organizers and asked of they were sure about it. They were. Not that much the audience. He got thrown at, at the beginning just with a couple of water bottles, but by the end hundreds were flying towards him. He could have taken it as a personal insult. Even the MC went up to tell him that he can finish the performance if he would want to, but the answer was "what I start, I will finish."

After leaving the stage he went back on the side of The Rolling Stones, what after the happenings he had absolutely no desire, but then he realised that these people were just simply drunk and kept throwing things the same way to them than to him. After this night he drunk a bottle of whisky by himself.

The most valuable thing is if you like what you are doing and if your goal is getting better. Nothing else matters. Always pretend that you are a beginner so than you can always say that you don't know how to solve certain situations but in some way you will solve it for sure. Learn from the others, try out new things. Nobody believed in Justin's solo career, but it did happen anyways. He put an incredible amount of effort in it and followed his feelings through the whole way. And even if Justin is really one of those people who looks like reaching everything easily we can't forget about one thing: a person who was born with that much talent will always has to work a lot more, to study more because he just can't let himself wasting the talent he got. And to keep talent up you do have to practice a lot. The thoughts of his mom stayed in his life forever: Justin looks at himself as a beginner still at these days. A beginner who wants to improve - and that's why he is this successful.