Now that Justin Timberlake and Jessica Biel are reportedly engaged, it's time to look back on how it happened -- recapping their story using Justin's songs.

When they met, it was like "Summer Love," though the two first were paired together in the winter of 2007, shortly after Timberlake said "Cry Me A River" to Cameron Diaz. Immediately, it was declared that Timberlake's quickly-recovered mojo as helping him take "Sexyback." Photographed together almost incessantly, the world fantasized about the "Magic" happening between the two; "(And She Said) Take Me Now" could well sum up the tabloids' coverage of their sexy relationship.

They continued to date, though they weren't without their rough patches. They were rumored to "Take Away [Their] Love" a number of times, including in 2009 and in 2010, when Timberlake allegedly decided to "Work It" with Olivia Munn. He was supposedly "Love Stoned," and worried "I Think She Knows," but they stayed together.

The couple stayed strong, avoiding the paparazzi's rumors with some "Crowd Control," but in March 2011, Timberlake and Biel decided they were "Better Not Together" and to only give each other "One Last Cry" and broke up. "What Goes Around Comes Around," indeed; maybe he gave her a "Dick In A Box"?

But the break wouldn't last long; Justin showed Jessica was "Still On My Brain," and "Hallelujah," they now look like they'll be together "Until The End of Time," or at least until they're "Dead and Gone." 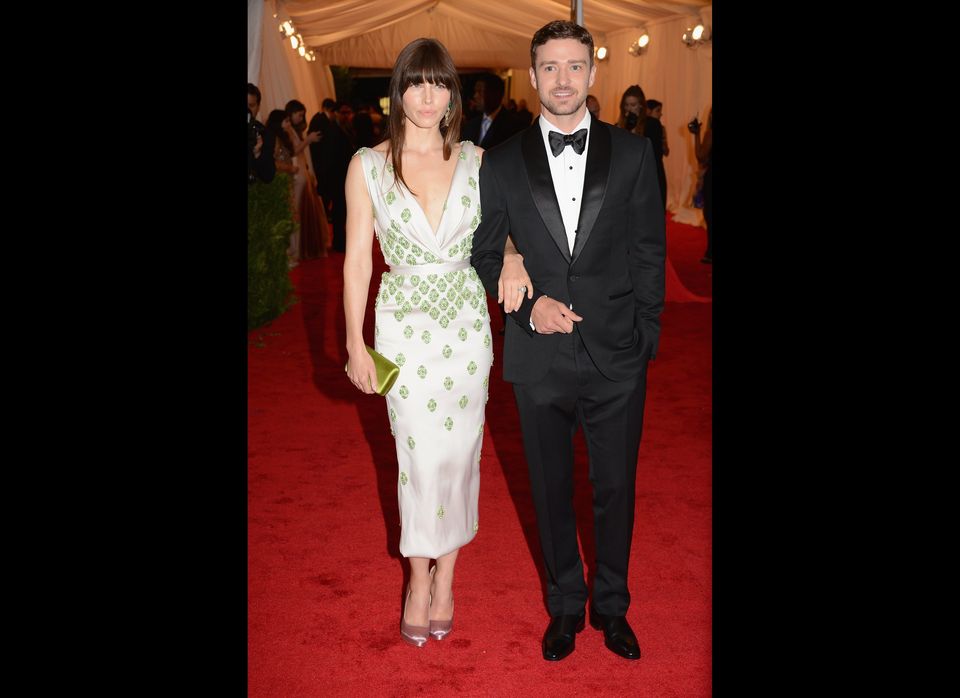