Justin Timberlake made his music comeback in New Orleans over the weekend, performing never-before-heard songs off his upcoming album.

The singer took to the stage on Saturday in the Big Easy as the star of the DIRECTV Super Saturday Night Co-Hosted by Mark Cuban’s AXS TV. Timberlake opened the show with "Like I Love You," off his 2002 album "Justified," according to the Hollywood Reporter, reigniting his solo career after a half-decade hiatus.

The look of Timberlake's first show in five years was decidedly dapper, notes Billboard. The singer was accompanied by the 15-piece band, Tennessee Men, and the set reminded many of a 1940s jazz club. Forgotten was the boy bander with frosted highlights, and in his place was a crooner with slicked-back hair, black suit and bow tie.

"If it's alright with you, I'm about to do a new song right now. This is from my upcoming album," he told the crowd before breaking out some new tunes, according to Billboard.

Timberlake debuted two new songs, including "Pusher Love Girl" and "That Girl," at Saturday's show, according to Rolling Stone. The former uses drug-addiction euphemisms to described an ongoing romantic relationship, while the latter is a nod to smoother R&B.

Timberlake revealed the inspiration behind the album, due out on March 19, in an open letter to fans last month.

"The inspiration for this really came out of the blue and to be honest, I didn't expect anything out of it," he wrote. "I just went into the studio and started playing around with some sounds and songs. It was probably the best time I've had in my career... Just creating with no rules and/or end goal in mind and really enjoying the process." 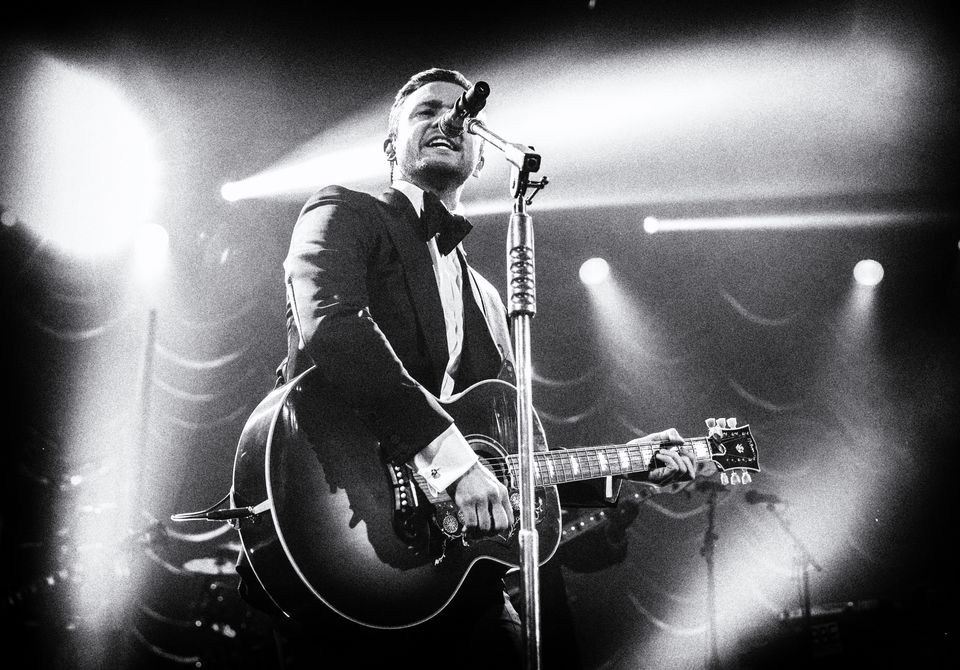