Canadian Prime Minister Justin Trudeau proudly proclaimed that he is a feminist during a global town hall that The Huffington Post Canada hosted on the eve of International Women's Day.

"I myself am a feminist and I believe that we need to make sure that we have pay equity and gender equality right across the board," he said.

The 44-year-old Liberal leader has emphasized women's rights as a top priority for his party since he assumed office in November, and has encouraged his cabinet ministers -- 15 women and 15 men -- to do the same.

It’s #IWD2016! Today, our Cabinet ministers take over this account & explain why they're working to make the #PledgeForParity a reality.

Trudeau dominated headlines late last year when a reporter asked why it was so important for him to appoint Canada's first-ever gender-balanced Cabinet on the day of his inauguration. "Because it's 2015," he replied, without hesitation.

The leader swiftly promised to launch a national inquiry into the thousands of indigenous women who have gone missing or been murdered in Canada over the decades -- a move that former prime minister Stephen Harper opposed, despite a public outcry.

Canada ranks 30th out of 145 countries for gender equality, two places behind the U.S., according to the World Economic Forum.

The WEF predicted it would take another 117 years to close the global economic gender gap, noted HuffPost reader Bushra Ebadi, who asked Trudeau what Canada would do to expedite the process.

Trudeau pointed to the need for legislative and social changes to advance gender equality. Women succeed and excel with equal opportunity and support, he said.

"How we look at education in schools, how we look at how we raise young women and men to see that the future is there for each and every one of them. How we crack down on patriarchal thinking and gender-based violence," he told HuffPost Canada. "I mean, there’s an entire social change that has to go, that goes through women’s reproductive rights as well and a range of other things."

It is time for each of us to take action to advance equal rights & opportunities for women and men. Read: #IWD2016 https://t.co/ur46C0exDr

In an editorial that appeared in The Globe and Mail on Tuesday, Trudeau praised his country's strides toward gender parity, but stressed there is "a lot of hard work" left to do.

"Quite simply, we must do more," he wrote in the Canadian newspaper. "We should not be afraid of the word feminism ... Equality is not a threat, it is an opportunity."

Justin Trudeau: 'Everybody Knows The North Pole Is In Canada'

Canada's New Prime Minister Is The Exact Opposite Of Donald Trump 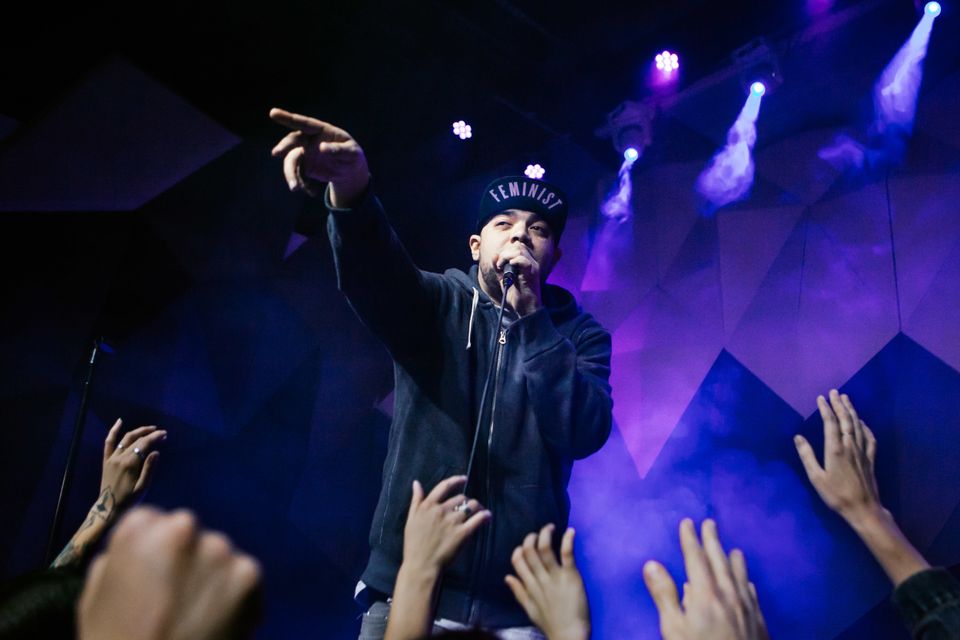