Christine Camp, an employee at the center, was with Belfield and his wife, Lillian, before other family members arrived on Tuesday .

"I could see him breathing, and I leaned down and I looked at him and I said, 'Happy Veterans Day. Thank you for your service,'" Camp told the outlet. 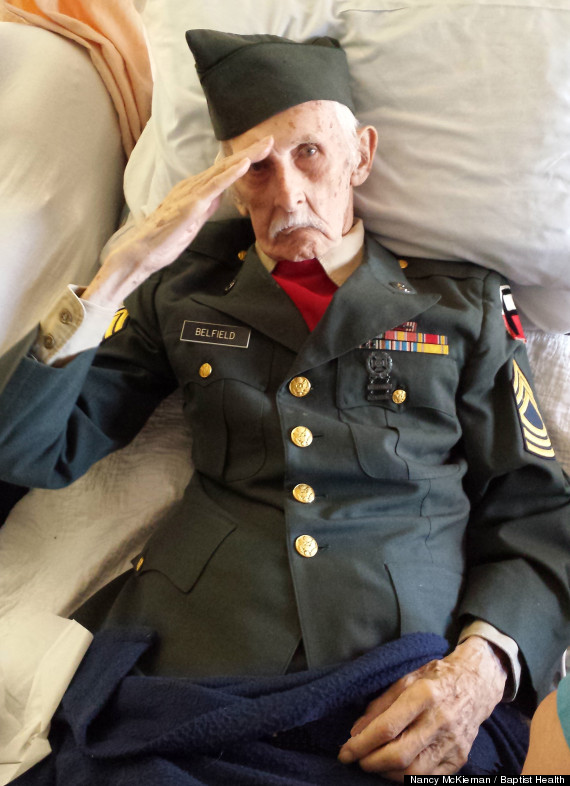 Belfield had spent 16 years in the Army, according to the Associated Press, and wore his uniform for every Veterans Day. Too weak to participate in the center's patriotic festivities on Tuesday, the former master sergeant requested to be dressed in his uniform, even though he was confined to his bed for the day.

Belfield, who spoke English, French and German, and also fought in the Korean War, joined Lillian in the center in April of last year, News 10 ABC reported.

"Thank you everyone for your kind words," she wrote. "My grandfather was very proud to have served his country. Our family is sad of his passing but we know he is with the Lord now." 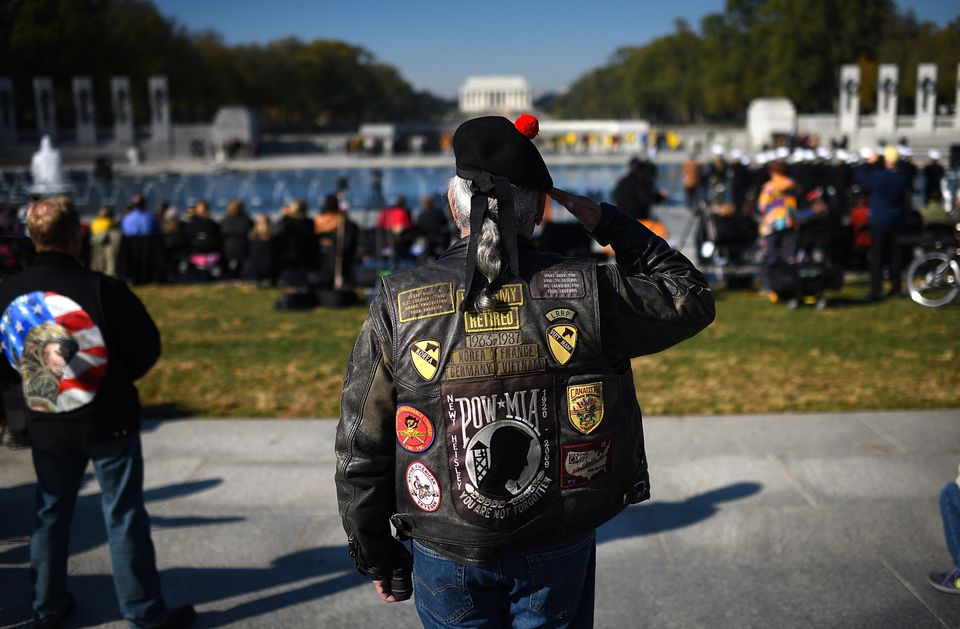 1 / 23
WASHINGTON, DC - NOVEMBER 11: Vietnam war veteran Joe "Dragon" Lozano, retired U.S. Army, salutes during the playing of "Taps" at a Veterans Day ceremony at the World War Two Memorial November 11, 2014 in Washington, DC. Originally established as Armistice Day in 1919, the holiday was renamed Veterans Day in 1954 by President Dwight Eisenhower, and honors those who have served in the U.S. military. (Photo by Win McNamee/Getty Images)
Win McNamee via Getty Images