Fans and players were stunned on Monday night when Portland Trail Blazers center Jusuf Nurkic suffered a horrific season-ending injury in a game against the Brooklyn Nets.

During the game’s second overtime, Nurkic jumped for a rebound at the net and came down at the wrong angle. His left leg appeared to snap above the ankle.

Then, as he writhed in agony, a referee attempting to step over him inadvertently kicked the injured foot.

Players winced, covered their eyes, bit their shirts and looked away as fans chanted the fallen player’s name.

Nurkic, who leads the Blazers in rebounds and blocks, was taken out on a stretcher and later determined to have compound fractures to his left tibia and fibula, or the two bones in the lower leg, the team said after the game. He is out for the remainder of the season and there is no timetable for his return to basketball activity.

Nurkic was having one of his best games of the season with 32 points and 16 rebounds when he was injured.

“It made me sick to my stomach,” guard Damian Lillard told The Oregonian. “I was playing at the game in Vegas when a similar thing happened to Paul George. That’s exactly what it looked like to me when I saw it. You never want to see that happen to anybody, let alone your friend and teammate.”

The Blazers defeated the Nets, 148-144, and clinched a playoff spot as a result, but players said it would be difficult to celebrate given the injury.

“It’s tough, man. To see one of your brothers going down like that ― I just don’t know what to say,” center Enes Kanter told ESPN after the game. “But tonight I’m just going to go home and pray for him, man.” 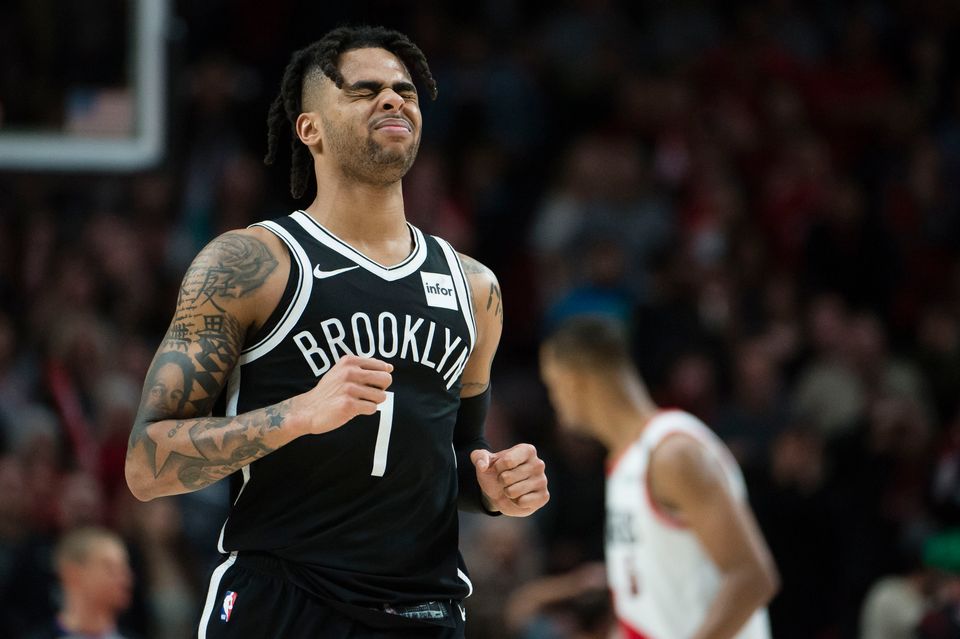