The education provided to young inmates in the juvenile justice system is grossly inadequate and generally ineffective, according to a report released Thursday.

The report from the Southern Education Foundation, which promotes educational quality in Southern states, looked at the educational progress by students during confinement in the juvenile justice system. The report, titled “Just Learning,” found that the inmate students generally received a substandard education, even though learning may have had a positive impact on their lives and reduced their chances of recidivism.

According to 2009 Department of Education data used in the study, students enrolled in juvenile justice education systems for more than 90 days generally “failed to make any significant improvement in learning and academic achievement.“ Additionally, “less than half of these students in the age range for attending high school earned one or more course credits attending state juvenile justice schools across the nation,” the study says.

“The juvenile justice education programs that serve hundreds of thousands of students are characterized by low expectations, inadequate supports to address student needs, and ineffective instruction and technology," Steve Suitts, vice president of the Southern Education Foundation and author of the study, said in a press release. "Students come out of the juvenile justice system in worse shape than when they entered, struggling to return to school or get their lives back on track.”

Approximately 70,000 students were confined in juvenile justice systems on any given day in 2010. More than 60 percent were black or Hispanic, and 85 percent were male. About 37 percent had committed a crime against another person, and a significant number had committed a crime against property. About one-third of students in juvenile justice residential facilities were there for minor reasons, including being unruly and breaking underage laws. 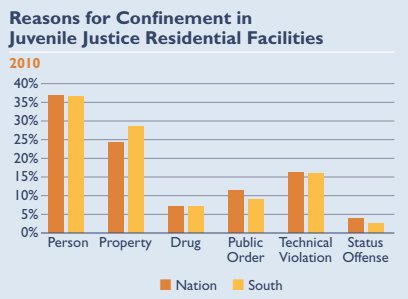 Many of these students have emotional or health problems that affect their ability to learn. According to 2010 data, 37 percent of incarcerated youth had visual, hearing, or dental problems, 30 percent had experienced physical or sexual abuse, 72 percent had issues with drugs and alcohol, and 45 percent had problems paying attention at school or work. However, in an education system that is decentralized, disorganized and rarely prioritized, the needs of these students often were failed.

The education provided to students in the custody of the juvenile justice system can vary by county, Suitts told The Huffington Post over the phone. Sometimes, students are bused to local schools for special classes. Other times, teachers come to them in the state-run facilities where they are in custody.

The students’ educational records, including information on special education needs, psychological needs and prior grades, often get lost in the shuffle, said Suitts. However, the main reason students fail to learn while incarcerated, Suitts said, is because the juvenile justice system simply does not prioritize education.

Because students in the custody of the state are not subject to standardized tests, there's a dearth of information about their educational progress, and little accountability for their learning, Suitts said.

“We do need some kind of tests, then followed by support,” said Suitts. “We need to be able to figure out where these kids stand on the spectrum of education, what are their needs, what do we supply, how do we make sure the system supplies those things.”

The report recommends juvenile justice systems be subjected to state standards for teaching and learning, that they collect more data about students’ educational needs and progress, and that they develop individualized education plans for each student. The recommendations would save states a great deal of money, according to the study: 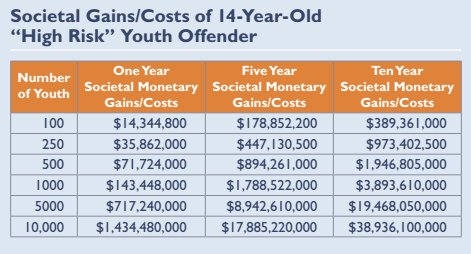