There are about 2,500 youth offenders serving life sentences without the possibility of parole in prisons worldwide. We've come up with a map showing all of the countries where they are incarcerated. 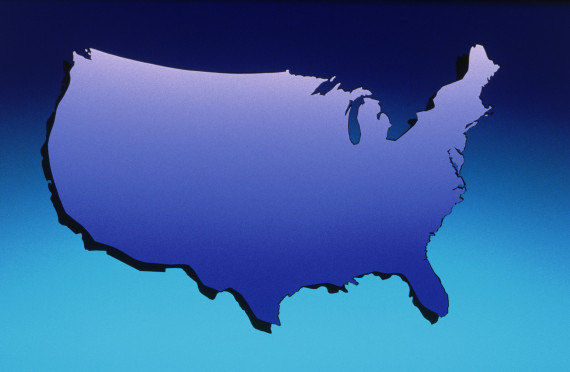 That's right: The United States is the only country in the world that condemns people to spend their lives behind bars for crimes they committed before they turned 18.

A new report from the Sentencing Project, a group that advocates for prison reforms, highlights this fact.

Ashley Nellis, one of the authors of the report, argued that the United States has a “very strange perception of justice and of youth who misbehave.”

“Unlike other countries, we fail to acknowledge their youthfulness and often other factors that contribute to their crimes,” like poverty and childhood abuse, she said.

According to the report, life sentences for all offenders are on the rise across the country, and the population of people serving life without the possibility of parole is growing especially fast, with an increase from 40,174 in 2008 to 49,081 to 2012.

The concept of a life sentence without parole originated in the United Kingdom in the 1950s and continues to be practiced almost exclusively by former British colonies, according to Alison Parker, the U.S. director for the advocacy group Human Rights Watch. In the U.S., it became popular in the 1980s and 1990s, as politicians vied to portray themselves as “tough on crime.”

Among those former British colonies that do sentence people to life without parole, the U.S. stands apart.

The U.S. employs the practice far more commonly than any other country, and the U.S. has declined to ratify the 1989 U.N. Convention on the Rights of the Child, which bans life without parole for children. Somalia is the only other country that has failed to sign that treaty.

The Sentencing Project report cites the case of Sara Kruzan, who was forced into prostitution at the age of 13 and killed her pimp three years later, in 1994. Although the California Youth Authority recommended that the state try Kruzan as a juvenile, the prosecutor and judge maintained that she was competent to stand trial in adult court. Kruzan was sentenced to life without parole in 1995.

In 2011, California Gov. Arnold Schwarzenegger (R) commuted her sentence to 25 years to life. This past June, after a further reduction in her sentence and 19 years in prison, she was released.

This week, Schwarzenegger’s successor, Gov. Jerry Brown (D), signed a bill that seeks to expand parole opportunities for all state prisoners convicted of crimes as children.

The California legislation, SB 260, is among a growing number of indications that America’s attitude toward juvenile crimes may be changing.

In recent years, the U.S. Supreme Court has issued two decisions limiting the use of life sentences without parole for those whose crimes were committed before age 18.

Experts say the Supreme Court may soon hear a case about whether Miller applies retroactively -- that is, not just to people who commit crimes in the future, but also to those who are already in prison.

“The court is making it very difficult for the states to impose this sentence on kids,” said Parker. “I think it’s the step in the right direction in recognizing the profound differences between children and adults.”