JWoww publicly announced she wouldn't be having sex while pregnant, but much to her fiance Roger Mathews' dismay, the "Jersey Shore" cast member and new mother is in no rush to hit the sheets after giving birth.

In a HuffPost Live appearance to promote "Jersey Shore Massacre," the new horror comedy film she produced, Jenni "JWoww" Farley said that while her "vagina is back to normal," she'll still be abstaining.

"I'm not going to have sex for another year or two" she told host Caitlyn Becker.

Meilani, her daughter, was born five weeks ago, but the reality star's remained celibate "because doctors advise waiting until the six-week mark."

Although she and Roger haven't cozied up to one another since the beginning of her pregnancy, JWoww admitted she's not looking forward to resuming sexual activity.

JWoww On Life After Childbirth: 'I'm Not Going To Have Sex For Another Year Or Two!'
The11 Worst &#039;Jersey Shore&#039; Products 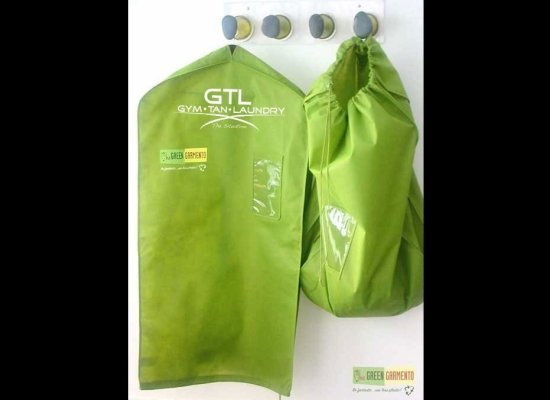 1 / 11
The Official GTL Laundry Bag
Gym, tanning and laundry make up the mythical "GTL", the main drive of douche bags everywhere. After the phrase was coined on the first season of the "Jersey Shore" it was only a matter of time before there was the eventual product cash-in. The Situation teamed with Green Garmento to fill this need with a reusable laundry bag. The bag is both environmentally friendly (green) and comes in two colors: black and eye-blinding green. You can spot the official bag because of it's signature tribal style logo, which is totally not douchey. Picture via <a href="http://thegreengarmento.com/shop/the-situation-official-gtl-bag" target="_hplink">Green Garmento</a>