From "I'm A Girl Who Codes" 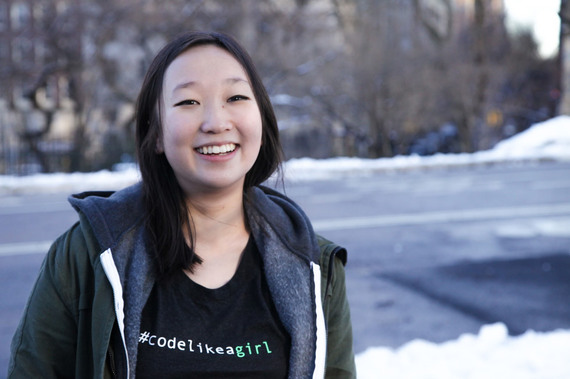 "It is rare to meet people that will make a lasting impact on your life and I had the luck of meeting 20 of them. These girls are my friends, my family, and my number 1 supporters and I will never forget them." - Kaitlin Gu

Meet Kaitlin Gu, a senior in college whose ultimate goal is to make an impact and she is. Learn more about how Kaitlin is pairing her love of music with technology and helping inspire our sisterhood of Girls Who Code in the Q&A below.

What did you want to be growing up? What do you aspire to be now?

Growing up, I wanted to be an accountant. I didn't really know what it meant - and if I'm being honest, I still don't really know - but my mom told me that it was an important job and I wanted to be important. At 7 years old, there were no courses for how to be an accountant so it was difficult to maintain that aspiration. However, the desire to make a significant impact still hasn't gone away.

Now, as I'm about to graduate college, I get the question, "So, what is it that you want to do?" almost every day. The truth is, I don't really know. There are a lot of roles that are appealing to me: teacher, software engineer, designer, etc. What I aspire to be in all of these roles is the same as it was when I was 7: important.

What is your definition of important?

To have a meaningful impact. For instance, Girls Who Code was very meaningful - or important - to me. Some people might think important ties to fame but that's not it for me, it's about affecting peoples' lives.

Yes and no. My brother always played on the computer so it was really hard to get access to it. I loved the access I had when I finally got ahold of it. I wish I had gotten more time with it.

What made you apply to be a TA at Girls Who Code?

What was unexpected was the impact that my students made on my life. They gave me courage, confidence, and a family that I could go to if ever need be. If you (the reader of this blog) are asking me if you should join the Girls Who Code movement by joining a club or applying for the Summer Immersion Program, I will always answer yes! You not only get to learn how to code but you build a network of people who are your #1 champions.

Another thing that I made was Meowsic, which was a hack for a hackathon that I helped run at Spotify. You can bring together any song and then add meows to the downbeat of the song. 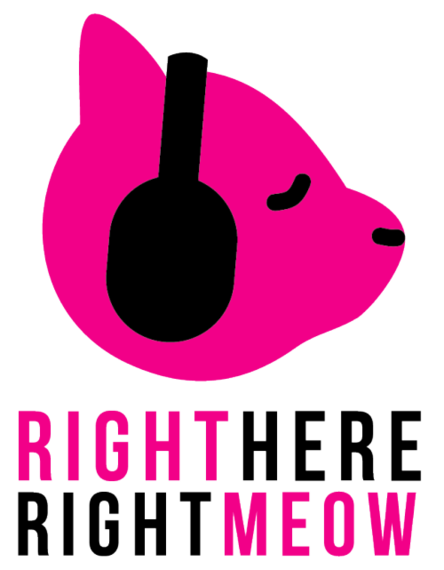 That sounds like the most fun app ever! Was it hard to create the app? Do you think coding us hard?

The hardest part about coding is the initial confidence gap. I remember having this sense that computer science was incomprehensible unless you were a natural born talent. And you feel even more like an outsider when you don't see a lot of people that look like you. The truth is, most people feel this way. So much in fact that there's a name for it: "impostor syndrome." Unfortunately, more women are likely to feel this way. This feeling doesn't ever go away, which I don't necessarily think is a bad thing. It means that you feel like you can always learn more and that is always true. What's important is to not let those feelings get in the way of your own desire to learn.

Why do you think it's important to teach girls Computer Science?

It's interesting, you can immerse yourself in supportive environments that empower you and make you feel like you can do anything that you want! Every so often, though, you will meet someone outside of that environment that makes you question everything you've ever accomplished because of your identity. Those moments happen from time to time and they stick out more than I'd like.

I remember feeling weird being the only female developer at my job and not being assigned projects. I would wonder if it was because of my gender. I was also paid less than my male peers. At my school's club fest, people scoffed at the existence of a women in the computing club. Those moments are the hardest because they fabricate doubt and doubt is incredibly dangerous. What has always saved me is a power pose. Just standing like I'm superwoman for about one or two minutes reminds me that I AM superwoman. I tell myself everything that I've accomplished, everything I've worked for and stand like I have all the power in the world and it shuts down all the noise.

Would you say that coding has made you feel more confident?

Working through a problem, struggling through it and then solving it gives me an immense amount of confidence. When I wrote my first "Hello World" program in Java, I did a little dance after. Fast forward two years and I'm debugging a lab for operating systems and doing the same dance when a program runs. The ability to look at my code, understand how it works, and being able to point to that program and say "I did that" makes for a great feeling. What ultimately makes me the most confident is being able to give that feeling to another person by teaching them how to code. Giving someone the ability to celebrate their code and claim ownership of it is so rewarding and I hope that I can always offer that to others.

Tell us about a time you overcame failure.

The worst thing about failure is that sometimes it can really consume you. I remember quitting a job prematurely, and I felt like a complete failure. Then, I started feeling like a failure for not being able to get over that failure quickly enough. In hindsight, I realize that in quitting that job, I was standing up for my values. Despite promises of a paycheck, I worked there for a long time without any compensation, the work was not challenging enough for me and took up time that I could have been dedicating to honing my skills or bettering myself in some way. Nevertheless, at the time I was panicking. I would try to reason with myself, telling myself that successful people will fail at one time or another, that I would be ok. Still, I couldn't shake the feeling that if I were to put this job on my resume, the previous employer would make sure that I would never get hired again. I viewed these feelings as an even deeper sign of failure, and I tried to suppress them immediately.

I think is is important to let yourself feel like a failure. No one can ride on the highs of their successes forever. You need to be taken down sometimes so that you can learn from your mistakes and rise up even higher.

How does computer science tie to your other passions?

I help organize a hackathon called the Monthly Music Hackathon. I strongly encourage everyone who is reading this to attend! I don't really know much about music - I've been told I'm tone deaf by a variety of people- but I love it. I thought I would never be able to pursue my music passion but Monthly Music Hackathon provided me with a space to do it.

What advice would you give to another girl to inspire her to code?

The biggest hindrance I find in computer science is people saying, "Oh, you don't look like the type of person who would code." There isn't a typical type. Look for mentors who tackle that standard. A lot of people think I can code because I'm Asian. It's a back-handed and racist compliment.

Can we come to one of your hackathons?

NYU WinC is the largest community of technical women at NYU, with over 200 members and we're throwing a hackathon called FlawlessHacks on April 16. We're bringing together over 100 women engineers from the greater New York area and from colleges such as NYU, Columbia, Barnard, Pace, and Cooper Union for a day of coding, mentorship and awesome projects! 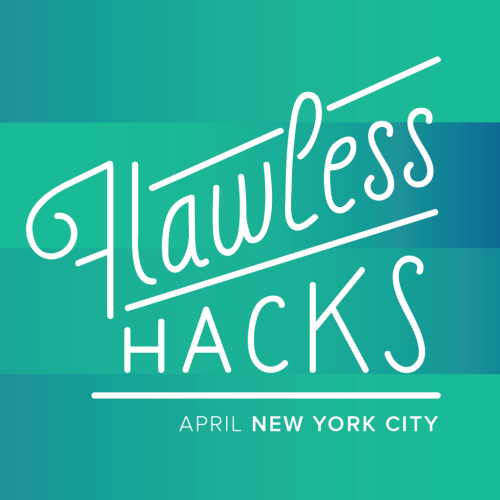