Did "The Bachelorette" herself reveal the winner of her show after just five episodes?

Variety reports that on Friday night, Kaitlyn Bristowe posted a Snapchat story that showed her in bed with contestant Shawn Booth (the guy that people think looks like Ryan Gosling), leading many to believe that he's not only the Season 11 winner, but that they are still together.

The photos were quickly deleted, but not before they were screencapped and spread around on Twitter.

Booth started out the season strong by winning the first impression rose, and assuming this isn't some promotional stunt for the series, fans are no doubt wondering if they need to watch the remaining episodes.

Neither Bristowe nor Booth have spoken about the photos at this time, nor is it likely they will since they are contractually obligated not to discuss the outcome of the show. Reps for ABC told The Huffington Post they had no comment. 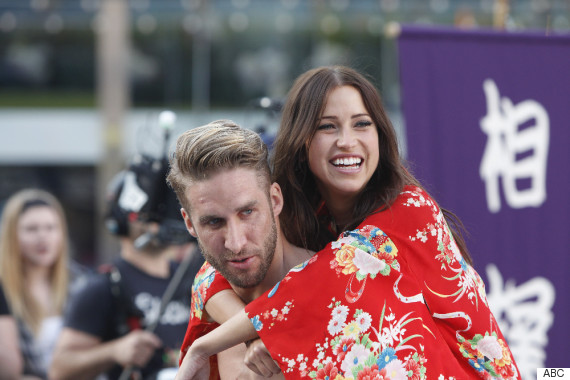