Remember when oat bran was the king of foods? Experts promised improved health and vitality, peace of mind and natural weight loss, and of course, regular bowel movements. I was an oat bran evangelist. I sprinkled it on cereal, baked it into muffins and sought it out on nutritional labels. I talked it up, swallowed it down, and only occasionally spit it out. Like any self-righteous fundamentalist worth her salt, I truly belieeeeeeeved oat bran would set me free.

Then I got cancer. Actually, cancer got me. TWICE!! TWO DIFFERENT KINDS! My first statement upon receiving the diagnosis was, "Oh Shit." The second was "But this shouldn't happen... I've been eating so much oat bran!" Apparently, oat bran is not the nutrition equivalent of a Kevlar vest. I haven't eaten oat bran since.

But I sure went for those Omega 3s! Fish oil followed oat bran as the superhero of the food world. In its heyday, fish oil garnered as much media attention as a Kardashian. Experts promised fish oil would improve my brain function and lower my anxiety and depression levels, two benefits I could have really used after all that cancer. Fish oil is also supposed to improve brain function, relieve skin conditions and lower cholesterol. So I began eating tuna sandwiches. I adore tuna sandwiches. Bring on cancer number three! While waiting for the diagnosis in the doctor's waiting room I read an article about the mercury levels in some of our favorite fish, especially tuna. It's toxic and getting worse every day. God knows what all those tuna sandwiches did to me. And I still leave my cellphone everywhere I go, so I doubt my brain function has improved much.

That brings us to kale... the dark, leafy green whose virtues have heretofore been unsung. Everyone's talking about it, massaging it, pulverizing it, eating it raw, drinking it in smoothies, and generally extolling its miraculous illness-prevention powers. A quick jaunt through some health-related sites yielded these health benefits of kale. It:
• lowers cholesterol
• prevents asthma
• prevents arthritis
• improves vision
• fights autoimmune diseases
• provides cardio-vascular support
• keeps you hydrated
• prevents osteoporosis
• improves your skin
• detoxifies you
• boosts liver health
• prevents joint pain

Holy Cow! That's impressive. Once I saw that list I decided I'd be a fool to let that bandwagon leave town without me, so I climbed aboard.

First I made myself a lovely massaged kale salad with mango and pistachios. It's delicious as long as you only eat the mango and pistachios. The next day I ordered a smoothie at my local smoothie place and told them to throw some kale in it. The drink was a lovely shade of hospital- wall green... the same color my oldest son used to turn before throwing up. I couldn't do it. Refreshing drinks are not meant to be green. Sorry, they're just not.

I sprayed some oil on kale leaves and roasted them. Someone told me they taste just like potato chips. Yes, and castor oil tastes just like pink lemonade! God knows how stoned you'd have to be to chow down on those for your munchies.

I was getting very discouraged. I want to be as healthy as anyone else does. I'm not getting any younger and I've already wasted 58 years of my life by not eating kale. But this kale thing just wasn't happening for me.

After several aborted attempts to get myself with the kale program I finally found a salad dressing recipe that completely drowns out the taste of kale. It's a trillion calories, but I'm sure all the benefits of kale trump the unfortunate calorie count. I devoured an entrée-sized portion and felt quite satisfied and self-righteous.

"I can do this," I thought. "I can do this whole kale thing. I can get every bone, muscle and organ in my body to be it's very best self."

"Not so fast," my system replied.

Let me suggest this: Google "kale" and read the part about flatulence. Read it carefully. It's a little-spoken of side effect that packs a big wallop. I'm not making this up. For three days I had to, in good conscience, keep my distance from all other human beings. I will be keeping my distance from kale forever more. And boy, do I feel great!

PHOTO GALLERY
Six Things You Should Never Eat (And What To Eat Instead)
Download
Calling all HuffPost superfans!
Sign up for membership to become a founding member and help shape HuffPost's next chapter
Join HuffPost 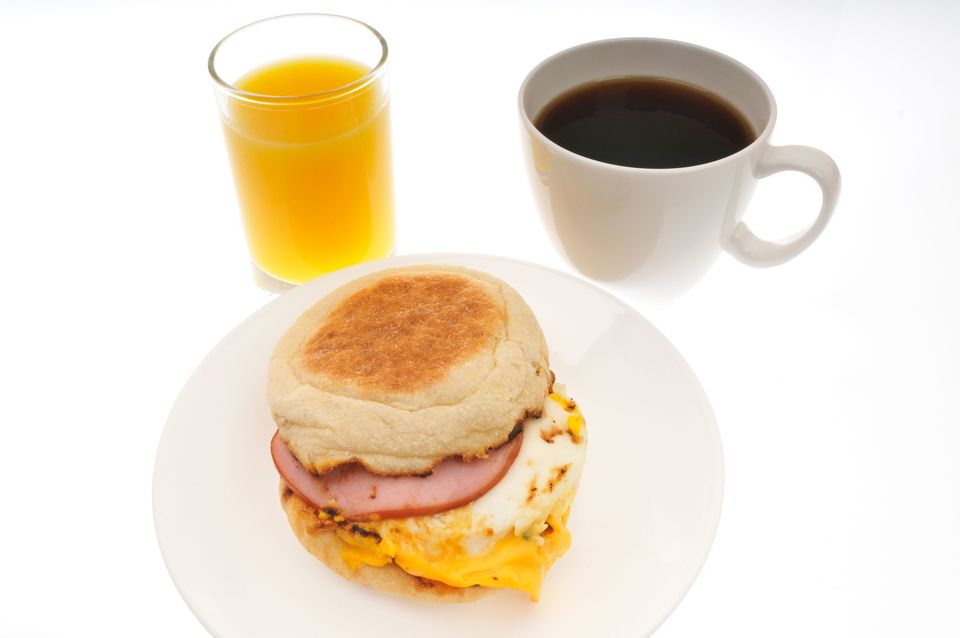