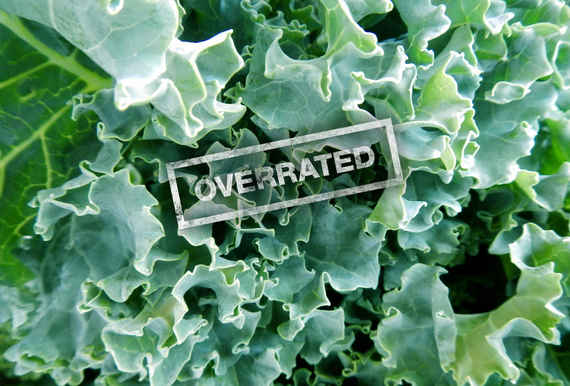 Welp, kale, it looks like your moment in the sun is finally over. Which is bad, because kale ostensibly needs sun.

Veggies are a pretty big bone of contention here at Thrillist, but if we really have to eat them (maybe stuffed inside some meat?), we certainly will. But which ones are worth your attention and love? We polled some famous chefs to get their thoughts on what vegetables are the most overrated and which are the most underrated. 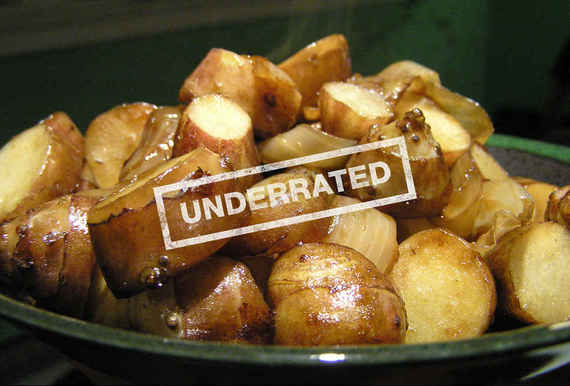 "Although not a bad thing, kale is misused a lot of the time. Serving it raw is not that pleasant (let's be real here), and cooking it just yields a boring, flat texture for me. It has been a victim of over-hype."


Most underrated vegetable: Sunchokes
"If you have ever been to Piora, they are all over the menu. Sunchokes are truly so versatile in what you use them in and how you cook them. They are the pig of vegetables. Like a potato, but with a nutty flavor that has an awesome natural sugar content that lends well to caramelization and also works well in soups and purees."

MICHAEL TUSK -- JAMES BEARD-WINNING CHEF/OWNER, QUINCE AND COTOGNA (SAN FRANCISCO, CA)
Most overrated vegetable: Spaghetti squash
"There are many other squash varieties that have less water and much, much more flavor."

Most underrated vegetable: Cardoons
"They're from the same family as the artichoke. Great flavor and texture and very versatile. A true gem."

More: How To Select The Best Produce, And Leave The Garbage For Everyone Else 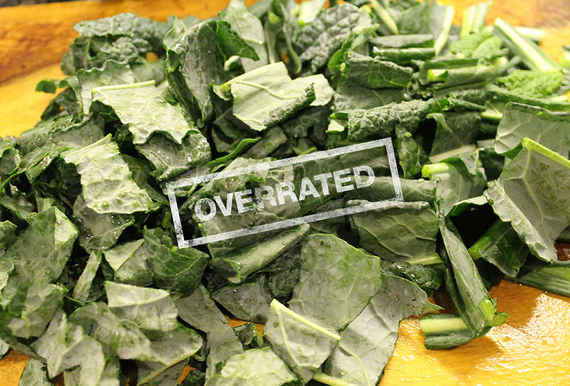 DAVID BURKE -- FOUNDER/EXEC CHEF, DAVID BURKE GROUP (NEW YORK, NY)
Most overrated vegetable: Kale
"It's a great green, but overexposed. Not necessarily the best in salads, and I'm not fan of deep-fried kale."

Most underrated vegetables: Chicory and white cabbage
"White cabbage makes the best broth for soup. It can also be stuffed, stir-fried, braised, and incorporated into salads and slaws, and there are variety of cabbages such as green, red, and napa."

CHARLIE PALMER -- JAMES BEARD-WINNING CHEF/OWNER, CHARLIE PALMER GROUP (NEW YORK, NY)
Most overrated vegetable: Sunchokes
"I've never tasted a sunchoke soup that I like, and I feel like it's a weird cross between artichokes, turnips, and celeriac."

Most underrated vegetable: Swiss chard
"With all of the craziness surrounding kale right now, it seems like we've forgotten about all of the different varieties, flavors, and goodness of Swiss chard." 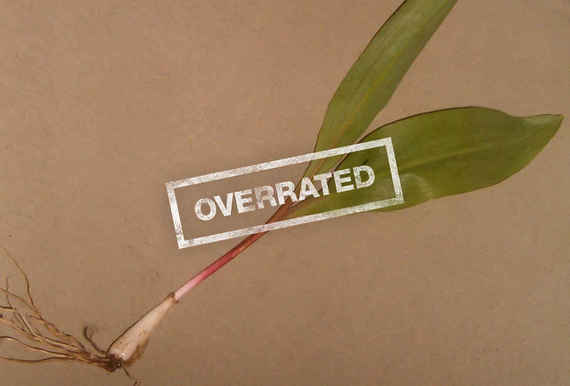 JUSTIN WARNER -- CHEF, DO OR DINE (BROOKLYN, NY)
Most overrated vegetable: Ramps
"I used to eat them and treat them like weeds in Terra Alta, WV, when I was a kid. Now they've turned in to some sort of NYC delicacy wherein it's a race every spring to see who can get ramps on their menu the fastest. I love ramps, but I wish they would have stayed the humble onion they used to be."

Most underrated vegetable: Parsnip
"The most underrated vegetable is the parsnip, which I am actively petitioning to rename 'the miracle root.' It's more sophisticated and satisfying than any root out there. It's no potato, of course, but a potato is for someone who doesn't need anything special. Parsnips would be in the gifted and talented program at Tuber Elementary."

GERARD CRAFT -- JAMES BEARD-NOMINATED CHEF/OWNER, PASTARIA (ST. LOUIS, MO)
Most overrated vegetable: Summer squash
"Vegetables have never been in the position of being overrated, but if I have to pick, it would be summer squash. I'm not saying you can't make anything delicious with it, but I'm borderline terrified of ordering it when I'm out because so many people overcook it."

Most underrated vegetable: Broccoli
"It is great roasted, grilled, boiled, or steamed. It's also great cold in a salad, puréed in a soup, or served as a great hot side in a family style meal. One of my favorite ways to serve it is to slice it about a 1/4in thick and pan-roast it with olive oil, garlic, anchovy, chili, and a little Pecorino."

There's still plenty more over and underrated picks from great chefs like Michael White, Brian Malarkey, and Bill Telepan over on Thrillist.com!