One terrifying photo, two band-aids, and some incredible luck.

Kaleb Whitby was driving Saturday on Interstate 84 in Oregon when his Chevy Silverado collided with a semi-truck, flipping him over on the highway. As he held on for his life, another semi-truck came plowing through, crushing the Silverado and leaving Whitby pinned. 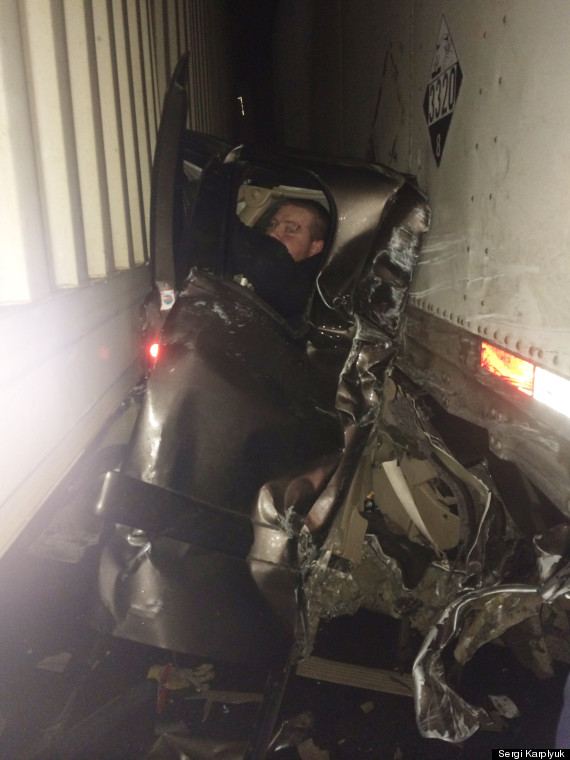 This photo by Sergi Karplyuk shows Kaleb Whitby trapped between two semi trailers after a large pile up on Interstate 84 in Baker City, Oregon, on Jan. 17, 2015.

"Thank God that I'm still alive," Whitby said, according to OregonLive. "Now I've got to go figure out why." 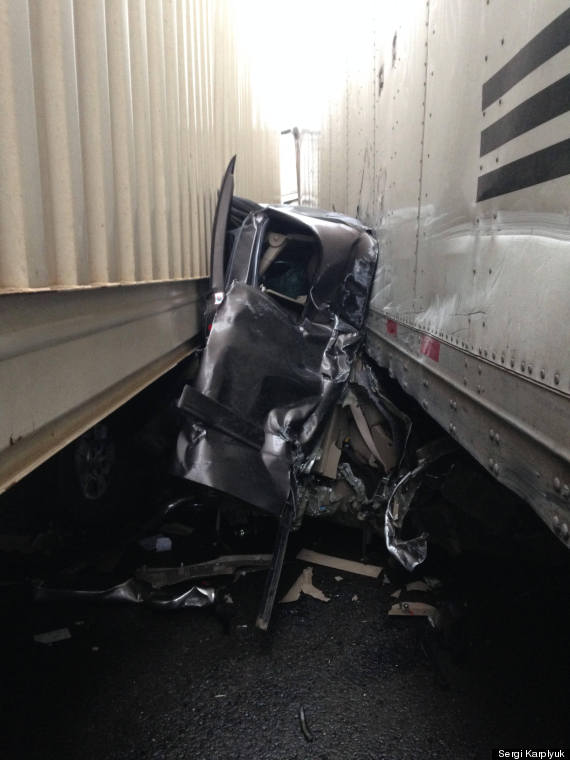 Photo showing Kaleb Whitby's truck after he was rescued. 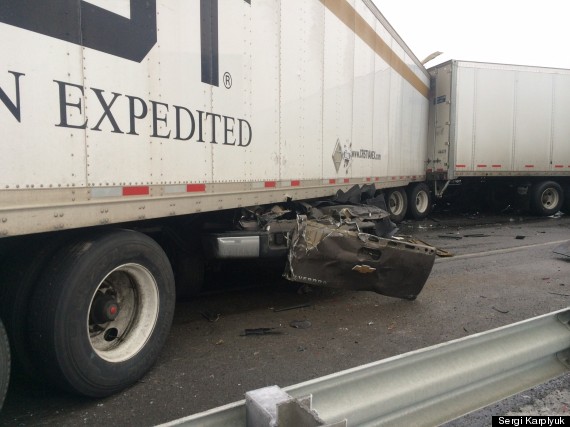