"I am currently facing the absolute worst acne breakout of my entire life."

It sounds like something you’d never want to say on camera, but one YouTuber did. Then, she shared the video with her 1.7 million subscribers.

Over the last few months, a YouTuber known online as Kalel Kitten has posted videos including silly challenges with other YouTubers like Joey Graceffa. Her latest upload took a more serious turn though, and she decided to talk about her recent struggles with acne. What started out as a few cysts turned into something more, and it has taken a toll on her emotionally.

"I don’t know what’s triggering this, but I’ve just spiraled down so far," she said. "I went into a really deep state of depression."

The YouTuber explained that her acne became so bad that she didn’t even want to look at herself or leave her home. She noted her situation is a "first world problem" and told viewers she knows it could be worse, but it still has been difficult for her. Though she admitted she’s unsure if she wants to continue documenting her experience, she thinks it could show viewers a different side of well-known YouTubers.

"Do I want to just do that and just vlog because I think it’ll make me a stronger person and I think it’ll be cool for people to see me going through something like this, that I’m a real person?" she said. "I don’t know."

Viewers have responded with encouraging comments on the video calling her "beautiful" and "an inspiration." Kalel reached out on Twitter to let them know she appreciated their kind words.

PHOTO GALLERY
My Battle With Acne 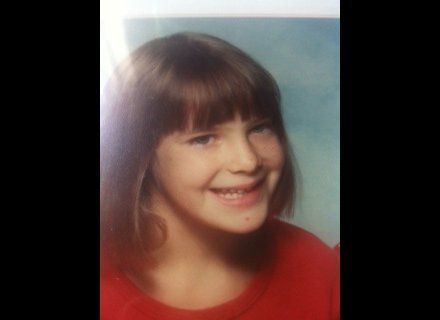 1 / 5
Before
Did I mention that my acne started early? This is a school photo from second or third grade.