The "Big Bang Theory" star spoke about equality in an interview with Redbook for the magazine's February 2015 issue. When asked if she considers herself a feminist, she responded in the negative.

"Is it bad if I say no?" she asked. "It's not really something I think about. Things are different now, and I know a lot of the work that paved the way for women happened before I was around ... I was never that feminist girl demanding equality, but maybe that's because I've never really faced inequality."

She then went on to discuss the gender roles in her household with husband Ryan Sweeting, whom she married in a surprise ceremony on New Year's Eve last year after a whirlwind romance.

"I cook for Ryan five nights a week: It makes me feel like a housewife; I love that. I know it sounds old-fashioned, but I like the idea of women taking care of their men. I'm so in control of my work that I like coming home and serving him. My mom was like that, so I think it kind of rubbed off."

As far as empowerment goes, the 29-year-old opened up about how getting breast implants in 2004 gave her a boost of confidence.

Read more from Cuoco's interview in the February 2015 issue of Redbook, on newsstands Jan. 6. 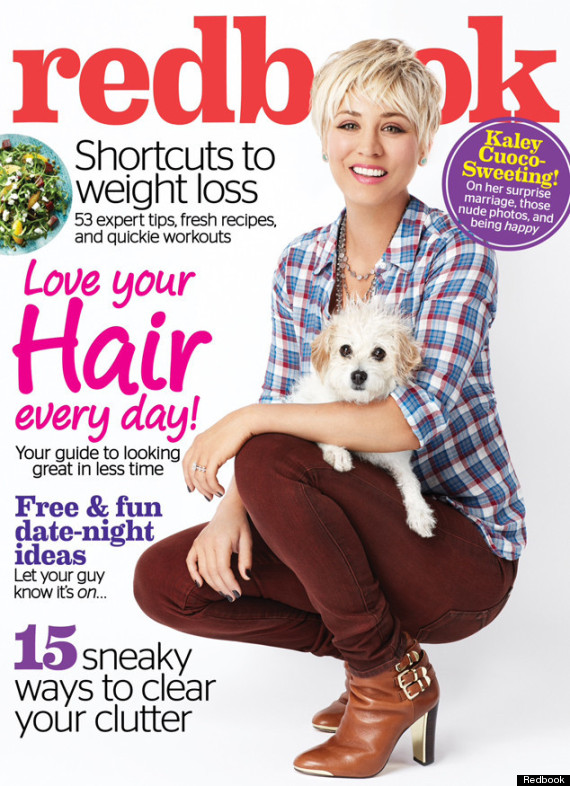