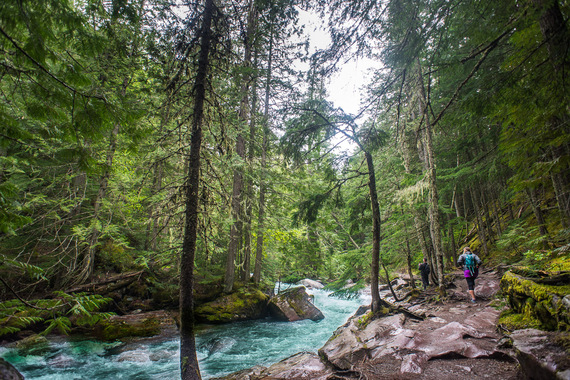 As I drove down Highway 93 from Canada to my photography assignment for the Chamber of Commerce in a city I’d visited once or twice as a child, I had no idea how many awesome things to do in Kalispell I was about to discover.

If you look at a map, Kalispell, MT, is a dot just south of the Canadian border that sits at the junction of two squiggly yellow lines (highways) that wind through enormous swathes of green (national parks) and splotches of blue (lakes). Notable points of interest on the map have names like Lonepine, Lost Trail, and West Glacier.

It’s almost like the people who named these places were trying to make it sound as desolate as possible.

That’s my kind of place. 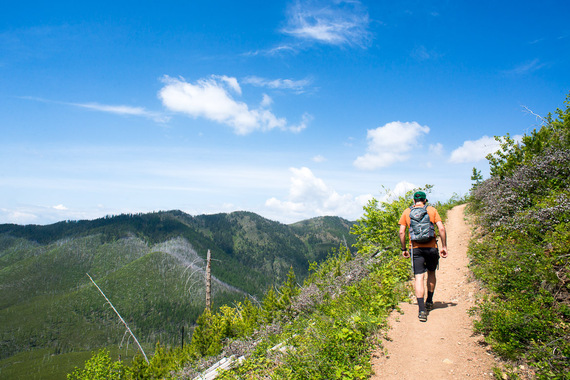 As a child I visited the area to snowboard at the local mountain, Whitefish, but this would be my first non-winter visit. It was May, so it was still chilly, but the only remaining snow was high in the mountains.

I expected to spend a week in the middle of nowhere, but I was about to learn that Kalispell is actually right in the middle of the coolest things to do in Montana: mountains webbed with hiking trails through a patchwork of unique ecosystems, torrid rivers for rafting and kayaking, vast lakes for boating and stand up paddleboarding, a surprising number of craft beer breweries and boutique restaurants, and a a cast of quirky, friendly locals straight out of a TV sitcom.

I picked up a few new outdoors sports accessories, like quick-dry shirts, pants, and socks (just in case) and I was primed and ready to go.

Here are my favorite things I did in Kalispell. 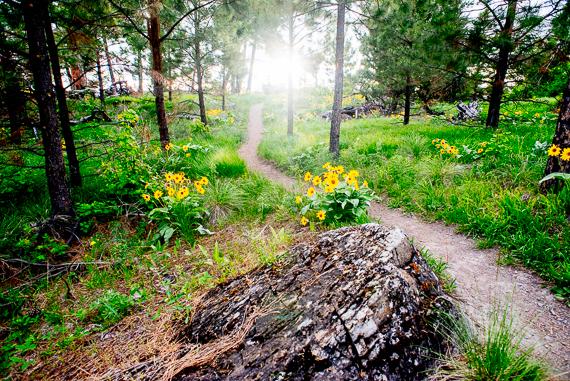 Herron park is is a 44-acre public park just southwest of Kalispell that contains 15 miles of hilly trails (vertical gains of up to 1000 feet) making it exceptional for both mountain bike riding, hiking, and finding brilliant vistas of the Flathead Valley.

The park is the trailhead of the ambitious Foy’s to Blacktail Trail (still under construction) also borders on another 5000+ acres of pubic access timberland owned by Weyerhaeuser, so it’s a great jumping off point for local exploration.

It’s literally minutes from downtown. I visited it twice. The drive took about 10 minutes.

Here’s the view from the 6 mile loop I hiked on my first afternoon. 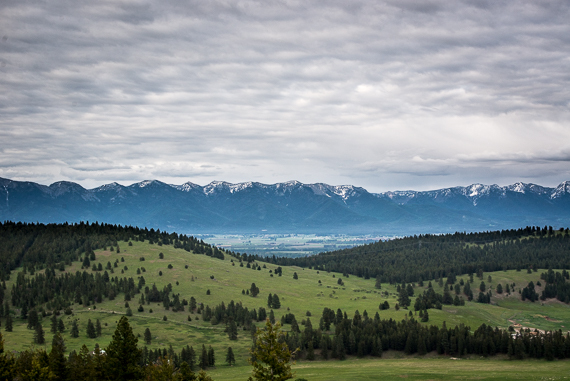 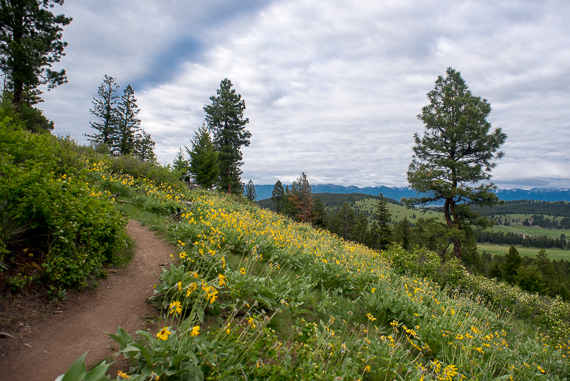 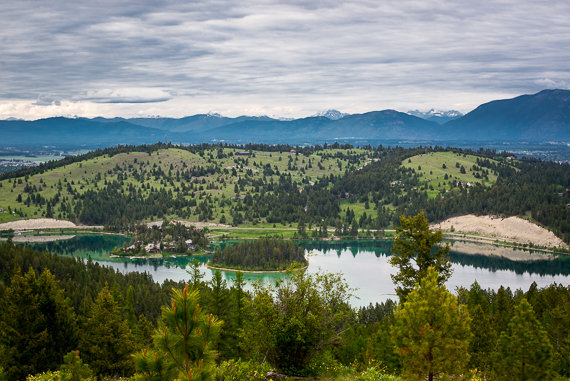 Trail Riding In The Swan Mountains 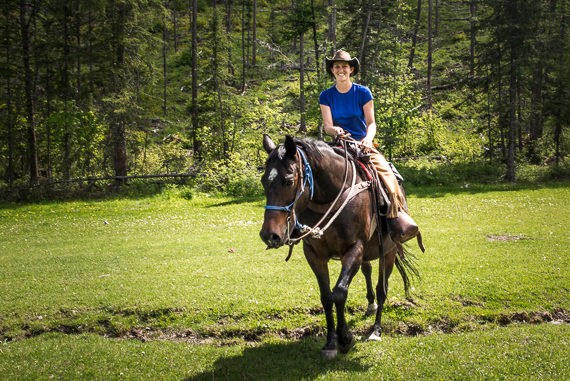 When I travel I focus almost exclusively on human-powered adventures like surfing, biking, hiking, climbing, etc. But it’s hard to visit to cowboy country without going for at least one horseback ride.

The Swan Mountains are a short drive southwest of Kalispell, just a little farther than Herron Park. The geography is rocky with lots of wildflowers and pine – excellent geography for a leisurely horseback climb to a peak with a panoramic view of the Flathead Valley and adjacent Flathead Mountain Range.

Usually horse tours like this are pretty boring — mainly because the horses are trained to walk single-file and riders have little freedom.

That was not the case on this trip.

The horse provided by my guide, Artemis Acres, was one of the best I’ve ever ridden on a a tour. My guide was in no hurry and took me on a couple of off-trail jaunts through the woods where I was actually piloting the horse, rather than just sitting on a horse trained to follow the leader.

She even gave me a quick lesson and took me (at my request) for a brief gallop up the road because I mentioned I had never learned the proper form for fast riding. 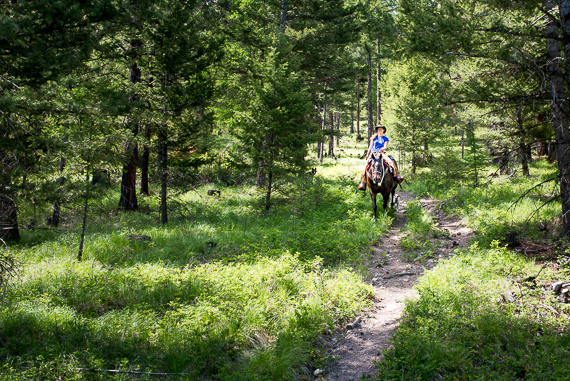 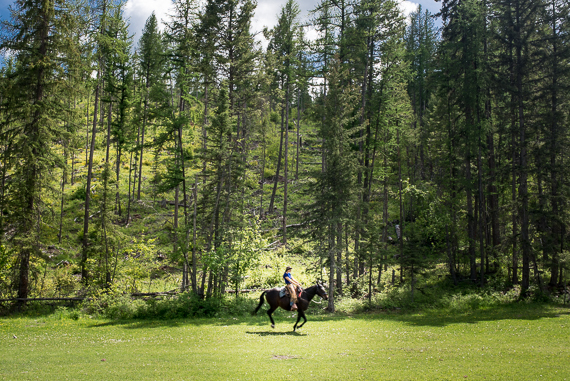 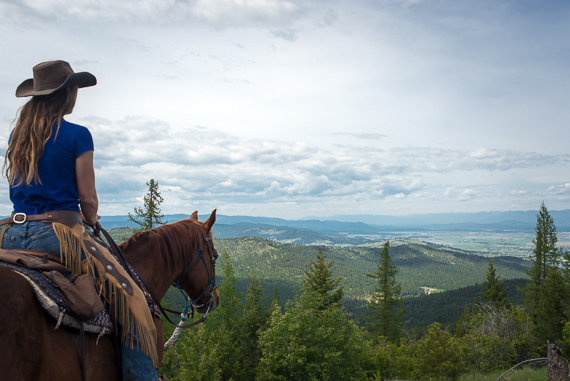 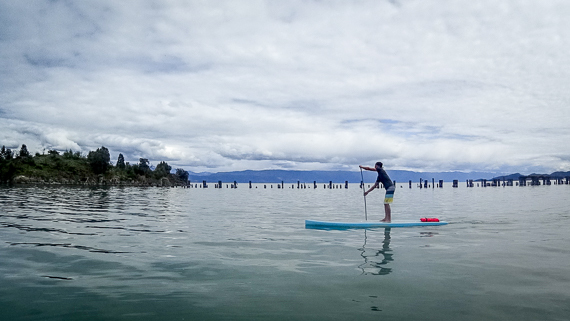 May isn’t what most people would consider an ideal time to put on their bathing suit and try to balance on a plank above a lake whose waters get as cold as 2.3°C (36°F).

But, I’m definitely not most people.

Besides, the whole point of stand up paddleboarding is not to fall off the board. Blisteringly frigid water just ups the ante.

It was cloudy and cool out when I met Chris Hogan from Paddle Board Outfitters. He was a great guy – originally a surfer from Hawaii and now a family man who builds and sells stand up paddle boards and provides rentals and tours on Flathead Lake.

SUPing is a meditative sport, kind of like cross-country skiing, You find a comfortable rhythm and just cruise around in a silent, beautiful place. In that respect, Somers Bay was a sweet place to do it.

There was no boat traffic at all. There are a few tiny islands in the bay and the east shore has an abandoned building and two rows of weathered extending into the bay, the remnants of an obsolete pier.

Yes, my feet got a bit cold in the water, but I managed to avoid falling. The scenery was spectacular and the photos we got were totally worth it. 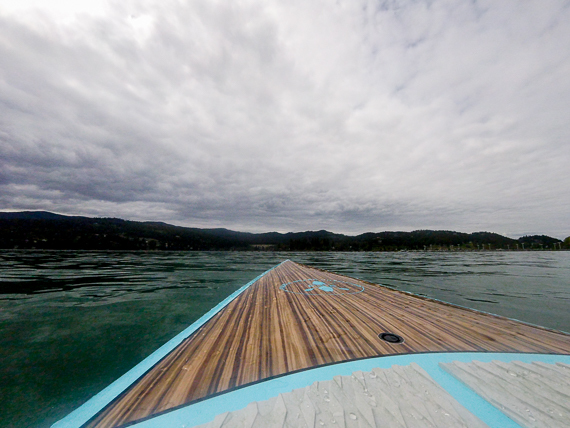 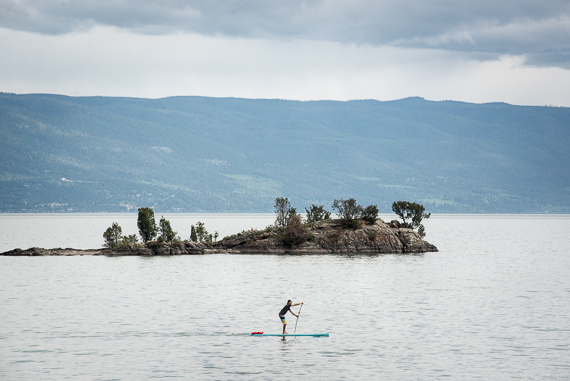 Getting Lost In The Mountains 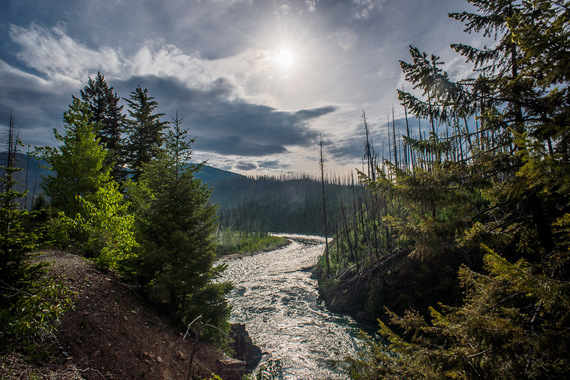 I and my friends, growing up in a small town in British Columbia, really had only one major pastime; exploring the mountains. Sometimes we’d hike. Sometimes we’d cycle. Sometimes we’d snowboard. Sometimes we’d drive. There is something simple and pure about spotting a particular peak and deciding, “I’m going to figure out how to get up there today.”

Kalispell is surrounded 360-degrees by mountains. There are some gorgeous panoramic views Kalispell literally right next to the city in Lone Pine State Park.

Of course, there are plenty of trails in nearby Glacier National Park. But my favorite part was taking my rented Toyota 4Runner out into the back roads to see what I could find.

Remember when I mentioned Herron Park at the beginning of this article? Herron Park is the trailhead of the Foys to Blacktail Trail. Blacktail is a peak about 10 miles south-southwest as the crow flies.

A local rancher who works on the project told me that the view from the trailhead was amazing.

That man was many things. An amateur historian, a Tibetan yak rancher (no, I’m not kidding), a libertarian, and an environmentalist.

One thing he was not, was an exaggerator. The selfie above is from the top of Blacktail Mountain.

So is this photo. 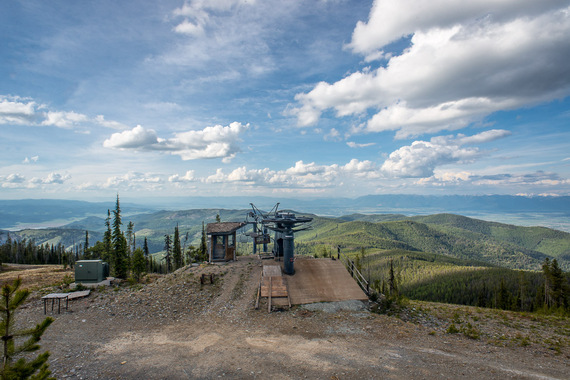 There is a small ski resort on Blacktail Mountain.

On Blacktail Mountain, I discovered my own treasures. Sometimes the fact that you did a thing yourself is more important than the thing itself. That was the case for me.

If you’re like me and you prefer to blunder out into the wilderness and chase peaks picked at random without map or a plan, then you’ll probably love Kalispell.

Below are a few more of my favorite discoveries from the trip. 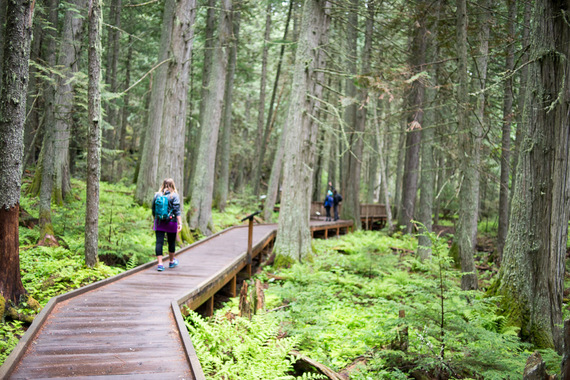 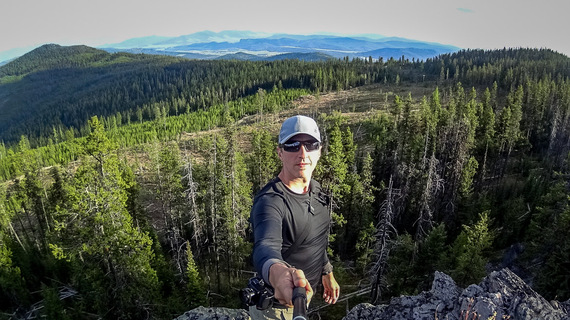 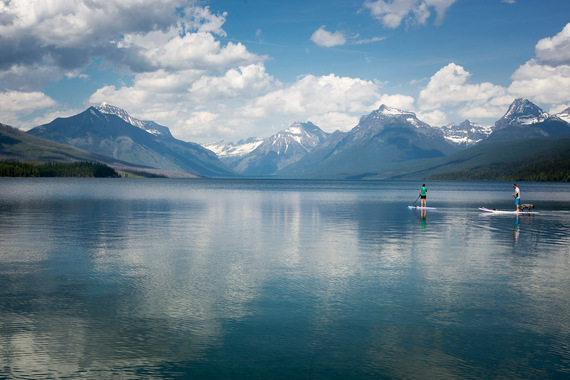 This is a shorter version of an article that originally appeared on Xpat Matt's adventure blog.