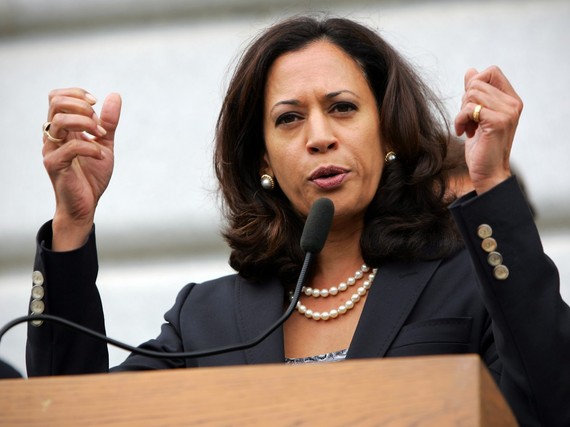 California is a funny place. In some ways it's ahead of the curve -- think, I don't know, crop-tops and the Apple watch -- in other ways it's, well, on a par with Uganda. The recent advancement of the "Sodomite Suppression Act" and the Attorney General's hamstrung reaction is a case in point.

The brainfart of an obviously demented and likely soon-to-be disbarred attorney from Huntington Beach named Matt McLaughlin, the proposed ballot measure takes advantage of system that was established way back when it was considered, I don't know, CRAZY in America to advocate, at least publicly, for vigilante executions of friends, neighbors and family members. After a creepy religious preamble, the meat of the proposed ballot measure requires "any person who willingly touches another person of the same gender for purposes of sexual gratification be put to death by bullets to the head or by any other convenient method."

Despite being an obviously frivolous proposal with no chance of being implemented, we are being told (gleefully in internet troll-holes like breitbart.com) that it's hard, if not impossible to stop the advancement of the measure to the signature phase. Individuals of conscience, for whom the constant assault on the humanity of their friends, family and neighbors, whether on the basis of race, ethnicity, nation of origin, gender or sexuality, seems never-ending, are cautioned in our outrage to respect the process, respect the First Amendment rights of those who would gladly put a bullet in our heads.

You know, what's the harm anyway? The worst that could happen is that the state is seen as reluctantly approving of hate speech that poisons public discourse, promotes actual physical and psychological violence in our communities, reinforces and contributes to continuing marginalization that results in depression, drug abuse, homelessness and suicide, all of the things that help a healthy commonweal thrive.

What's the best we can expect for allowing McLaughlin and 3,800 of his closest friends to troll the entire state of California and force us back to square one in a public discourse that systematically dehumanizes and advocates for the murder -- let that sink in, folks -- of our friends, neighbors and loved ones? Well, we can look forward to lots more trolling of our democracy, first and foremost. At $200 a pop, it's a bargain. Trolling-wise, you get a lot more mileage out of a ballot measure than a comment to a post on Slate. Best case scenario: makes a total mockery of our political system and gives McLaughlin a shot at becoming a Fox & Friends anchor.

Let me be frank. Of course California AG Kamala Harris has a choice. There is always a choice. Even if it's Civil Disobedience in the cause of a humane public discourse, it's a choice. She could refuse to advance this proposal and take the consequences of doing the right thing (which would likely be winning Barbara Boxer's seat in 2016 in a landslide and having a shot at a future presidential run). In a time when folks on the right, from cakemakers to congressmen to high court judges, feel no compunction to obey any laws that don't sit with them, the left, inheritors of the civil rights movement, supposed champions of equality, have forgotten how powerful simply taking a stand against inhumanity can be.

It all starts with taking a stand.

More likely, our public discourse will once again be hijacked by trolls. But, hey, if that's how it's going to be, let's troll! I hate to go there, but one way to test the assertion that proposals like this can't be stopped is to flood the system with proposals that target others in a similar outrageous and utterly unacceptable ways. What if Californians flooded the AG's office with ballot proposals, thousands upon thousands of them? Calling for laws requiring we chop off the hands of lefties? Or requiring us to gouge out the eyes of anyone with green irises? Death by beheading for natural blonds? Or you could go the straight Biblical route of crazies like McLaughlin. So much baby-killing in the Bible, and women and old people, and, well, just everyone. "Kill them all," God instructs Ezekiel, "old and young, girls and women and little children."

Ooh! Or here's one: how about the "Kill the Attorneys" bill?

Nah, that one would never get past the AG.