By: Alex S. Weiner, Esq., Partner at TheLegalBlitz.com
This is only a portion of the article. To read the complete article, please CLICK HERE. 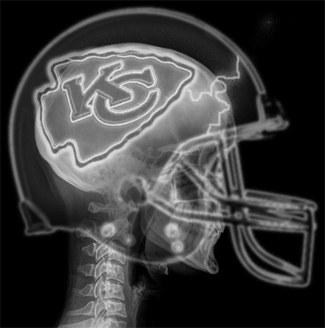 The Kansas City Chiefs are in hot water. They had a sizable lead over the Colts for much of their first-round playoff game, and were still handed a loss. Their star player Jamaal Charles left the game injured. Moreover, the organization's troubles are not limited to the field. The family of former Chiefs linebacker Jovan Belcher -- who killed his girlfriend and then committed suicide in the Arrowhead Stadium parking lot in 2012 -- has filed a wrongful death suit against the Chiefs, contending that "repetitive brain trauma" and negligence by the team's staff caused the ensuing tragedies. A number of former Chiefs have also sued the organization on the basis that it hid the risks of permanent head and brain injuries from concussions occurring between 1987-1993, some of which is attributed to the hard artificial surface of Arrowhead Stadium at the time.

The various lawsuits have been filed in the Circuit Court of Jackson County, Missouri. On the forefront of concussion litigation, and a Missouri attorney himself, is Paul D. Anderson. Mr. Anderson (@PaulD_Anderson) graduated summa cum laude from the University of Missouri-Kansas City School of Law and now practices at The Klamann Law Firm in Kansas City, MO. The former judicial clerk now runs NFLconcussionlitigation.com to provide up-to-date coverage and legal analysis of the lawsuits filed by former NFL players against the NFL regarding its alleged concealment of the risks associated with concussions. You may recall that we caught up with him back in September 2012 when the NFL players' lawsuit in Philadelphia was still underway.

What is the extent of your involvement in each of the lawsuits involving the Kansas City Chiefs organization?

I'm co-counsel with a formidable team of legal heavy weights. Kenneth McClain serves as our lead trial lawyer and Dirk Vandever serves as our medical-legal expert. There are also several other members of our team that will play an instrumental role throughout this litigation. This is the same group I assembled to represent the family of the late Derek Sheely in a wrongful death lawsuit against the NCAA, et al. Our team is nationally recognized for pioneering several areas of the law, and we are highly regarded for obtaining substantial verdicts on behalf of our clients.

Let's focus on the Lewis lawsuit. Many readers are interested in how it got off the ground. What can you tell us about the process of getting these clients together and also the addition of other players/teammates that later joined?

As you know, I've closely followed the NFL Concussion Litigation from the sidelines during the past two years. I served as a legal commentator and refrained from taking an active, adversarial role. To my surprise, before any discovery, a proposed settlement was announced prior to the start of the 2013 NFL season.

After the principal terms of the deal were publicly announced, it became clear that most injured players would not be adequately compensated. Former players started to contact me expressing their discontent with the proposed deal. They asked if I'd be willing to continue the fight to expose the NFL's and the clubs' wrongful conduct. I felt that I had an obligation to the players and the public to leave my role as a commentator and enter the ring of litigator to uncover exactly what the Chiefs knew and when they knew it. To that end, I assembled my legal team and we created a strategy that distinguishes our lawsuit from the NFL litigation.

This is only a portion of the article. To read the complete article, please CLICK HERE.