Kanye West has a reputation for being a bit... high-maintenance. The rapper is so demanding and exacting that we sort of feel bad for A.P.C. designer Jean Touitou, who worked with Kanye on his new A.P.C. capsule collection.

Touitou told GQ that he didn't actually know who Kanye was when he arrived in his studio two years ago. West was introduced to Touitou as "Kenny" and submitted a vague request for "advice on the fashion industry." Touitou obligingly sat down with him, heard him tell his story and eventually agreed to do a small capsule collection with him.

"Small" being the operative word. The A.P.C. collection comprises a mere three pieces -- a pair of jeans, a t-shirt and a hoodie.

And yet those three pieces took two years to make. Touitou told W, "It took us two years to create just three items... Kanye has strong obsessions and wants to go in so many different directions -- basically, he wants to redo the whole universe. When we finally finished this collection, I felt like, Okay, if I made this happen, then I can achieve peace in the Middle East." (Emphasis ours.)

You hear that, diplomats? First you conquer Kanye, then peace in the Middle East. After two years working with West, everything else will seem laughably simple.

There's only one photo of the elusive A.P.C. collab so far... and it's hard to imagine just how amazing these jeans, tee and hoodie must be to have made two years of work worth it. We have our doubts. 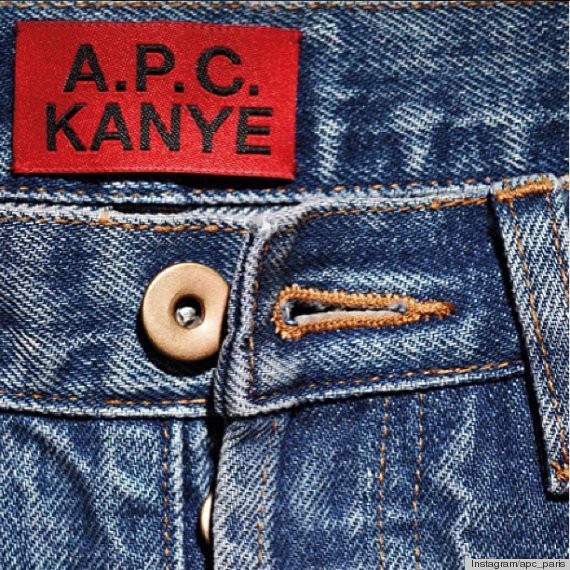