The hip hop artist/fashion designer/all around impresario showed up at the rallies in downtown Manhattan on Monday. Russell Simmons, who has been involved with the protests for some time, tweeted a picture of West on his way down.

West, of course, became known for his unscripted televised moment in 2005, when he said, "George Bush doesn't care about black people" during an appeal for aid to the victims of Hurricane Katrina. 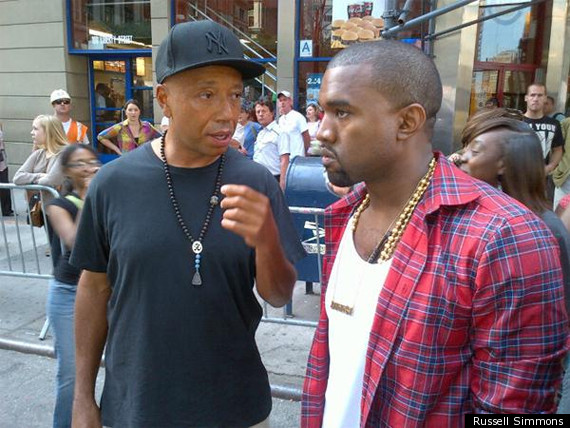