If you haven't already heard, Kanye West is selling "Yeezus" Tour t-shirts emblazoned with the confederate flag. While we're not shocked by this controversial move -- we're also not amused.

Nevertheless, we've been patiently waiting for the outspoken star to explain why he decided to use the historically racist symbol for his Wes Lang designed concert merch.

That moment came during an interview at Los Angeles' 97.1 AMP radio station on Monday. The "Blood On The Leaves" rapper shared his thoughts on the backlash he's getting about the products and his aim to reappropriate the flag.

“React how you want. Any energy you got is good energy. You know the confederate flag represented slavery in a way -- that's my abstract take on what I know about it. So I made the song ‘New Slaves.’ So I took the Confederate flag and made it my flag. It's my flag now. Now what are you going to do?”

Well, there's not much we can do. Kanye isn't only selling these items at his concerts -- the 36-year-old star also just opened a pop-up shop in L.A. filled with his Confederate flag gear.

“I just think people look cool in it. They look nice. And it’s colorless also," Kanye told Los Angeles 97.1 AMP. "It’s super hood and super white boy approved at the same time. That’s really what my style has always been."

Despite Kanye's explanation, some critic still find it hard to believe that folks will be walking around in Confederate flag threads courtesy of a black man. If anyone is still unclear on the history behind the flag, Al Sharpton sums it up nicely:

"The Confederate flag symbolizes dehumanization, injustice and pain. It is a stark reminder of an era in our history that was defined by the abhorrent practice of slavery. And it is representative of a mentality that looked upon Blacks as inferiors who needed to remain in the shackles of subservience. If you don't believe me, ask family members of those that were beaten, castrated and lynched under the guise of that Confederate flag."

Check out the video above to hear Kanye's full explanation and let us know what you think about the matter in the comments section below. 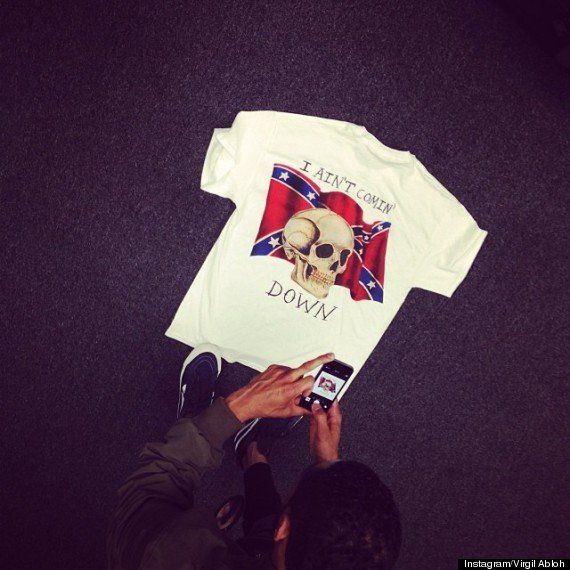