The good news about the new Kanye West song? The phrase “poopity scoop” is nowhere to be found. The bad news? It’s mostly about how he “would smash” wife Kim Kardashian’s sisters: Kylie Jenner, Kendall Jenner, Kourtney Kardashian and Khloe Kardashian.

On Saturday morning, the controversial rapper dropped his new song “XTCY” via DJ Clark Kent’s Twitter account months after he released his eighth studio album, “Ye,” amid a slew of projects produced in Jackson Hole, Wyoming.

“XTCY” is not so much a song as a three-minute free association about West’s “sick thoughts,” of which apparently he has many.

“You got sick thoughts? I got more of ’em / You got a sister-in-law you would smash? I got four of them,” he rapped on the track’s opening lines. “Damn, those is your sisters / You did something unholy to them pictures.”

He added: “Damn, you need to get locked up / Nah, you need a bigger hot tub.”

And if it’s any consolation (it’s not), West goes onto admit that he “thought of all of this on ecstasy.”

The Yeezy designer was apparently inspired by sister-in-law Kylie Jenner’s 21st birthday party last week at the Hollywood hotspot Delilah, where the KarJenners gathered for a group shot of the sisters, and momager Kris Jenner, giving the finger to the camera.

Guests at the pink-themed birthday bash included Bella Hadid, French Montana, The Weeknd, Meek Mill and Dave Chappelle, who hopped on the mic to serenade guests with Lauryn Hill songs.

The Instagram, which was later shared far and wide, is the cover art for the new song, except with Khloe and Kris’s faces cropped out of the photo.

Sex certainly seems to be on West’s mind, as he made clear during his revealing 21-minute interview on “Jimmy Kimmel Live!” last week.

For what it’s worth, Khloe was once asked to play the game “Shag, Marry, Kill” on “Watch What Happens Live with Andy Cohen” with her sisters’ significant others at the time: Scott Disick, Tyga and brother-in-law West.

Family dinner is going to so awkward this week. 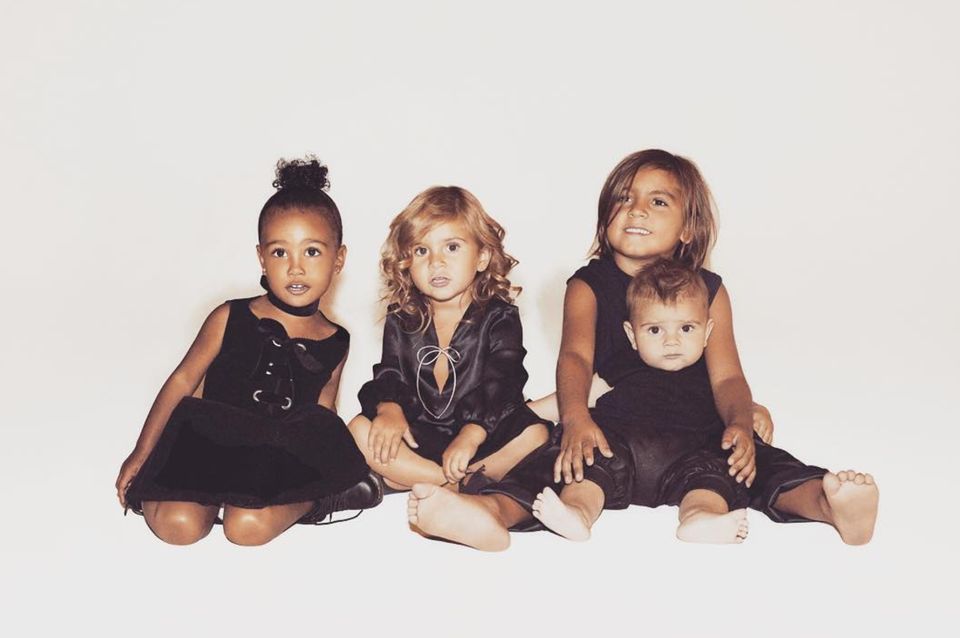