Another day, another ridiculous fashion quote from Kanye West.

The designer, Balmain model and personal stylist was a presenter at The Daily Front Row Fashion Los Angeles Awards earlier this week, and in true West form, he had quite a few things to say about the industry.

First, West honored every single person in the world as a "fashion insider," because "it's illegal to be naked." Hmm, okay. And then he opined:

Heavy stuff. Yet, this isn't the first time West has connected fashion to, well, something much bigger. Here are five other times West was so serious about fashion, we just had no idea what he was talking about:

That time he talked to GQ about wearing layers: 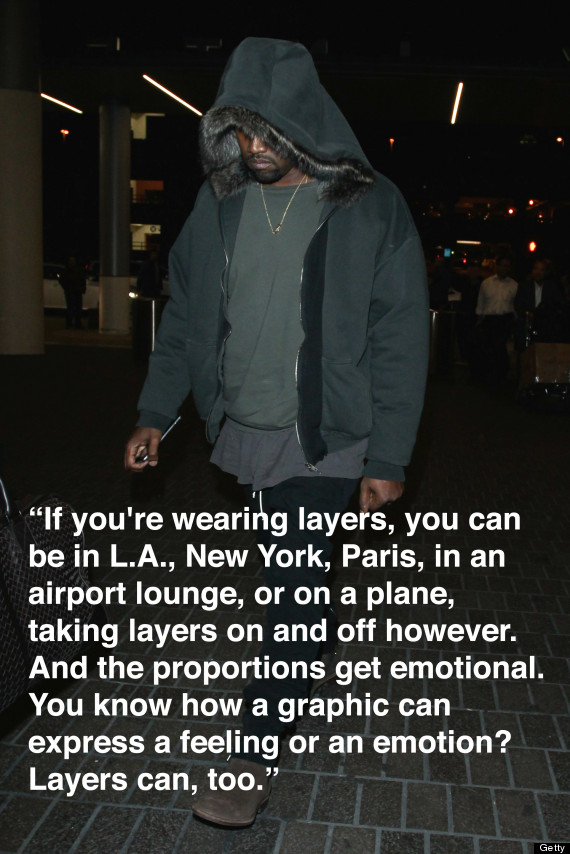 And when he told GQ about the relationship between personal style and math: 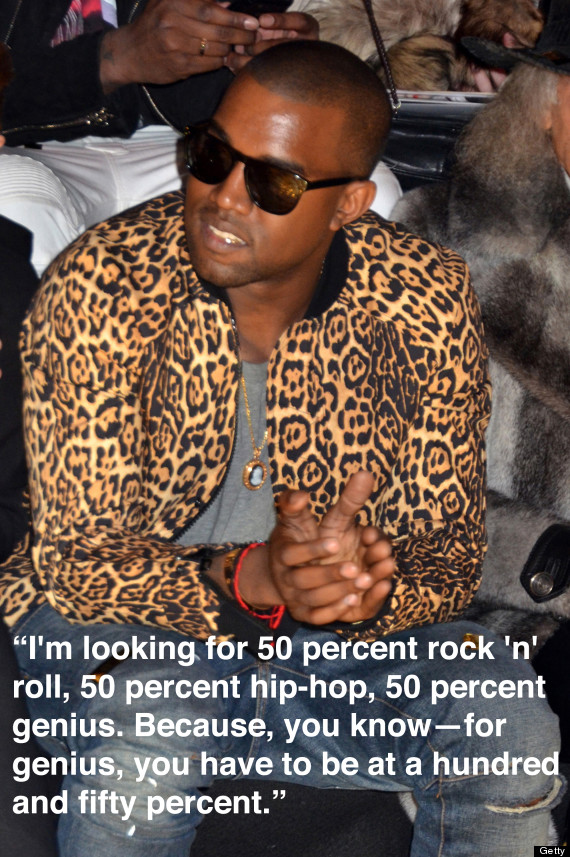 That time he told Zane Lowe that leather jogging pants were his idea: 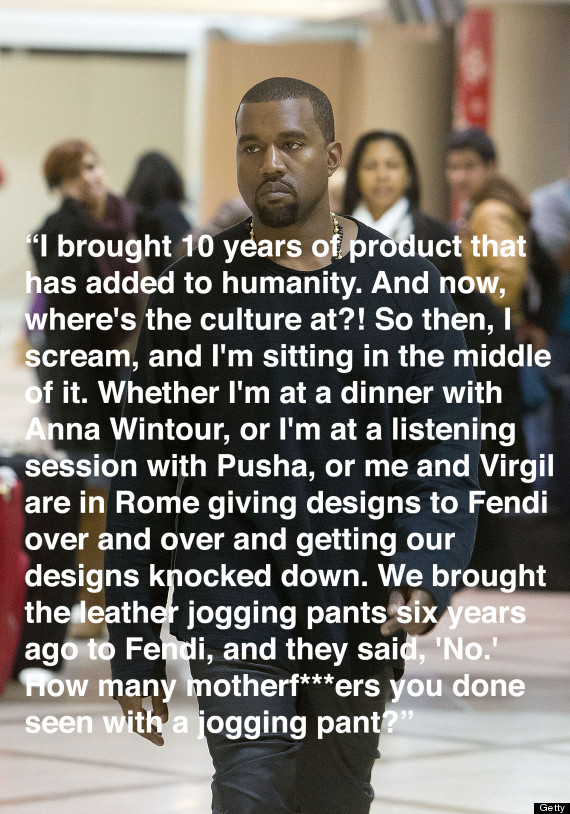 That time he discussed the importance of wearing shoes in the interview with Zane Lowe: 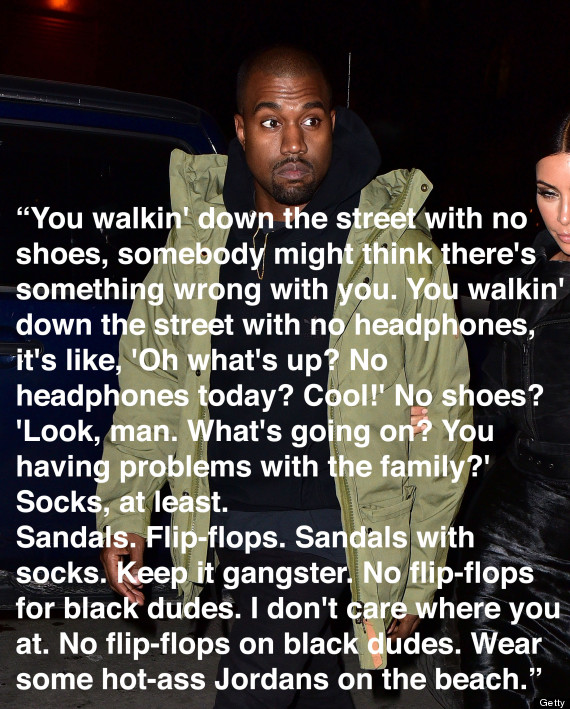 And that time during a New York Times interview, when he said that people should respect the amazing talent he has for setting trends: 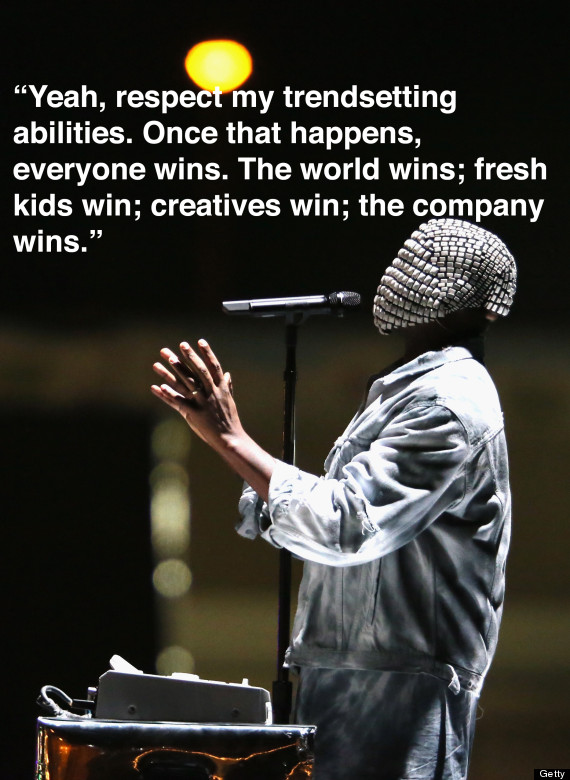