Newsflash: Kanye West and North are unrecognizable in the Kim Kardashian: Hollywood game because neither one is actually in it.

Glu Mobile, the company behind Kim Kardashian's game, shared an image of the newest arrivals to the wildly popular app in a tweet on Thursday. The image shows three digital characters: a man dressed in a black and gold T-shirt standing next to a woman in a pink Kardashian-esque dress holding a baby girl with two buns in her hair.

Are you ready for the newest arrivals to the #KimKardashianGame? pic.twitter.com/CPjbXl2dVZ

Some were quick to point out that the characters, seemingly meant to be West and baby Nori, look nothing like the two. But Glu told The Huffington Post the characters are not West and North at all.

Kardashian has added multiple members of her family to her famous mobile app, including her sisters and her mom. If West and North are added to the game, fans can rest assured they will look exactly like the real-life versions.

"The look of the game was really important to me," Kardashian told AdWeek in March. "I must have pulled thousands of references of all the different ways that characters should have their hair, the outfits and the shoes. One time there was a strap wrong on one of the character's shoes -- her feet weren't matching. I had to change the programming to fix that. It was important to me that everything is right." 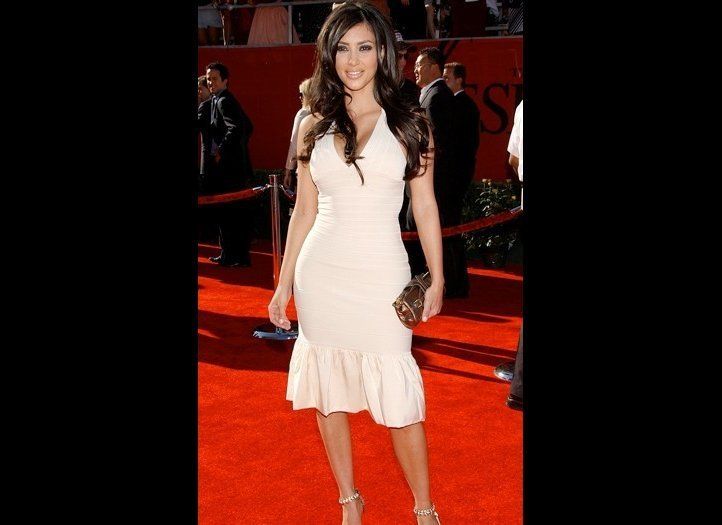