"Banned in the USA!!! They don't want me chilling on the couch with my phoenix!" he tweeted with the image below.

Kanye continued over a series of tweets:

In the 70s album covers had actual nudity... It's so funny that people forget that... Everything has been so commercialized now.

In all honesty ... I really don't be thinking about Wal-Mart when I make my music or album covers #Kanyeshrug! I wanna sell albums but not at the expense of my true creativity.

So Nirvana can have a naked human being on they cover but I can't have a PAINTING of a monster with no arms and a polka dot tail and wings.

But was the cover art really banned? According to the LA Times it was not, but Kanye may have decided not to use it so that stores like Wal-Mart would display his album:

A source familiar with West's discussions with Universal Music Group's Island Def Jam on the cover art agreed to speak solely on the condition of anonymity, proclaiming that he did "not want to lose my job over this." The source seemed to indicate that the debate over the artwork was not one that was cut-and-dry. West was strongly urged to use alternate art, the source conceded, but added that West "was told if he wanted to do it, the label would stand behind him." 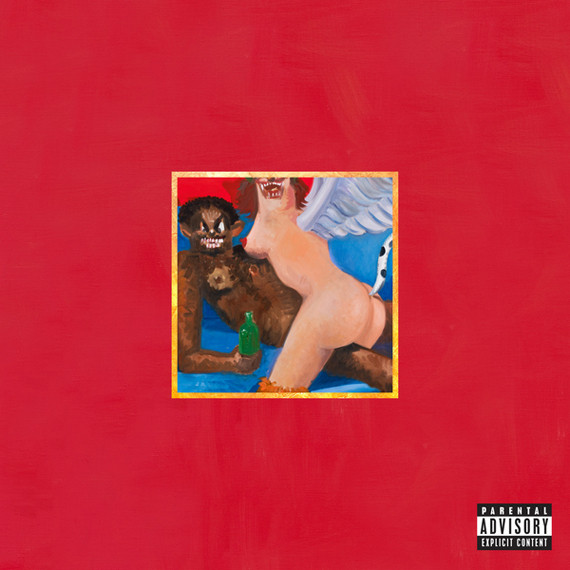