From leather kilts (don't call it a skirt) to bedazzled masks, Kanye West has really been upping the ante on inventive rapper stage wear. His newest addition to the Yeezy Lookbook, however, may take the cake. (See photo below.)

West recently took to the stage in Abu Dhabi in some next-level outerwear. He had on a straitjacket (perhaps more commonly spelled "straight jacket"), restricting his movements and making clever commentary on the many times he's been called "crazy." (West has addressed this line of criticism before; at a recent concert in Atlantic City, New Jersey, he told the crowd that he's "not crazy," but rather "not satisfied.")

Is it really that odd, however, for a performer to take an outfit from Harry Houdini's closet? Complex Magazine has compiled an extensive list of rappers, singers and pop stars (think 'N Sync) who have worn straitjackets before. The only major difference between this long line of self-containment and what West has done is that most other performers wore their jackets on magazine covers (Lil Wayne, Tupac), album art (Twista, Tech N9ne) or in music videos (B.o.B., Game).

In any case, expect West's jacket to have been designed by a glitzy fashion house. After all, his kilt is Givenchy and the flashy ski mask is Maison Martin Margiela. 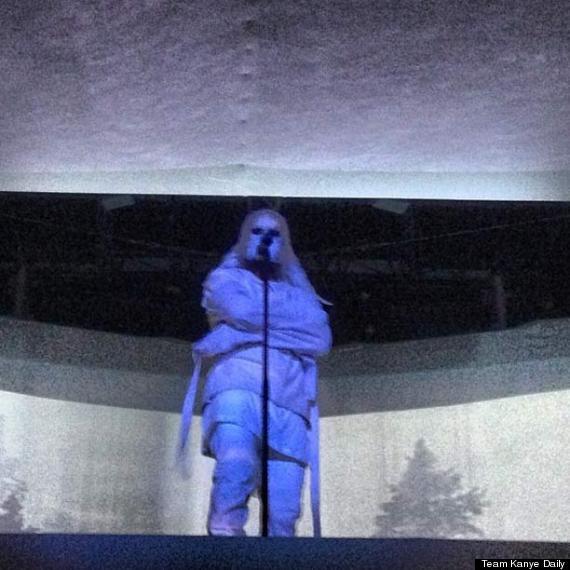