Don't mess with the 'Ye. While performing in Paris with buddy Jay-Z as Watch the Throne, Kanye West shot down an ardent fan in the audience who had been presumably pointing a laser at the stage. In a video posted on YouTube, West can be heard mumbling "don't f**k with the lasers" into his microphone as "Flashing Lights" (from 2007's "Graduation") gears up in the background. A few seconds into the song, West abruptly stops the performance, then points to the left-hand section of the stage.

"You see this guy right here with the green laser? Don't f**k with everybody's show. This is not a fucking game… You're going to get f**ked up and kicked out, I don't want that sh*t. So chill the f**k out," West instructs the crowd, before getting back to business.

While in Paris, Beyonce, Gwyneth Paltrow and Justin Bieber attended a Watch the Throne show; Jay and Kanye also made news for performing "N****s in Paris" an epic 11 times. 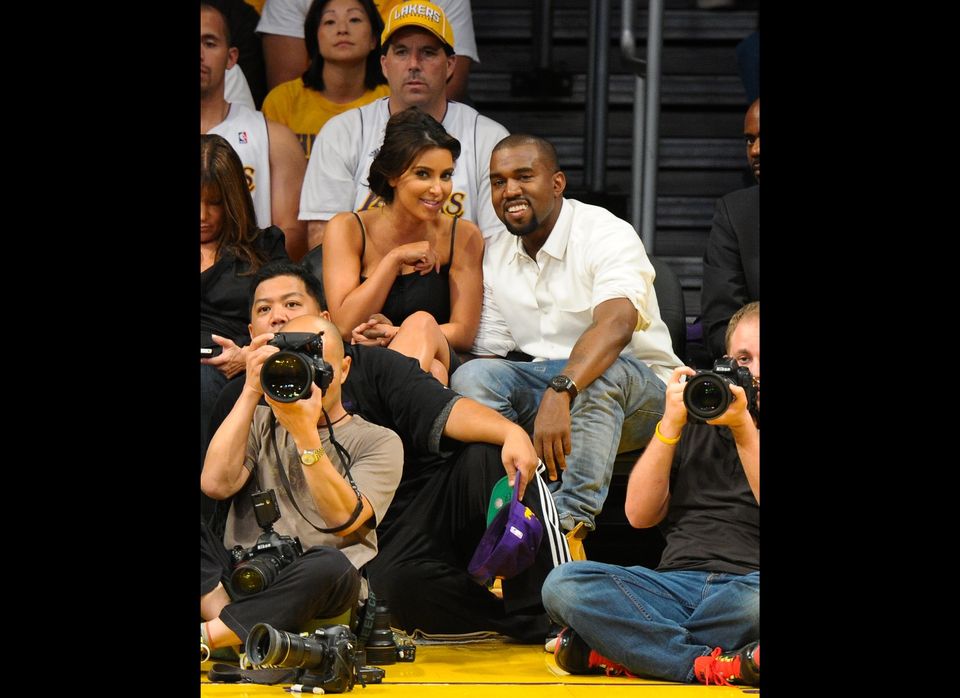 1 / 10
Celebrities At The Lakers Game
LOS ANGELES, CA - MAY 12: Kim Kardashian (L) and Kanye West attend the Los Angeles Lakers and Denver Nuggets Game 7 of the Western Conference Quarterfinals in the 2012 NBA Playoffs on May 12, 2012 at Staples Center in Los Angeles, California. (Photo by Noel Vasquez/Getty Images)
Getty