They may be beautiful. They may be dark. But the fact that someone was twisted enough to pay $93,000 for them -- that's not a fantasy.

You guessed it, we’re talking about a pair of Nike Air Yeezy II sneakers designed by rapper Kanye West that, yes, fetched almost $100,000 on eBay Wednesday, according to USA Today (h/t Bloomberg). Set for “limited” release to the public Saturday, the shoes, similar to those already worn by West collaborator Jay-Z and Miami Heat sensation Lebron James, are highly anticipated. Yet it's hard to ignore the fact that bids for other pairs of the same shoes aren’t exceeding $3,000.

Still, basketball shoes selling in the five-figure range isn’t unheard of. A pair of limited edition silver Air Jordans sold for $60,000 at an eBay auction in June 2011, according to BornRich. Likewise, diamond studded Nike Air Force 1s reportedly went for $50,000, while purchasing one of 12 pairs of signed Air Jordan I shoes will set you back $25,000.

But when it comes to the price tag of some ladies’ shoes, the Air Yeezy’s seem like a bargain. They may not be from Sierra Leone, but the diamonds on a pair of Stuart Weitzman Cinderella Slippers worn by country singer Alison Krauss at the 2004 Oscars makes them worth an estimated $2 million, TLC reports. Of course, no one would say you’re a gold digger if you're sporting a pair of House of Borgezie’s $163,400 solid gold stillettos.

In fact, West himself has designed some high-fashion heels. A pair of shoes West designed for Giuseppe Zanotti were being sold for $5,887 at a French boutique.

Check out the Nike Air Yeezy II's below: 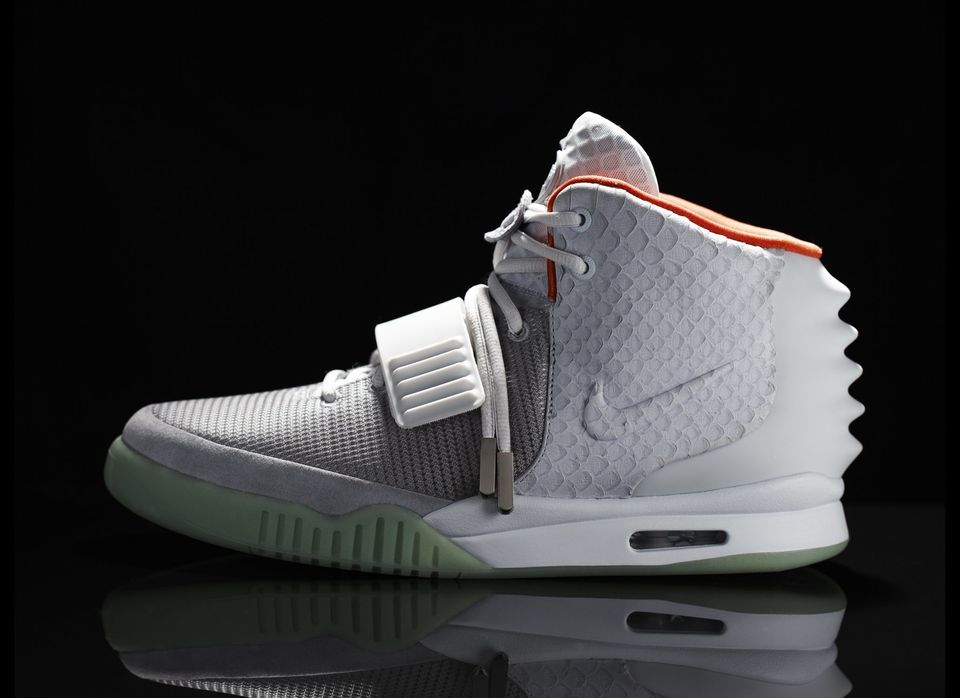