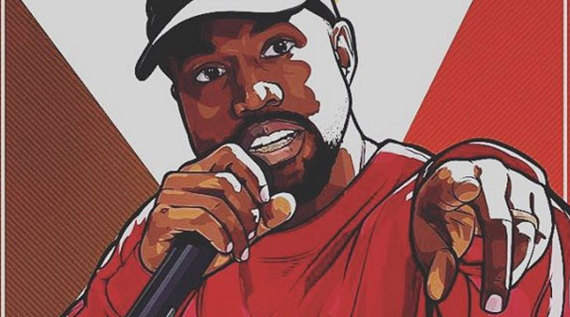 When I wrote that Kanye West's The Life of Pablo was the worst album release in music history a lot of people were angry, mostly because they have poor reading comprehension skills (they thought I wrote that it was the "worst album") and don't actually read the things they claim to be furious about. But that headline wasn't click-bait and it wasn't a troll. I quite literally meant exactly what I wrote in the headline, and backed it up by researching every album release of the modern physical and digital era.

I still feel very comfortable saying that TLOP is, without exaggeration, the most confusing and ineffective album release I've ever come across, and given how much money could have been made from a well-coordinated release, the potential revenue lost is staggering. As the days tick by though - it's now been almost a month since it "dropped" - TLOP is moving further away from a mere poorly executed release and closer to something like fraud.

To quickly recap, for the 500 million-plus people who downloaded the album through unofficial channels this is essentially a theoretical discussion, but for the people who have paid hard-earned money for an album that has yet to materialize, this is very real. When people purchased tickets to the livestream of TLOP, either at Madison Square Garden or at one of the theaters worldwide that broadcast the stream, they were told their ticket purchase included a pre-order of the album. As those people have sought after the album they paid for, they've been told only that "Kanye still intends to release the official version" but that they have no real idea when that version will be finished and when they can expect it.

Beyond just the ticket holders, a lot of people (Kanye refuses to release hard stats on how many) paid $20 to download the album via TIDAL, only to have that download cancelled and be told, similarly, that TLOP is unfinished and they'll receive a copy when it is without any indication of when that will be. That also means that the version of the album that a reported one-and-a-half million people who subscribed to TIDAL in order to stream have so far paid for is an incomplete and unfinished product they're being charged even more for as the weeks tick by, although hopefully they're getting some other benefit from the service besides the one album, if they haven't already cancelled their subscription.

None of this would necessarily be a problem, or at least not such a big problem, with some clear communication. I think everyone would prefer the best album possible, and all Kanye would have to do is say, "I appreciate your patience, I'm working on giving you your money's worth, and it will be done by [x date]." But instead he's done the opposite. The last we heard a month ago was that Kanye was "fixing Wolves" and since then he's been mostly silent on any TLOP updates, instead tweeting that he's begun work on a new album and insisting that he'll never release another CD. At this point, how could anyone be even remotely confident that they'll ever get the album they paid for?

This has nothing to do with race or art or rants or dismissive "crazy" labels or any of the issues that usually come up when we talk about Kanye West. This is purely about a lot of people paying for a product it's increasingly looking like they'll never receive, and that's bullshit. If you paid for a ticket to the movies and then when you got to the door they told you to go home, the movie actually wasn't done yet, and a month had gone by with no indication of a refund or when you'd be able to come back to see it, you'd be pissed. If you paid for a Netflix subscription so you'd finally be able to watch Breaking Bad and then as soon as they took your money they removed it, or the version of the show they had turned out to be incomplete or unfinished, you'd be pissed. This really isn't any different. As a culture we may have already moved on, in the internet age TLOP musically already feels like "old" news, but I'm not about to let millionaire artists and giant corporations take people's money and hope everyone forgets and moves on. The rest of the media apparently has.

What's particularly disheartening on a larger level too is that the lesson of TLOP so far for the general population has been "just download music illegally, those streaming services are a rip off" and that's also bullshit. Kanye has a huge opportunity here to not just change the way music sounds, which he's done repeatedly, but change the way music is released, which he's never really done. A TIDAL release paired perfectly with the MSG show and global livestream could have truly moved us into the future by seamlessly integrating live events with digital music, but instead of an ultralight beam we got a flashlight with dead batteries. Here's to hoping Kanye figures out a way to turn the lights back on soon.

By Nathan S, the managing editor of DJBooth and a hip-hop writer. His beard is awesome. This is his Twitter. Art via Instagram.