Star songwriter, producer and former "American Idol" judge Kara DioGuardi reveals a painful past in her new memoir, "A Helluva High Note," according to excerpts published at E! Online.

The 40-year old music titan writes about myriad sexual assaults that she's suffered over the years, beginning with a series of molestations when she was just 11-years old. The pre-teen assaults came at the hands of a family friend who was in his late teens.

"On one particular day, he took me into the back shed of his house and put his hands all over my breasts and vagina," she remembers in the book. "I remember freezing and not knowing what to do."

Later, as she was moving up the music ladder, she fell victim to a music producer with bad intentions and a secret supply of date rape drugs.

"[W]ithin a few hours, he was on top of me, pumping, sweating, and speaking to me in Spanish, not a word of which I could understand," she writes of what was a terribly ill-fated business dinner.

It was reported that DioGuardi, a judge on "American Idol" for two seasons, was fired from the show (something her father confirmed in an August interview); she disputes that notion, saying that while she began to hear rumors about her job security, she asked to be released from her contract due to stress, the long hours spent working and her inability to get pregnant.

"I felt like I won the lottery when I joined 'American Idol' two years ago, but I feel like now is the best time to leave 'Idol,'" she said in a statement in August when she officially departed.

Despite the personal tragedies and "American Idol" setback, DioGuardi's life is looking up. She has a new show on Bravo debuting in May, called "Going Platinum," which will pit artists against each other in a songwriting competition.

For more from DioGuardi's memoir, click over to E! Online. 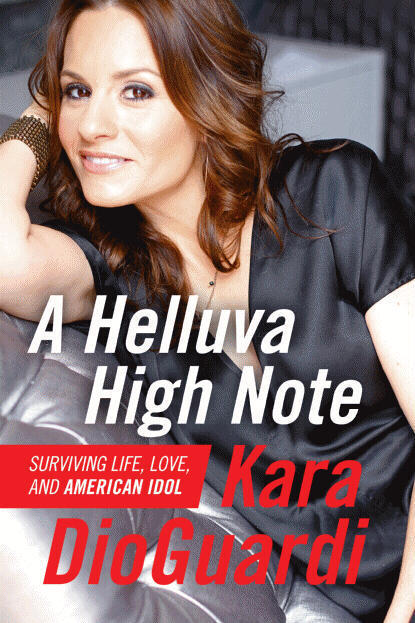