When Miss District of Columbia Kára McCullough was crowned Miss USA 2017 on Sunday night, she made history. It was the second year in a row that a contestant from Washington, D.C., nabbed the competition’s top honor.

Described by contest officials as “one of the most intelligent contestants in recent memory,” the 25-year-old scientist beat out Miss New Jersey Chhavi Verg for the crown.

McCullough was born in Venice, Italy, and raised in Virginia Beach, Virginia. She graduated from South Carolina State University with a bachelor’s degree in chemistry and works for the U.S. Nuclear Regulatory Commission.

Last year, D.C. resident Deshauna Barber, an Army Reserve officer and IT analyst, was named Miss USA 2016. On Sunday, she honored her late mother by wearing her natural hair for the final walk as Miss USA, a decision that was celebrated on Twitter.

Deshauna honors her mothers as she takes her final walk as #MissUSA. pic.twitter.com/KBqnUk2qIy

Deshauna Barber does her final walk in her natural hair as a tribute to her mother, who died this year. So touching. #MissUSA

Prior to winning the crown, McCullough’s answers about health care in the Q&A portion of the competition sparked some controversy.

"I'm definitely going to say it's a privilege." Listen to your new #MissUSA talk about healthcare in the USA. pic.twitter.com/CzPBeaTYHO

McCullough was also asked if she considered herself a feminist.

Many on Twitter criticized her responses while others rushed to McCullough’s defense.

After Miss DC replied Healthcare is a privilege and not a right 😑 #MissUSA pic.twitter.com/W6AeQzg01Y

Everyone is freaking out because #MissUSA gave conservative answers to the onstage questions. What happened to respecting everyone's beliefs

New #MissUSA says healthcare is a privilege and not a right, and that she's an "equalist" not a feminist! Beauty and brains. She is amazing! pic.twitter.com/O4iyaY67xr

After the show, McCullough celebrated her win by offering some life advice.

“I just take life as it comes,” she said. “And if I could encourage anyone else in the world to do that ― please, just take your time. Understand the process is so much more important to focus on than just looking at the outcome.”

"Everything has just been so surreal." We're backstage with your new #MissUSA. pic.twitter.com/eXq0jT1sfX

McCullough will next go on to compete in the Miss Universe pageant on behalf of the United States. 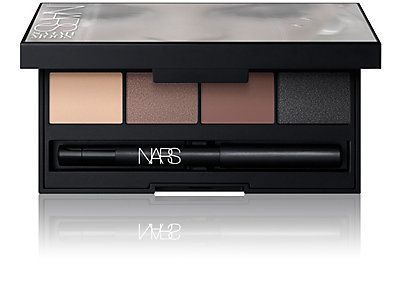