There's no better way to end a long night of getting wasted in Seoul than with a few rounds of ear-busting, brain-pounding karaoke. 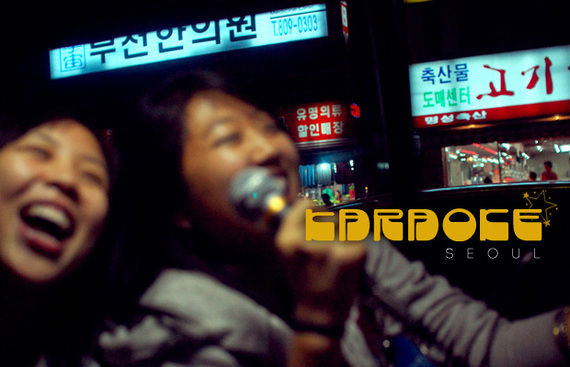 With millions of Koreans channeling their inner Britney each day, there is no better way to sing to the tune of a local in Seoul, than getting wasted and belting out "Baby One More Time," over and over again.

Starting Off With a Noraebang

Invented in Japan in the 1970s, karaoke travelled to Korea in the 1980s and never left. Koreans refer to karaoke as noraebang or "song room," which is exactly where you'll be going with your falsetto-fabulous Korean friends in Seoul. A private room designed for you to pretend like you're on an arena stage in front of five to 30 of your new besties, noraebangs are everywhere in Seoul and easy to spot even if you don't read Korean. Look for a neon sign (possibly flashing) with a microphone or musical symbol and chances are, you've hit the right note. 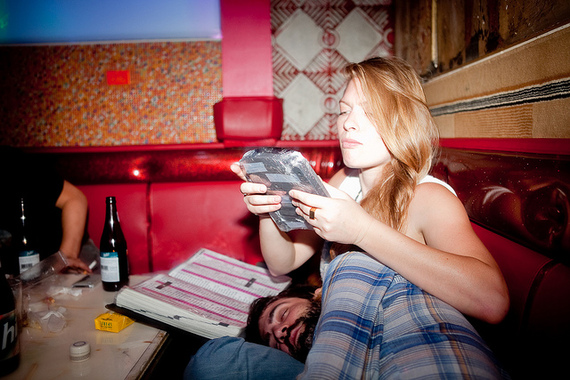 After long binges out on the town, most nights tumble into a screeching climax at a noraebang, where you can sing your heart out until someone's ears bleed. The monster song books are normally filled with thousands of songs in Korean and English (a few German songs might be thrown in there too). This is the time to drop your inhibitions and embrace your pop princess. Don't fret if you need backup, most rooms are equipped with two microphones. If you really get into the groove, pick up one of the tambourines that come with most rooms and add a little jangle to your jingle. Copious amounts of soju (and snacks) brought to the room keep liquid courage on tap so you can squeal and shimmy until sunrise. 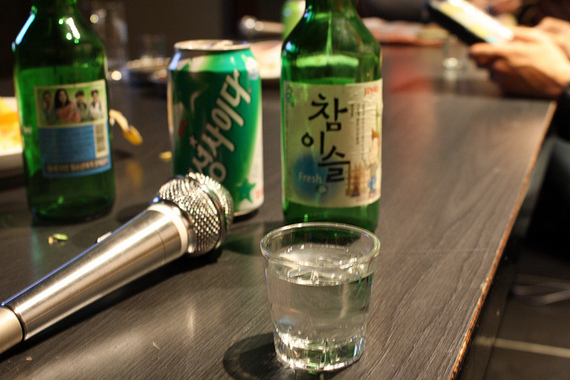 Russians have vodka, Americans have Budweiser and Koreans have soju. The most popular spirit in Korea has been getting peeps in the party mood since the 13th century. Since then, Koreans have been suckin' down this clear and mild(ish) tasting sauce like water that gets you schwasted. Traditionally distilled from rice, nowadays soju is often combined with another grain, like wheat, or barley -- and even comes in fruity flavors, like apple. Friends don't let friends drink soju alone -- it's most commonly enjoyed in large groups with food. Remember to mind your soju manners, kids: two hands are better than one when offering, accepting and drinking; and your hands should never pour your own glass -- out of respect, let someone else do the dirty work. Now back to the music.

We All Scream For Noraebang 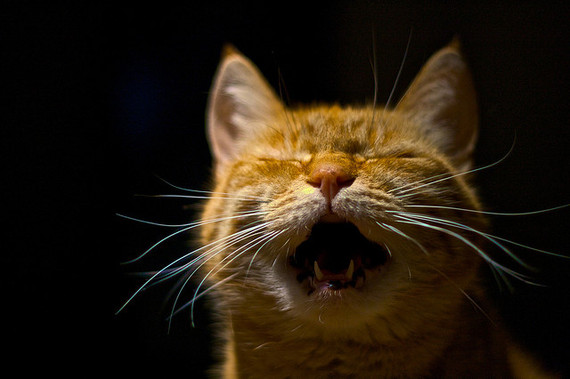 Each noraebang in Seoul is an opportunity to enter a unique, themed wonder-world of amateur song. If you really want to go out with a bang, hit up Luxury, a noraebang in Hongdae, which looks like a ginormous, neon dollhouse. If singing in Barbie's dream palace isn't enough, Luxury offers free ice cream! Feeling furry? HiStory noraebang in Kongkuk gives you an opportunity to wear animal costumes while singing (because belting out Donna Summer in regular people clothes isn't ridiculous enough). They also offer free ice cream! You scream, I scream -- just try not to scream in the microphone.

We know you wouldn't go to town on all the pop classics back home, but traveling should loosen up your inhibitions (and belt buckles). Nobody cares if you sound like your balls haven't dropped. Grab the mic, check check one two it a few times, and get all Mariah Carey on its ass.