It looks like this animal print outfit is a Kardashian family favorite.

Three of the Kardashian ladies -- Kim, Khloe and youngest sister Kylie Jenner -- were spotted wearing the same animal print jumpsuit on three separate occasions. Coincidence? Probably not. The jumpsuit just so happens to be a part of their Kardashian Kollection Clothing Line for Sears.

Khloe wore the 'cat suit' in one of the advertisements for the campaign, while Kim sported the suit, adding a belt, at the clothing line's launch party in Hollywood in mid-August. Kylie was the third, but probably not the last Kardashian to show off the spotted one-piece, wearing it to Duane McLaughlin's 'Ready To Live' album release party in New York City over the weekend.

You tell us, which Kardashian wore it better? 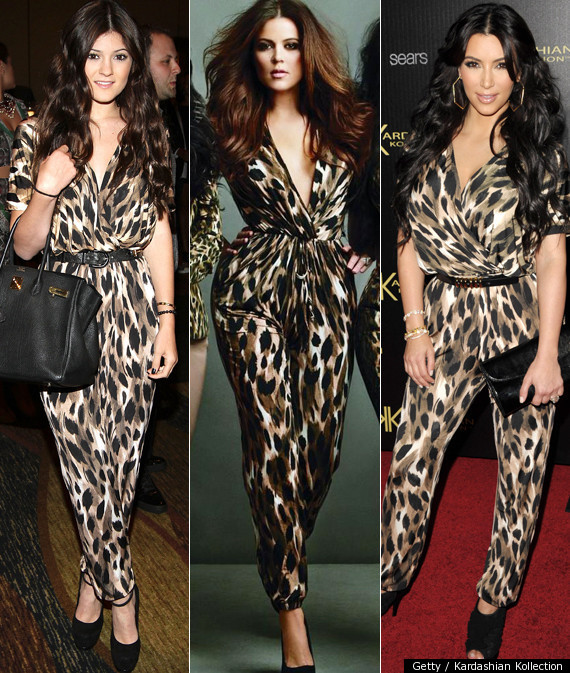