And that's a wrap, folks: The Kardashians' Khroma Beauty saga, played out in multiple lawsuits over multiple months, has finally come to a close.

Women's Wear Daily reports that Khroma Beauty, the Kardashians' makeup line, has been forced to change its name to Kardashian Beauty. The rebranding comes after eight months of legal battles in which the Kardashian sisters' Khroma Beauty line was accused of trademark infringement by Florida-based brand Kroma Makeup (no "h"), owned by Lee Tillett Inc.

Back in June 2012, Lee Tillett Inc. sent Boldface Licensing + Branding, Khroma Beauty's parent company, a cease-and-desist letter, accusing Khroma of stepping on its toes with such a similar name. Anticipating a lawsuit, Boldface Licensing + Branding filed a suit against Kroma Makeup in December 2012, looking to get a declaratory judgement from the District Court in California to put the debate to rest.

By March 2013, the case came before a U.S. District Court judge, who ruled against Khroma Beauty and issued a preliminary injunction against the brand, stating that Khroma Beauty was clearly harming Kroma Makeup's sales.

So Boldface Licensing + Branding appealed the decision, seeking to reverse the U.S. District Court's injunction. As of today, Women's Wear Daily reports they've had no such luck: The injunction was stayed upon appeal, preventing the sale of Khroma Beauty. As a result, Khroma Beauty has officially changed its name to Kardashian Beauty.

Which, if we're being honest, was probably what the line should've been called in the first place.

And that ends (hopefully!) the legal saga of Khroma Beauty. Until next time, when the next Kardashian legal drama rises... 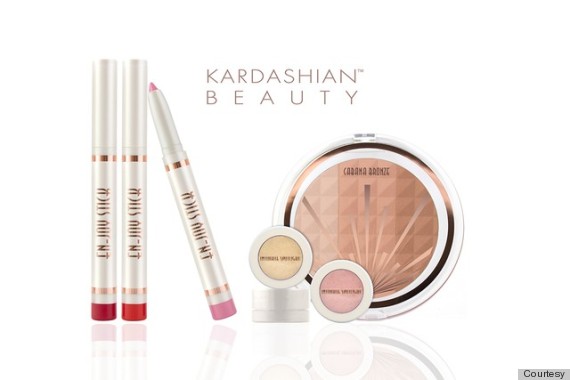 Some things change... but some things, like family and Kim's taste for tight clothing, never change at all: